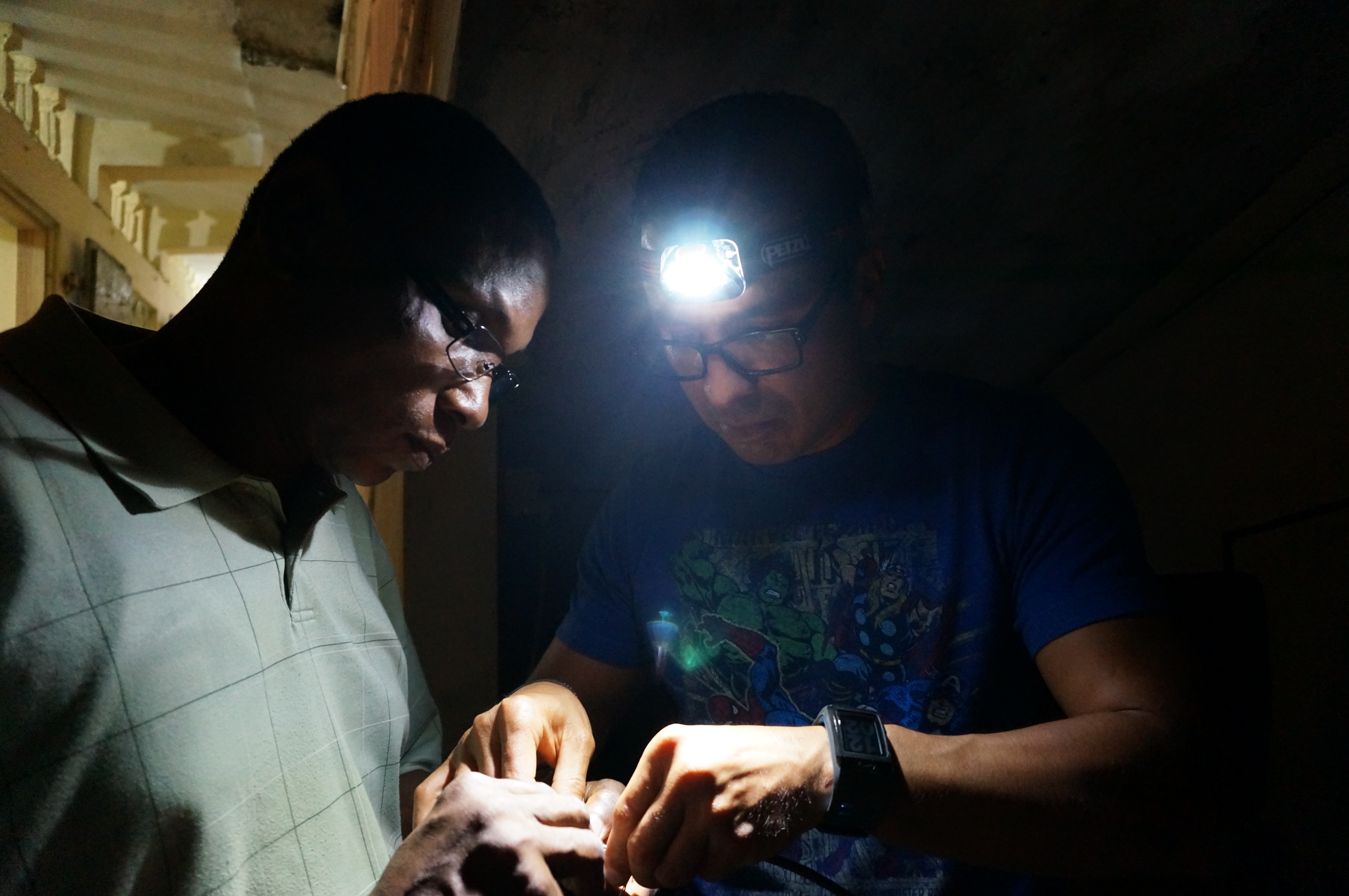 In this photo, the technical director of the BME Seismology Technical Unit, Jean-Robert Altidor (left), works with Irving Flores from the USGS (right) to establish internet transmission for a strong-motion earthquake monitoring instrument in the city of Les Cayes, Haiti.