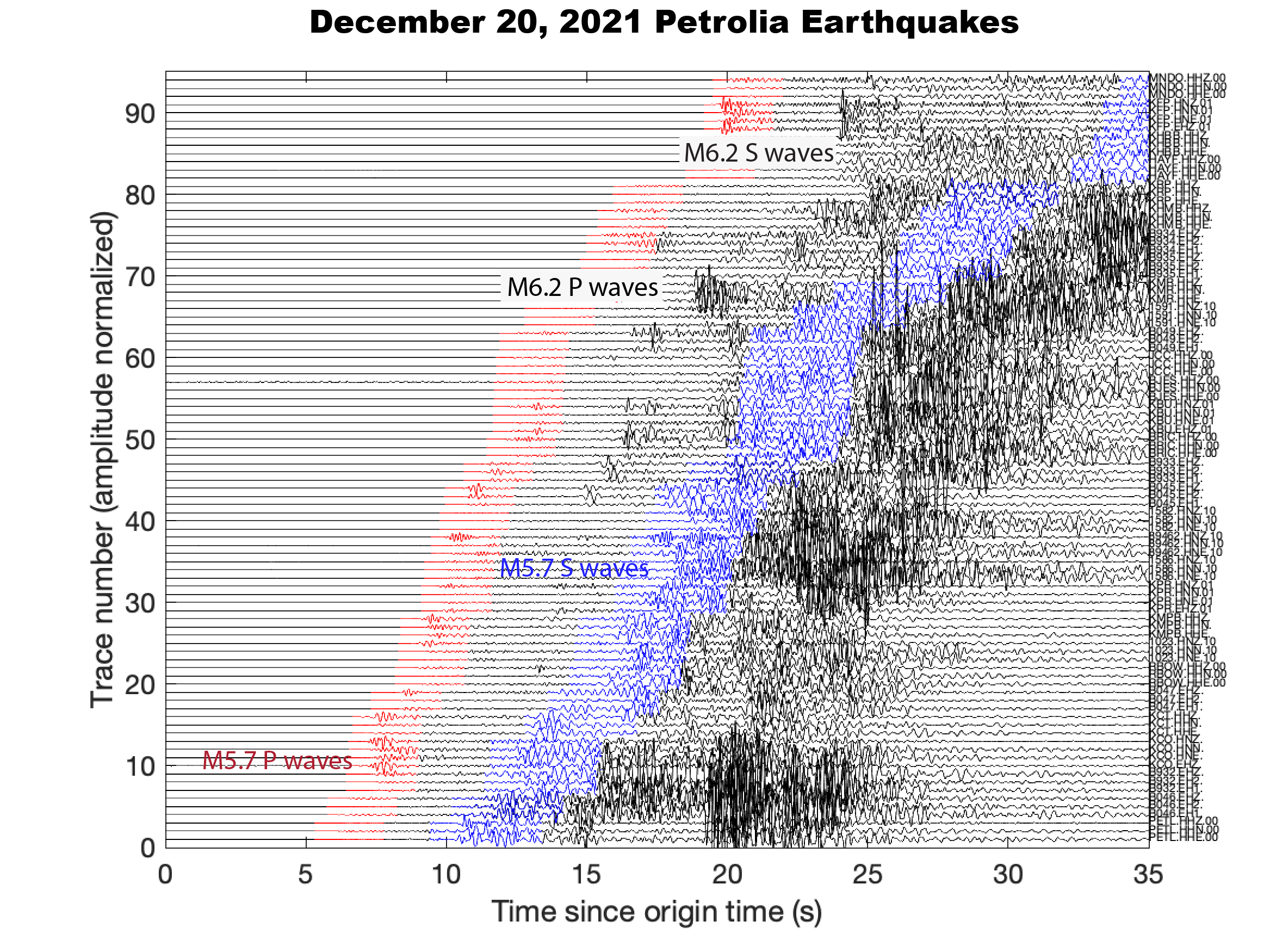 Seismic waveforms of the December 20, 2021 Petrolia earthquake recorded on 93 different seismic channels (station and channel listed at right).  Phase arrivals are highlighted for the initial offshore M5.7 event in red (P-waves) and blue (S-waves), based on phase arrival times from the Northern California Seismic Network (NCSN).  Many of the prominent arrivals between the red and blue are P arrivals from the subsequent onshore Mw 6.2 earthquake.  Later, large-amplitude waves may be S-waves from this second earthquake.