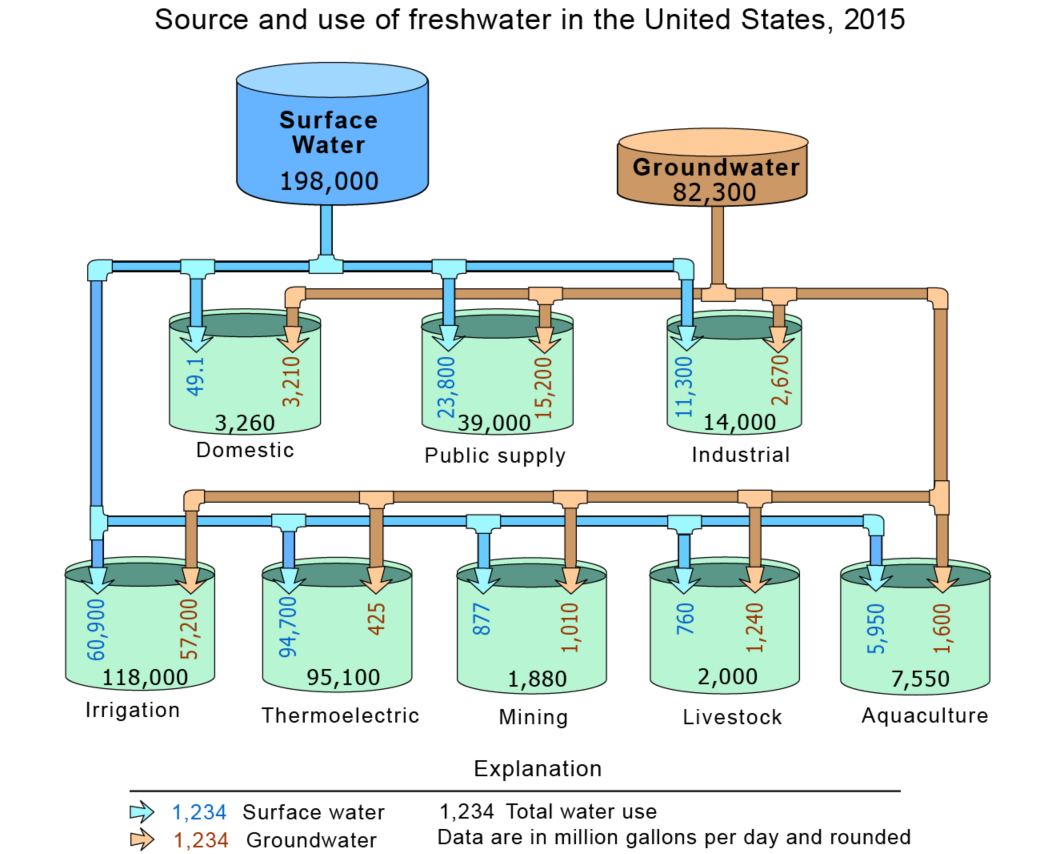 Source and Use of Freshwater in the United States, 2015

This diagram uses a "cylinder and pipe" layout to show the source (surface water or groundwater) of the Nation's freshwater and for what purposes the water was used in 2015. The data are broken out for each category of use by surface water and groundwater as the source.

Data are rounded and are reported in million gallons per day (Mgal/d).

The top row of cylinders represents where America's freshwater came from (source) in 2015, either from surface water (blue) or from groundwater (brown). You can see most of the water we use came from surface-water sources, such as rivers and lakes. About 26 percent of water used came from groundwater. The pipes leading out of the surface-water and groundwater cylinders on the top row and flowing into the bottom rows of cylinders (green) show the categories of water use where the water was sent after being withdrawn from a river, lake, reservoir, or well.

Each green cylinder represents a category of water use. The industrial cylinder, for instance, shows how much groundwater, surface water, and total water was used inthe United States, each day, by industries.