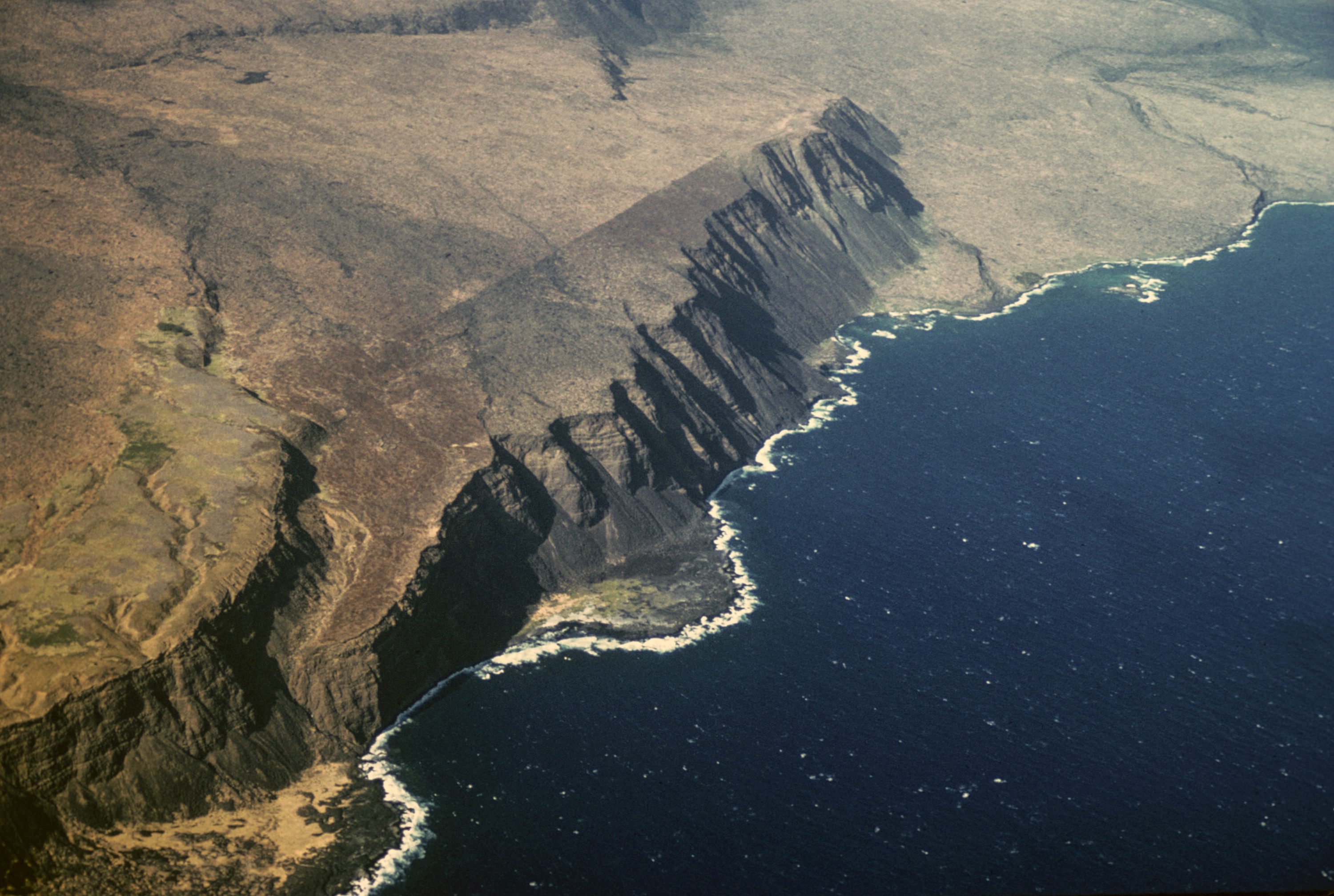 Seaward sliding of Kīlauea's south flank over many thousands of years has resulted in large ground displacements along shallow faults that break the surface, as shown by the cliffs ("pali" in Hawaiian) seen here. Most of the movement along the faults occur during sudden slip that cause large earthquakes. Scientists recently discovered that the south flank also moves seaward during a "slow-earthquake" type movement, during which the ground moves a few inches over one to two days. Halapē, located in upper right of photograph, moved seaward about 6 m (20 ft) and subsided about 3.5 m (11.5 ft) during the magnitude-7.7 earthquake on November 29, 1975.