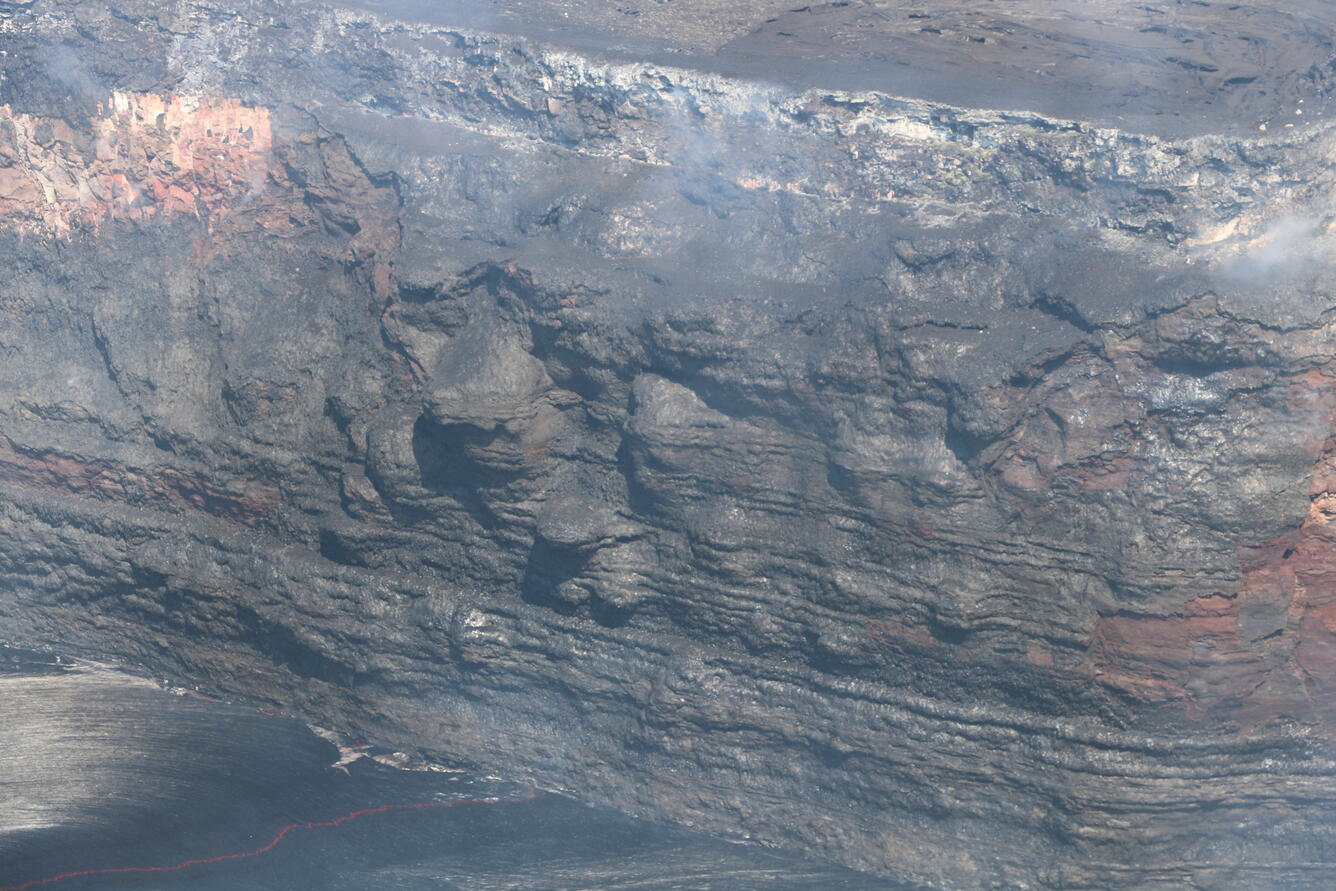 Telephoto image of the lava veneer on the 50.5 m (166 ft) tall eastern vent wall; the lava lake surface is visible at lower left. The solidified lava coating the vent wall is quite thick. Parts of it have bathtub rings, but much of it is composed of lumpy protuberances that might have been small ledges at the lake margin or ramparts that formed around spattering sources. If the lake level remains low, sections of this veneer will likely peel away from the vent wall and collapse into the lava lake.