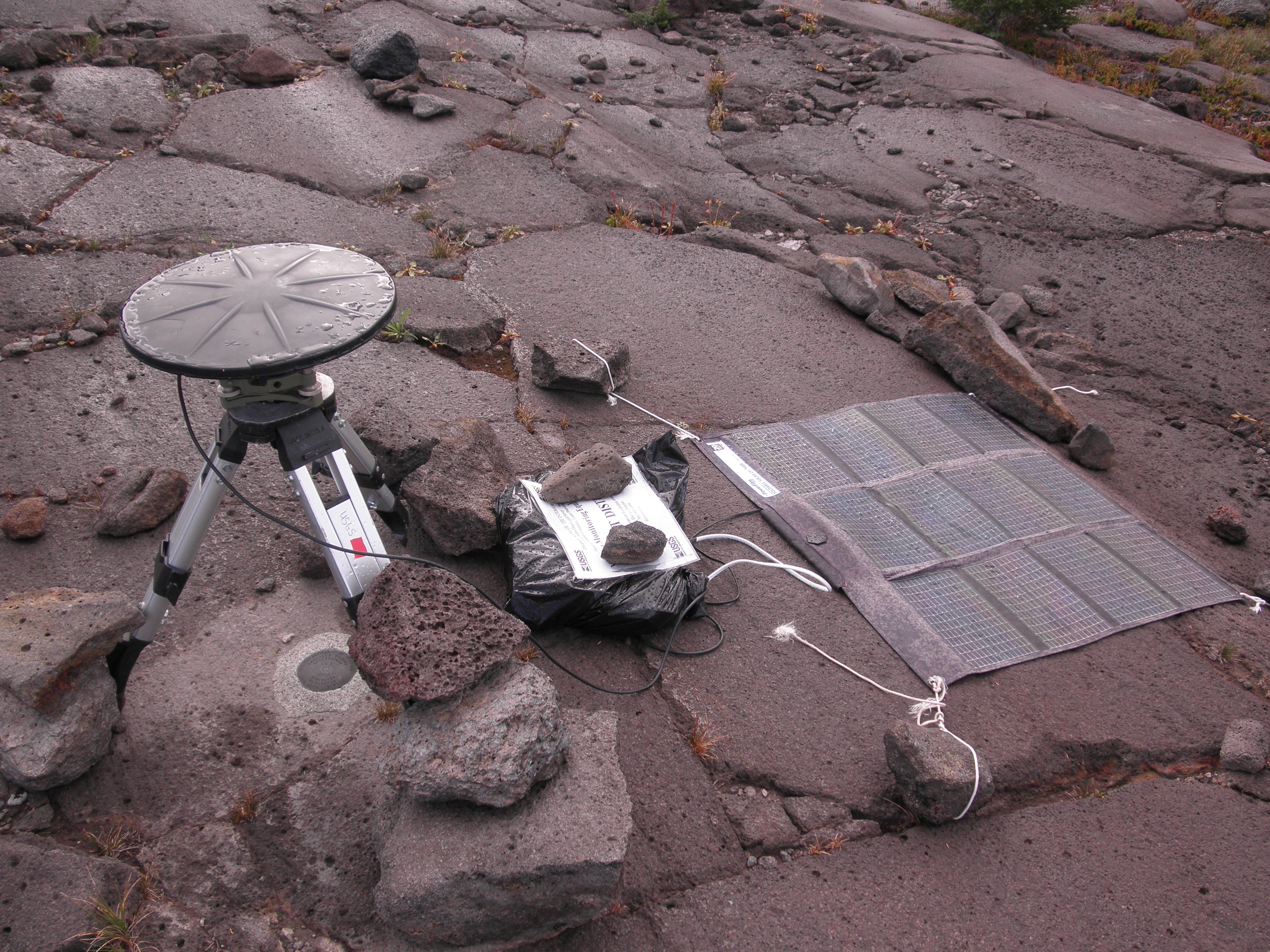 Temporary Global Positioning Systems (GPS) stations are deployed to determine if uplift continues in the Three Sisters area. Since surface changes were discovered in 2001, the rate of uplift has decreased to less than 1.0 cm (0.4 in.) per year. Similar inflation episodes, most caused by intrusion of new magma at depth, have been recognized at many volcanoes around the world, and probably went unnoticed before the development of modern monitoring techniques such as GPS and InSAR.