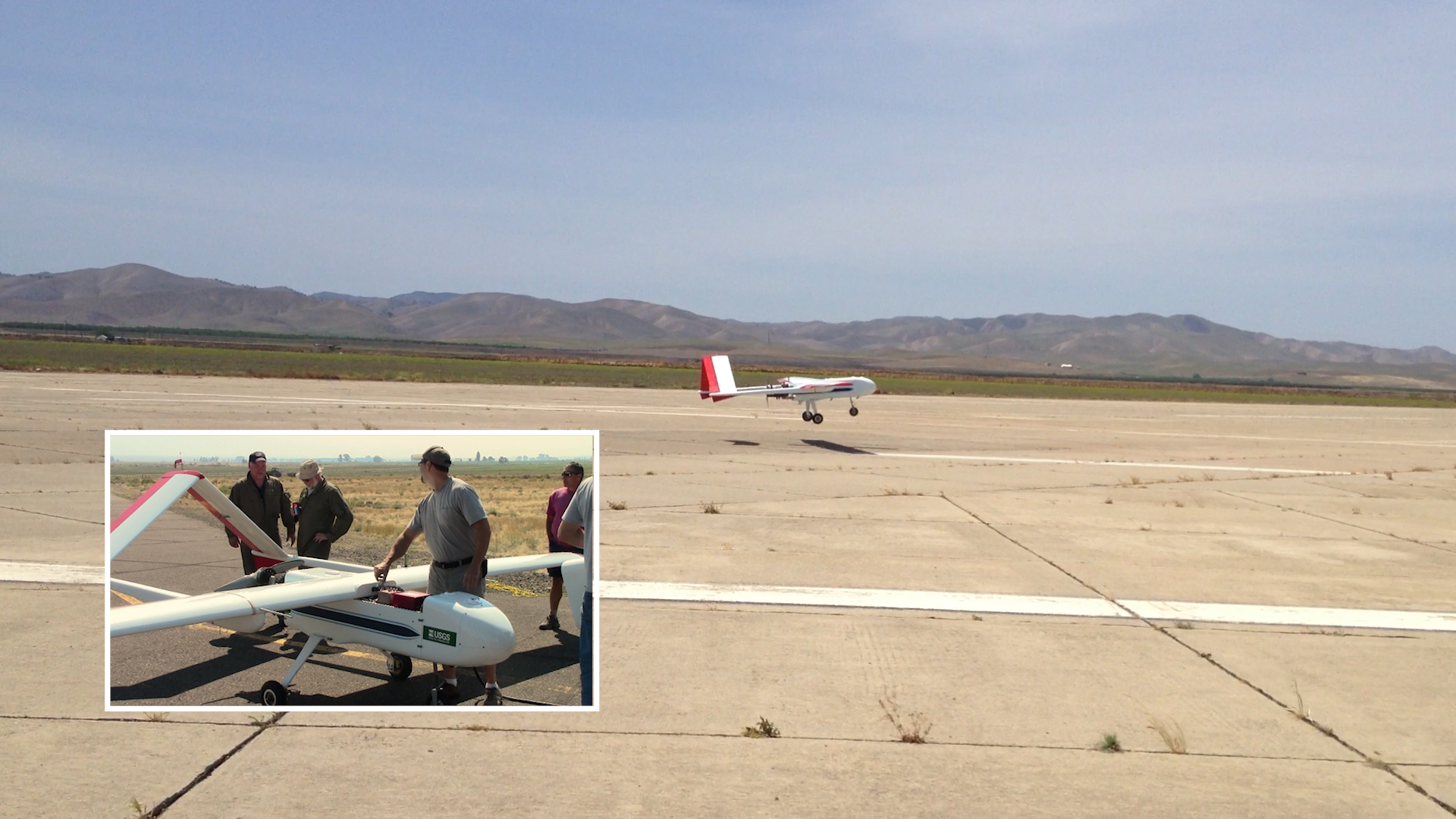 September 1-13, 2012, the USGS led a NASA-funded project, where a team of scientists and engineers, collected magnetic data using ground surveys and an aircraft that can fly without a pilot or crew, called an unmanned aerial system, or UAS, to map the geophysics below the surface of Surprise Valley, CA. The UAS shown here is known as SIERRA (Sensor Integrated Environmental Remote Research Aircraft).

The Geothermal Project team is leading an effort, in collaboration with NASA Ames and a number of other institutions from academia and industry, developing Unmanned Aerial Systems for collecting airborne data to aid geothermal research.