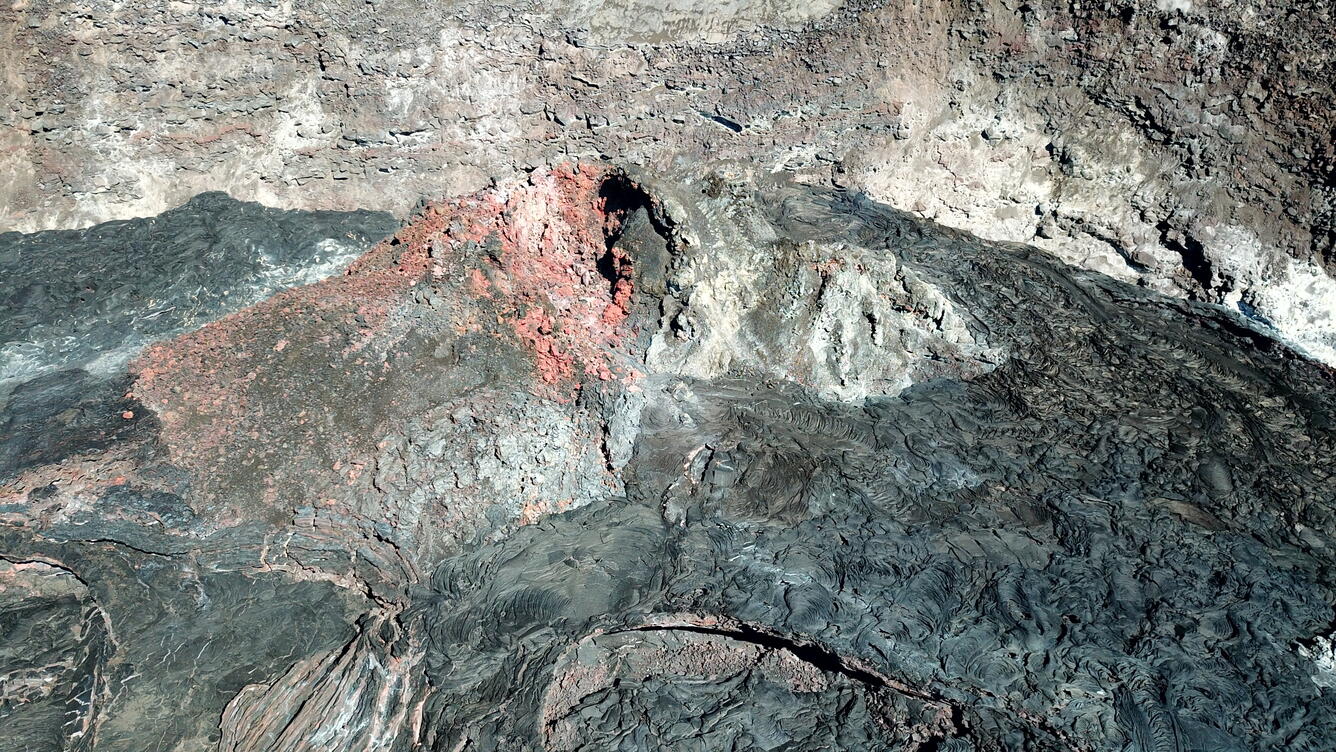 This close-up Unoccupied Aircraft Systems (UAS) photo of the inactive western fissure within Halema‘uma‘u was captured on Thursday, June 3, 2021, at the summit of Kīlauea. The recent pause in the eruption has allowed the USGS Hawaiian Volcano Observatory (HVO) UAS pilots to safely photograph the eruptive features from new angles. For scale, the tallest parts of the western fissure stand approximately 19 m (62 ft) above the surrounding Pāhoehoe flows in this view.

UAS photos like this help scientists to understand ongoing volcanic processes and their associated hazards, and to detect changes that might indicate shifts in the character of activity. USGS has special use permits from the National Park Service to conduct official UAS missions as part of HVO's mission to monitor active volcanoes in Hawaii, assess their hazards, issue warnings, and advance scientific understanding to reduce impacts of volcanic eruptions. Launching, landing, or operating an unmanned aircraft from or on lands and waters administered by the National Park Service within the boundaries of Hawaii Volcanoes National Park is prohibited under 36 CFR Closures & Public Use.