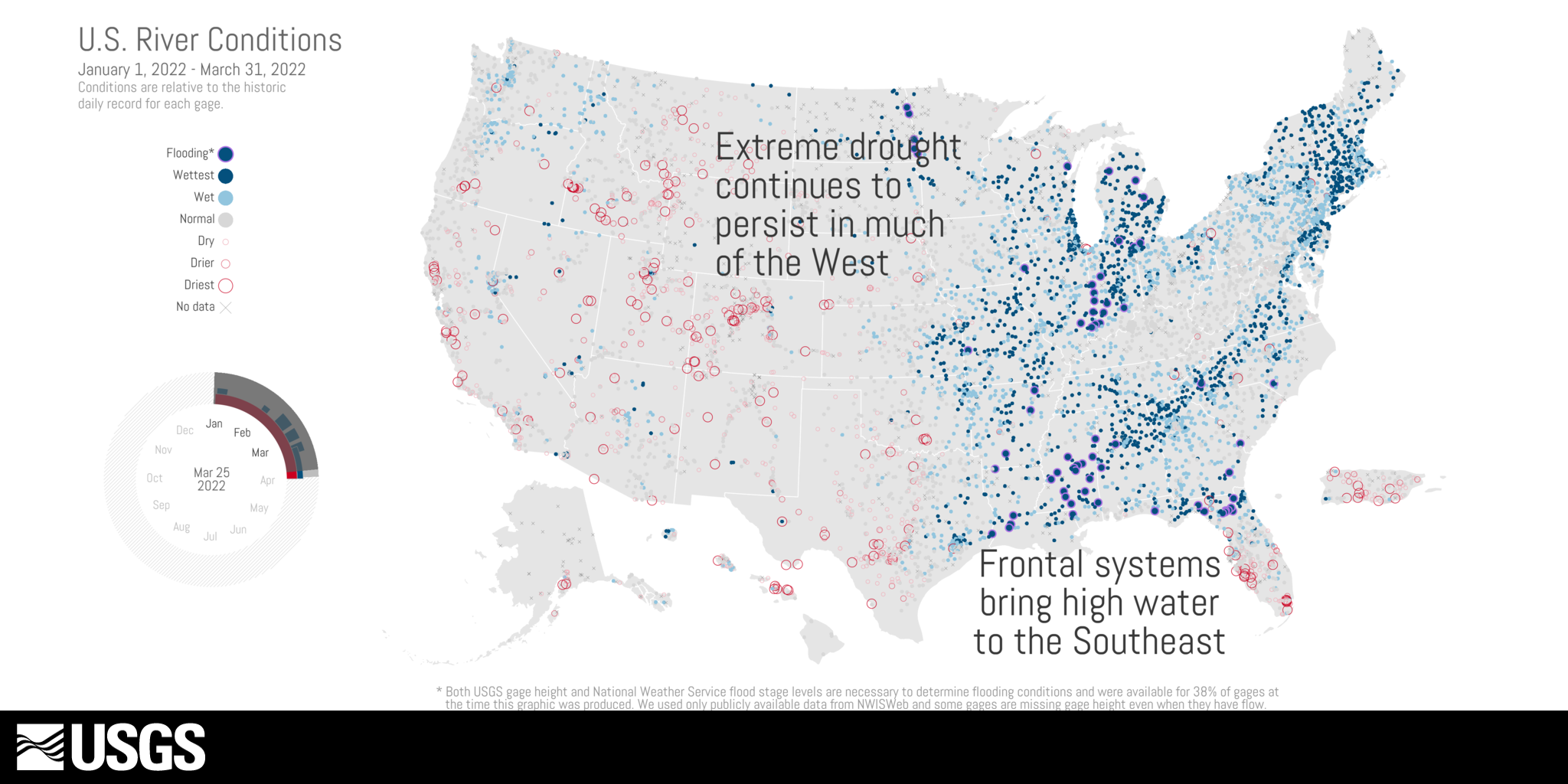 This is a still image from a video animation showing the changing conditions of USGS streamgages from January 1, 2022 to March 31, 2022. The river conditions shown range from the driest condition seen at a gage (red open circles) to the wettest (blue closed circles). A purple outer ring around a gage indicates it is flooding.

From January 4 to January 15, a long-duration atmospheric river brought rain to the Pacific Northwest. From January 16 to January 25, a system brought temporary relief to dry conditions in the Northeast. In early February, a frontal system brought high water to parts of the Eastern U.S. Following that, frontal systems brought high water to the Northeast and Midwest, persisting through March 21. Starting on February 24, an atmospheric river caused flooding in the Pacific Northwest. Frontal systems brought high water to the Southeast from March 9-31. For the entirety of this quarter, extreme drought persisted in much of the West.