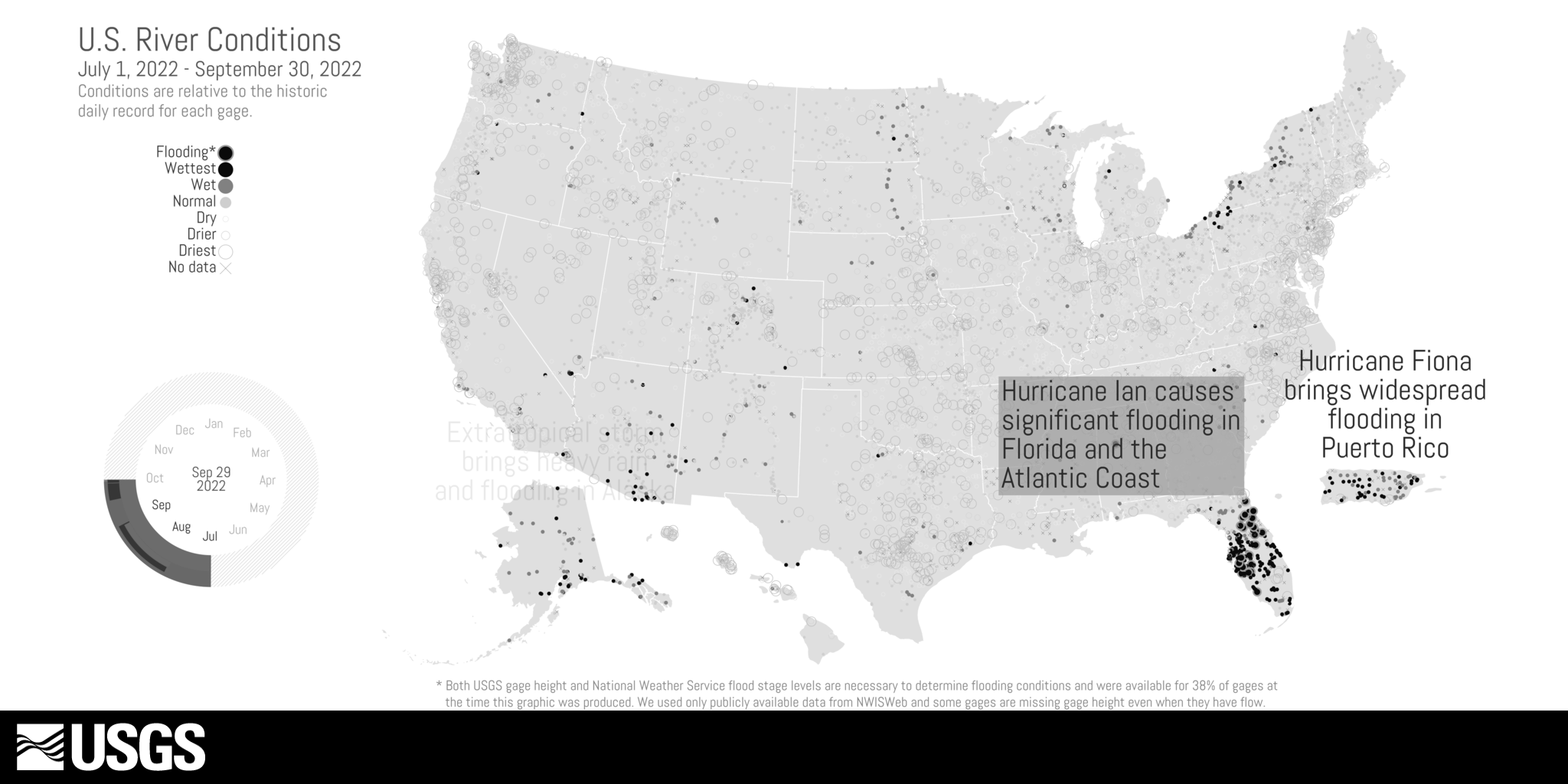 Drought conditions persist in the West through California, Oregon, Nevada, and Utah as well as for much of New England in August. August also brough relief from drought conditions with monsoon rains for much of Arizona, New Mexico, and Colorado. Flooding occurred in Eastern Kentucky and Central Mississippi during the end of July and August, respectively. In September, Hurricane Fiona made impact in Puerto Rico leading to reported fatalities, power outages, and damaged infrastructure. Similarly, Hurricane Ian impacted Florida and the Atlantic Coast causing significant flooding with reported fatalities, power outages, infrastructure damage, and more. During this time, Alaska saw heavy rains and flooding as an extratropical storm passed.