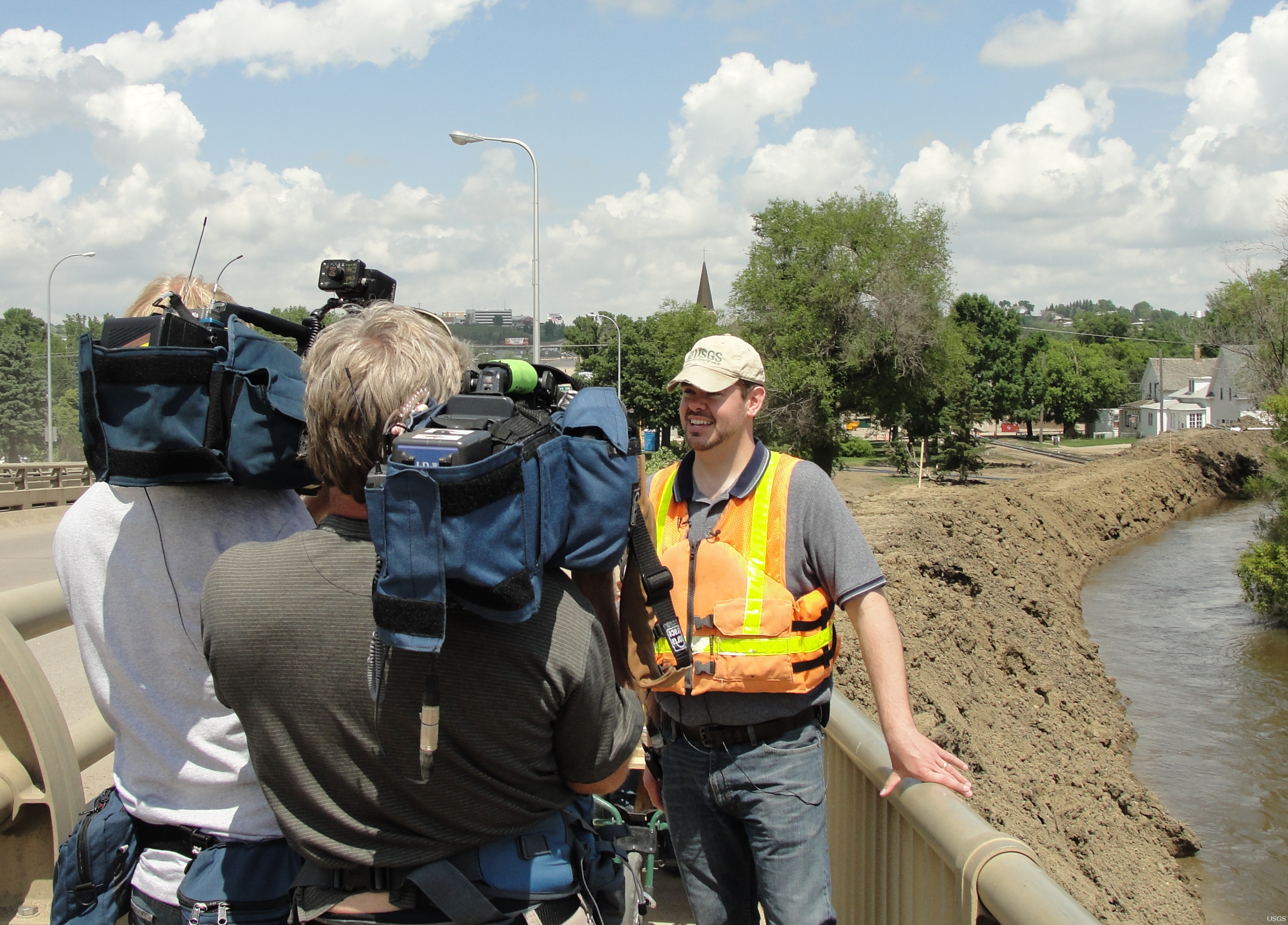 USGS hydrologist Chris Laveau is interviewed by media from the Broadway Bridge in downtown Minot, N.D. Dikes on the right of the photograph help control flooding in the downtown area.