USGS Scientist is Interviewed by Media at the Flooded Souris River 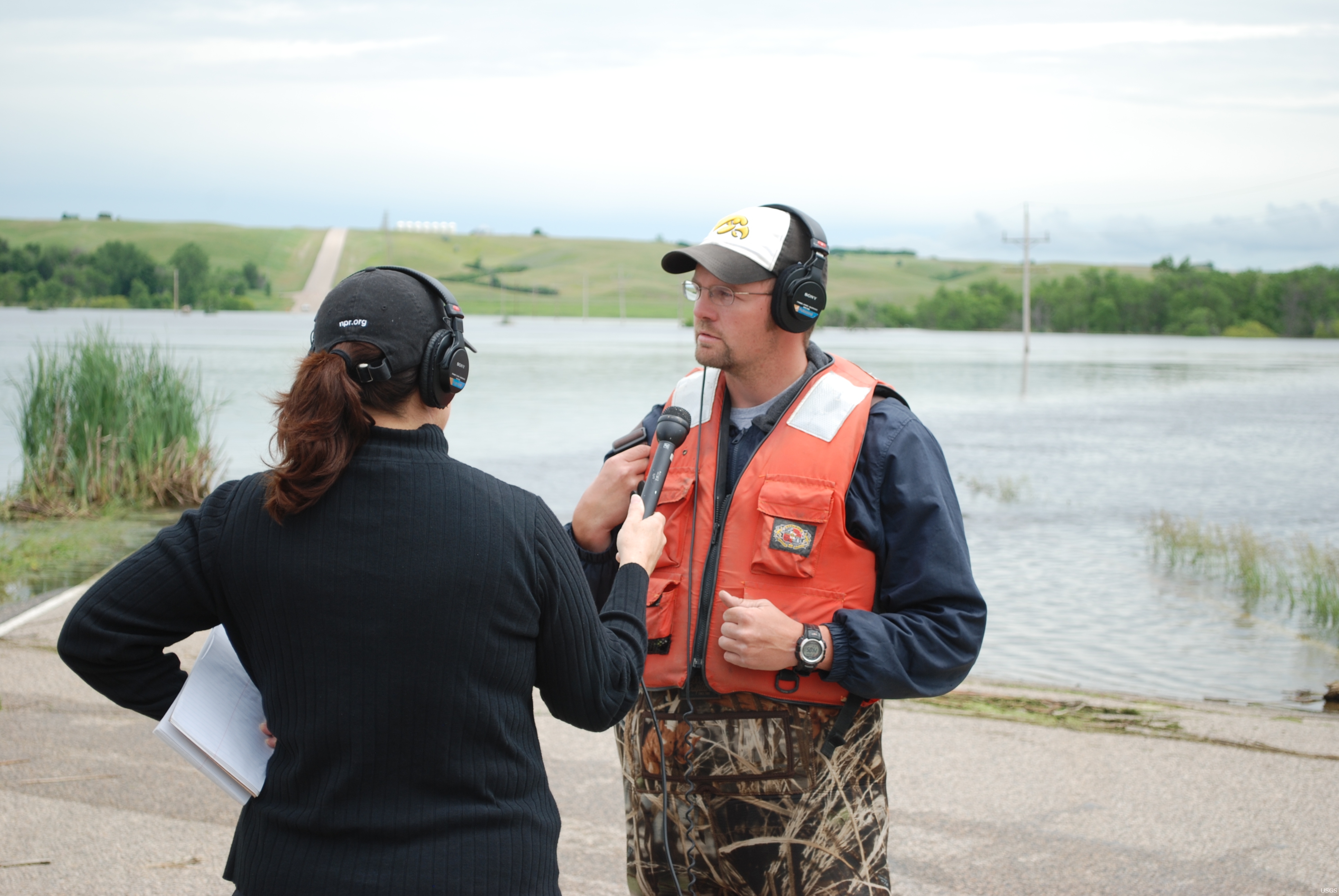 USGS hydrologist Brent Hanson is interviewed by media at the flooded Souris River in Foxholm, N.D., about 30 miles northwest of Minot. A flooded road can be seen in the background.