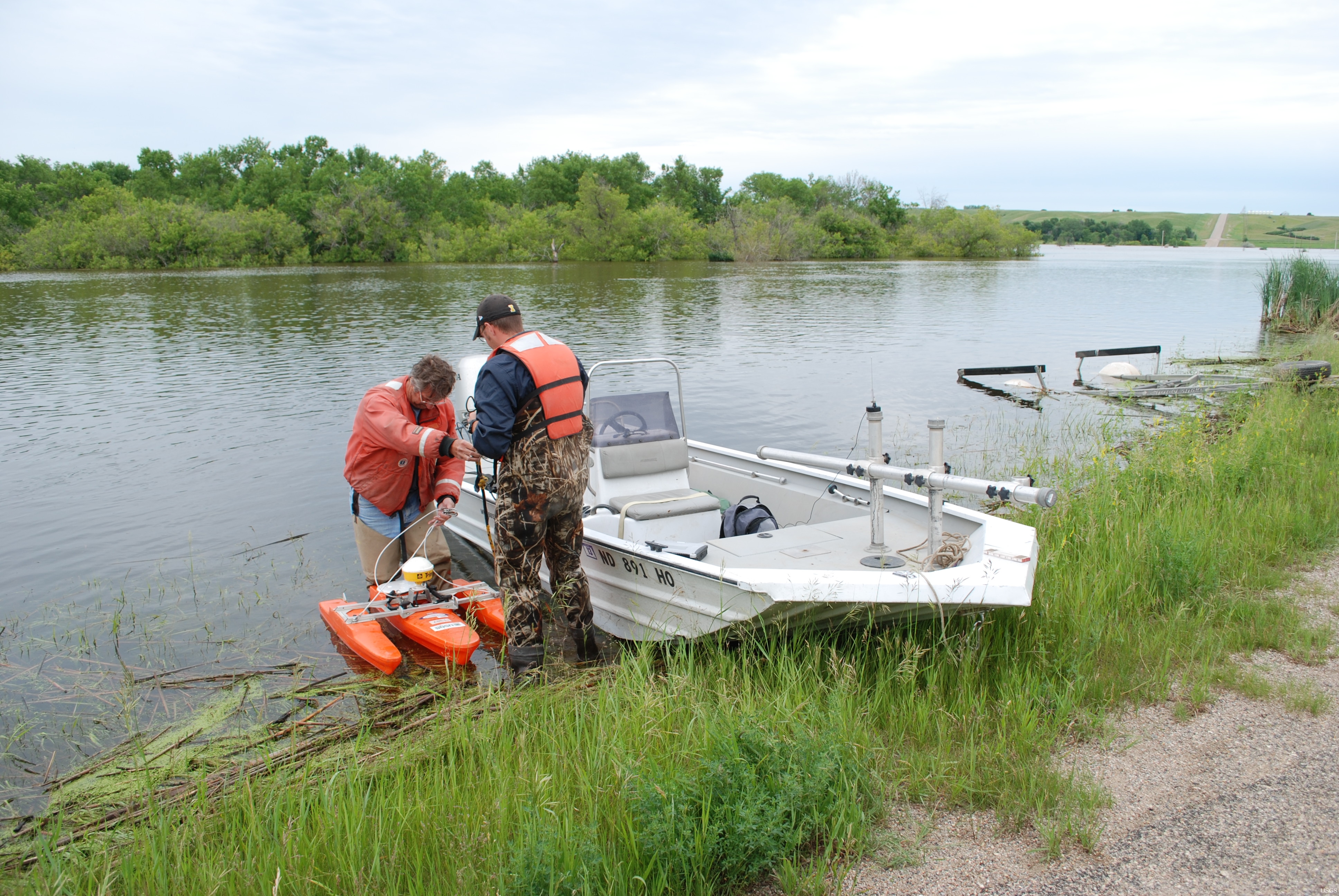 USGS scientists prepare to take a boat out on the flooded Souris River at Foxholm, N.D., about 30 miles northwest of Minot. The orange buoey carries an acoustic Doppler current profiler (ACDP), which is dragged next to the boat to measure streamflow.