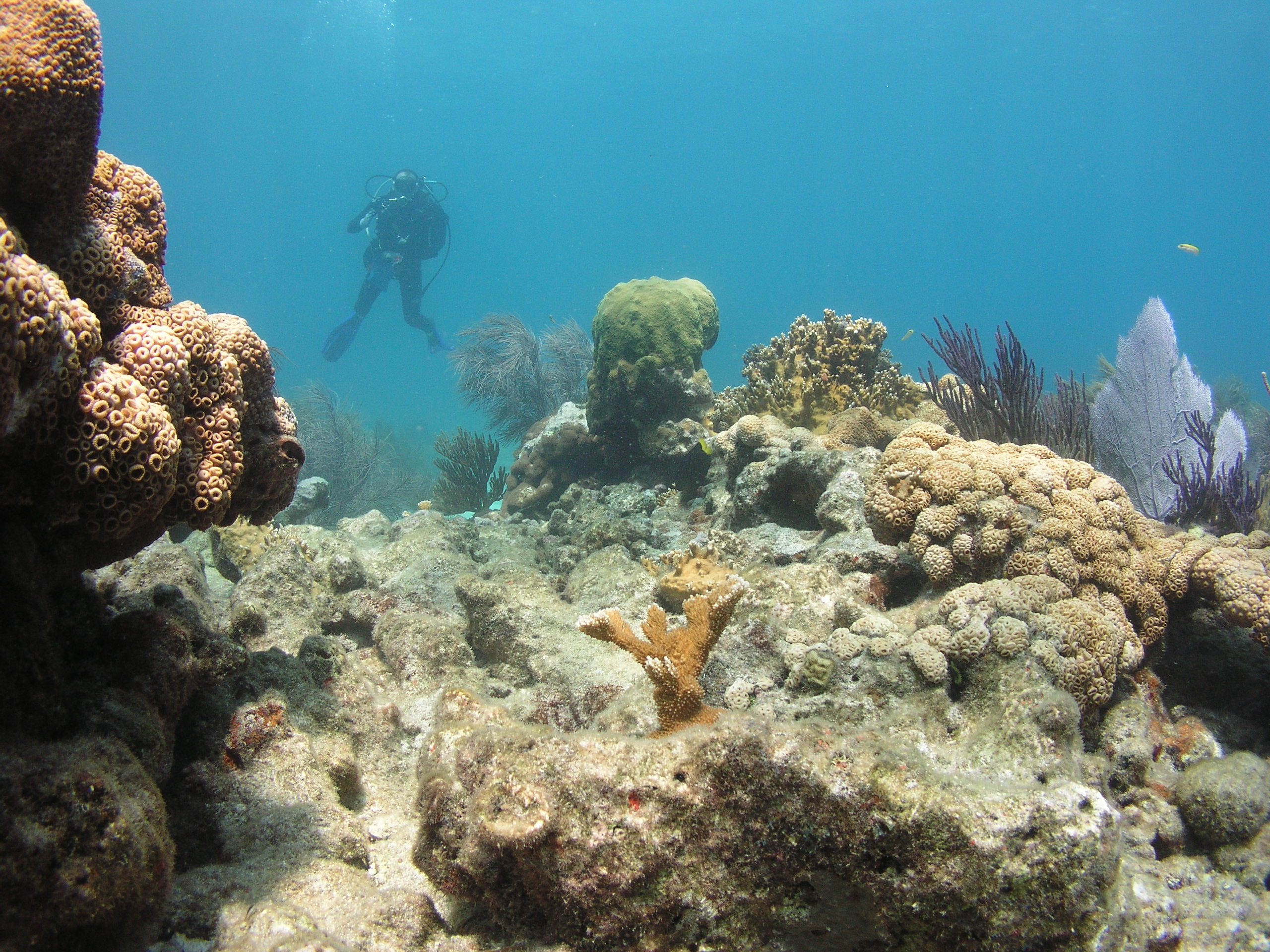 The U.S. Geological Survey is conducting research to guide the recovery of the threatened Elkhorn coral, Acropora palmata, in Dry Tortugas National Park and throughout the western Atlantic. A small Elkhorn colony, raised from a fragment collected after a storm, is shown here in the foreground after it was cemented to the reef to establish a new coral population. Elkhorn coral is a foundational species that creates large underwater ramparts that protect coastal communities from the onslaught of waves.