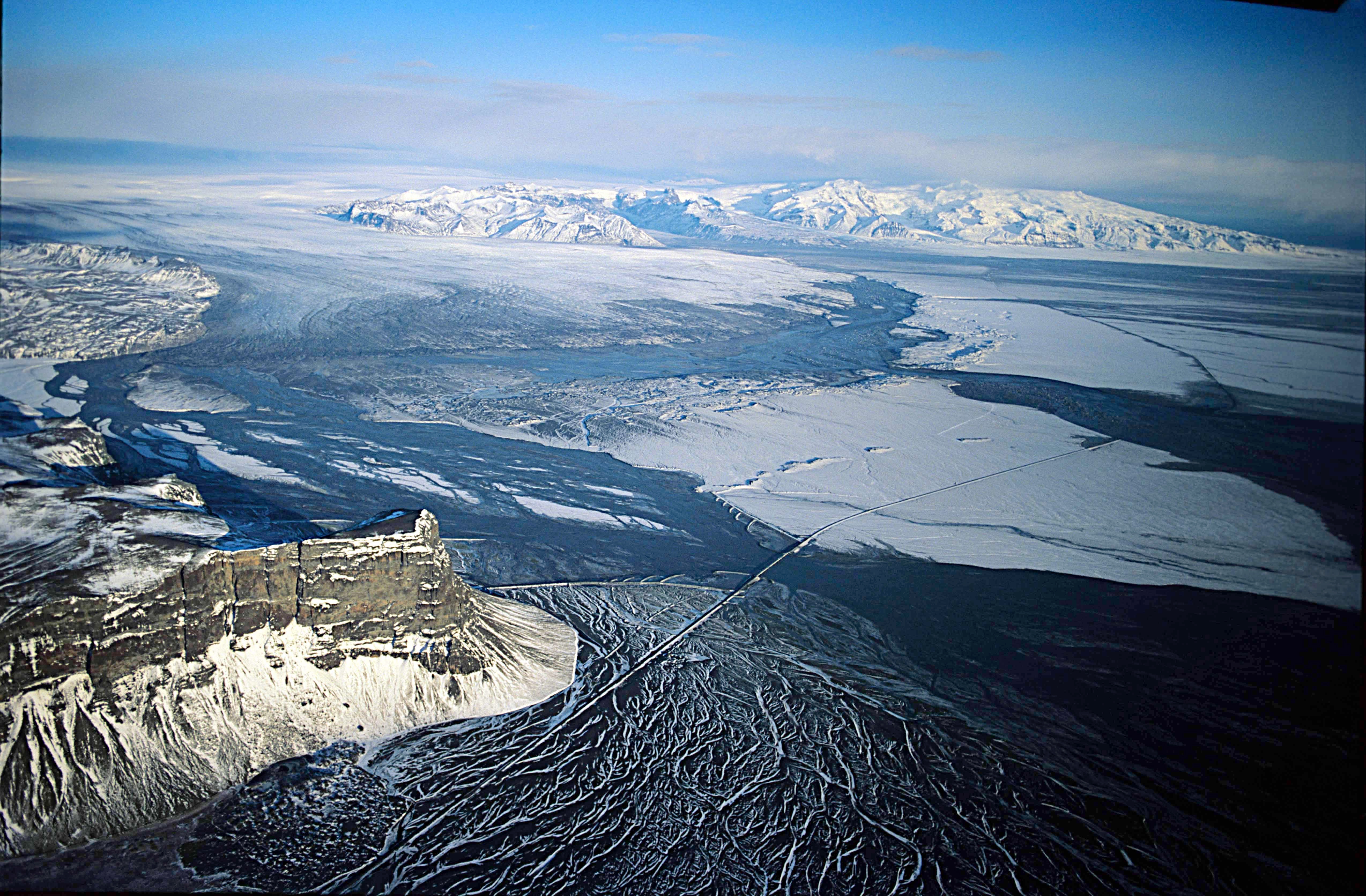 Photograph of the large jökulhlaup that spread out across Skeiðarársandur (glacial outwash plain) from the terminus of Skeiðarárjökull, an outlet glacier of Vatnajökull. The Skeiðarárhlaup was from the accumulation of glacial meltwater in the Grímsvötn caldera from the Gjálp eruption in late September/early October 1996 in northwestern Vatnajökull (eastern flank of the Bárðarbunga subglacier caldera), although the jökulhlaup did not take place until several weeks later, on 5 November 1996. The broad lobe of the terminus of the Skeiðarárjökull outlet glacier can be seen in the left background and Iceland´s tallest mountain, Öræfajökull in the right background. Breeches in the road across Skeiðarársandur can be seen, especially the removal of the bridge over the Gígjukvísl glacier river, but the bridge in the foreground over the glacier river Núpsvötn is still intact, probably because the peak flow was 2,300 cu. m. per sec there, 33,000 cu. m. per sec. at Gígjukvísl, and 22,000 cu. m. per sec. at Skeiðará, the bridge over which was also carried away. The photo of Skeiðarársandur was made on 6 Nov. 1996.