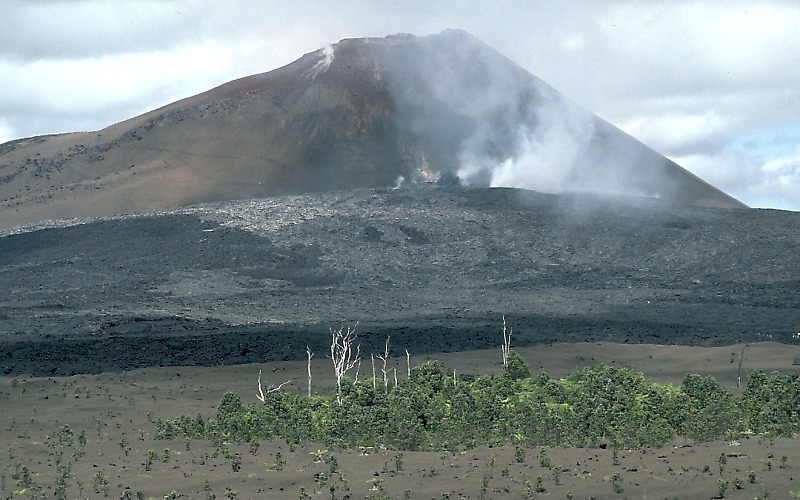 Lava flows erupted from flank vents during 1992-1997 (episodes 51-53) built an impressive shield against the west and south slopes of Pu‘u ‘Ō‘ō's tall cone. by 1993, the shield was pockmarked with collapse pits, which formed as lava tubes eroded vertically as much as 29 m (95 ft) through the thick deposits of tephra on the downwind side of the Pu‘u ‘Ō‘ō cone.