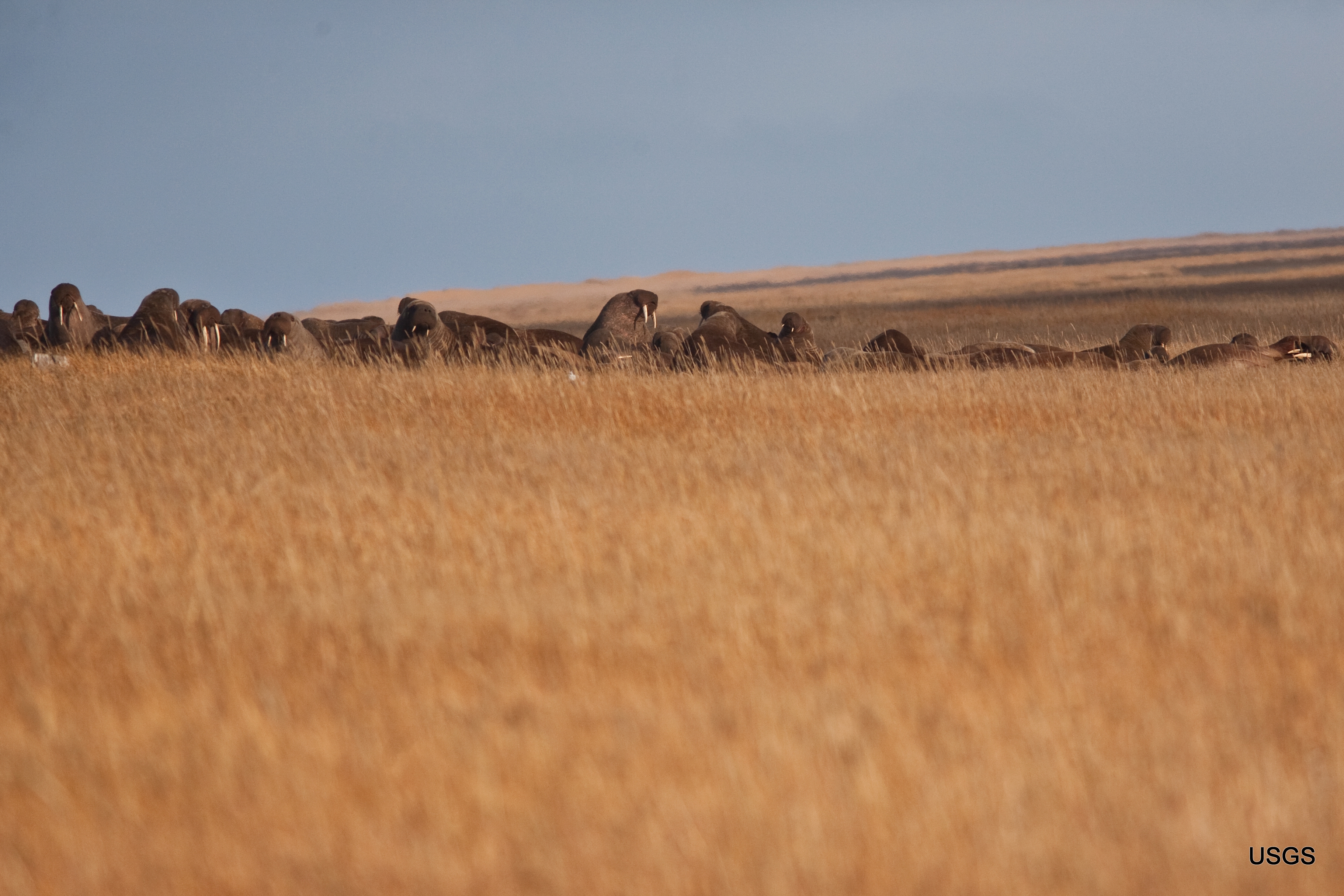 Thousands of walruses gathered to rest on the shore near the Alaskan coastal community of Point Lay during September of 2013 after sea ice disappeared from their offshore foraging grounds in the eastern Chukchi Sea. Walruses clamber up on to the grassy tundra of the barrier island, once the beach becomes too crowded by walruses push in to be close to each other on the beach.

(Photo taken during USGS research efforts permitted under US Fish and Wildlife Service Permit No. MA801652-3)