Water molecules and their interaction with salt 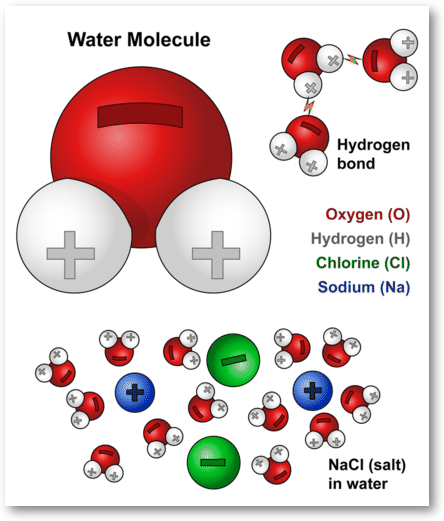 At the molecular level, salt dissolves in water due to electrical charges and due to the fact that both water and salt compounds are polar, with positive and negative charges on opposite sides in the molecule. The bonds in salt compounds are called ionic because they both have an electrical charge—the chloride ion is negatively charged and the sodium ion is positively charged. Likewise, a water molecule is ionic in nature, but the bond is called covalent, with two hydrogen atoms both situating themselves with their positive charge on one side of the oxygen atom, which has a negative charge. When salt is mixed with water, the salt dissolves because the covalent bonds of water are stronger than the ionic bonds in the salt molecules.