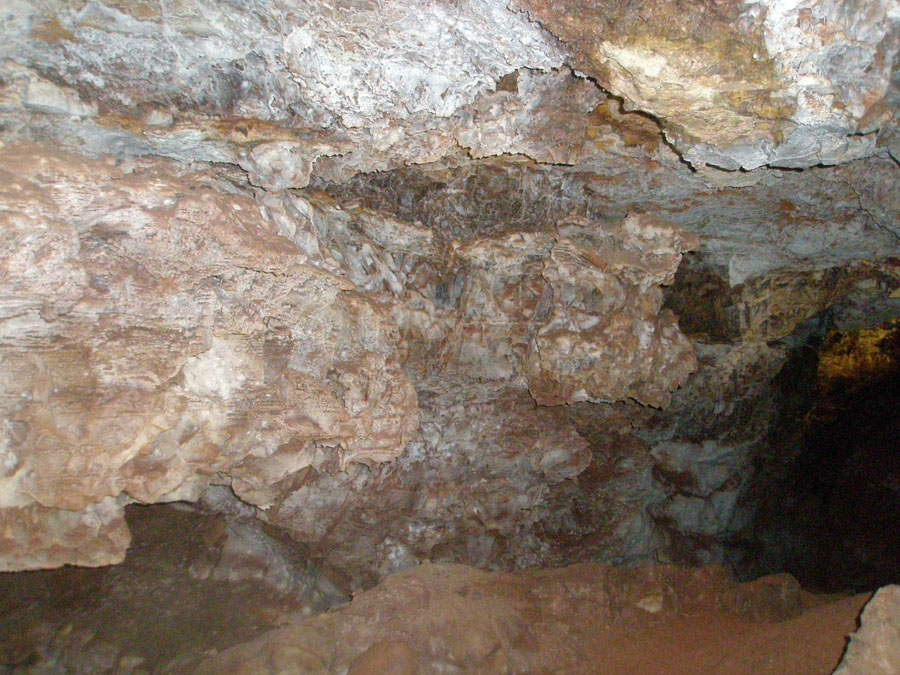 Wind Cave formed in the Pahasapa Limestone of Mississippian age. The limestone became fractured sometime in its history. The early fractures were recemented with calcite before the caves formed (NPS, 2009). There are very few speleothems in Wind Cave. Only a small portion of the cave is accessible to the public. Professional caving groups have mapped over 100 kilometers of passages in Wind Cave and nearby Jewel Cave cavern systems. The cavern belt around the Black Hills has some of the longest mapped cavern systems in the world. Click here to see a geologic map of the Black Hills.