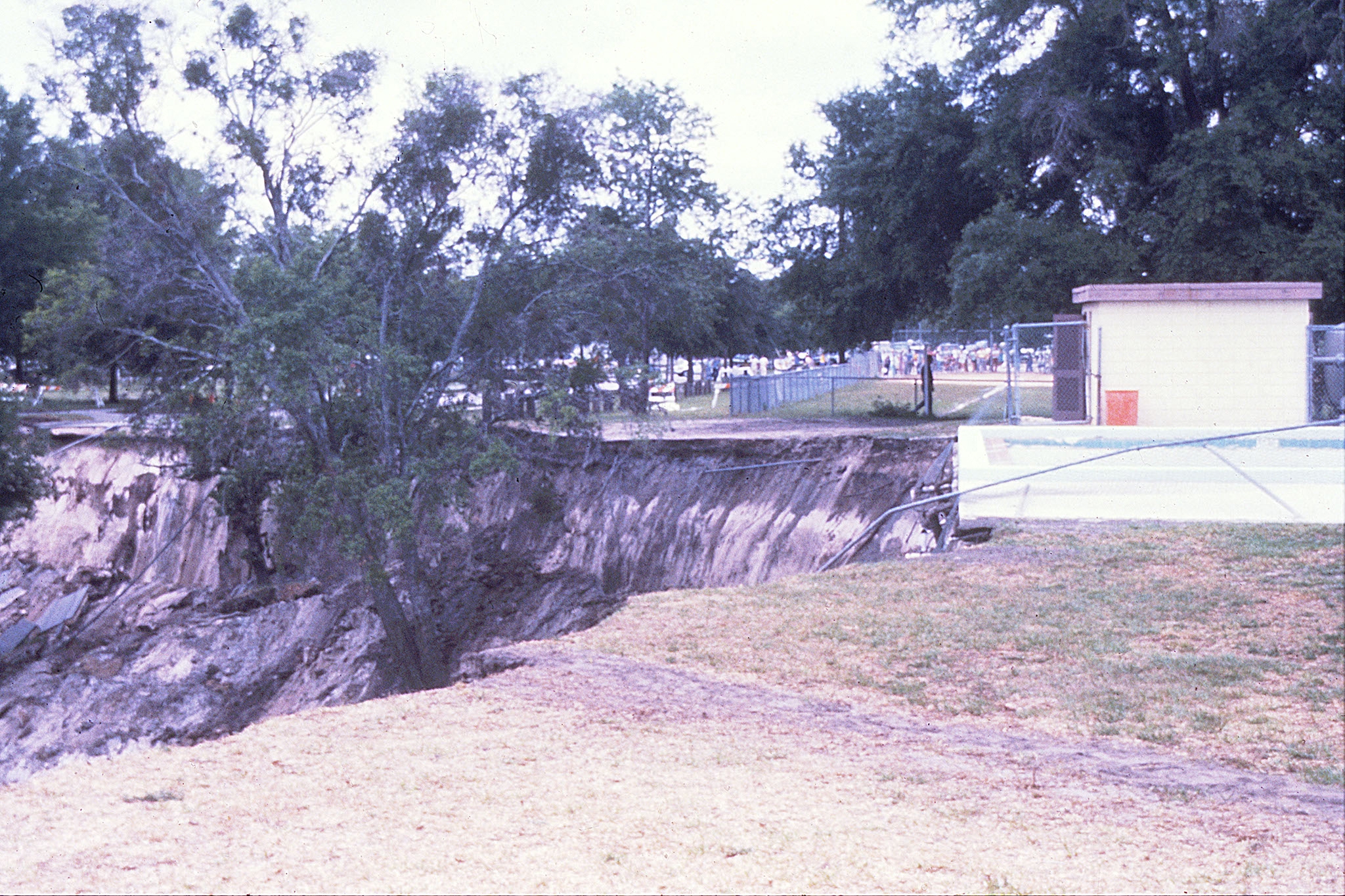 This collection is a group of 15 images (digitized slides) showing the sinkhole that opened late in the evening of May 8, 1981 near the intersection of South Denning Drive and West Fairbanks Avenue, Winter Park, Florida, USA. The sequence of images, primarily taken on May 9th, shows the enlargement of the sinkhole which completely swallowed a house and undermined an automotive repair shop and community pool. News reports at the time focused on the several Porsche automobiles, from the repair shop, that were also swallowed. Particularly apparent and of scientific interest in this sequence of images is the substantial change in the water level within the sinkhole during the day. At the beginning of the day, the water level was barely observable deep in the throat of the sinkhole. The undermining and subsequent spill of the community pool resulted in a short-term increase in the sinkhole activity, perhaps indicative of the role of lubrication in facilitating the transport of material into the underlying collapsed cavity. Shortly thereafter, water levels were observed to rise, possibly indicative of the chimney of the sinkhole then being blocked by debris and minimizing the hydraulic connection between the shallower water levels of the surficial aquifer and the deeper water levels of the underlying Floridan aquifer where the cavity collapse occurred.

Photo 1 of 15: Sinkhole at edge of community pool at 11 a.m. View to west across the sinkhole. The sinkhole is approximately 300 feet in diameter and the visible depth is about 80 feet. The sinkhole was first observed on the evening of 5/8/1981. Soil conditions appear relatively dry. Slope movement is a series of small-scale slides that occur every few minutes. The very bottom of the sinkhole chimney is relatively narrow and obscured from view at ground level by the slope. The apparent groundwater level, in excess of 80 feet below land surface, is consistent with that of the confined Floridan aquifer, the likely origin of the collapse causing the sinkhole.