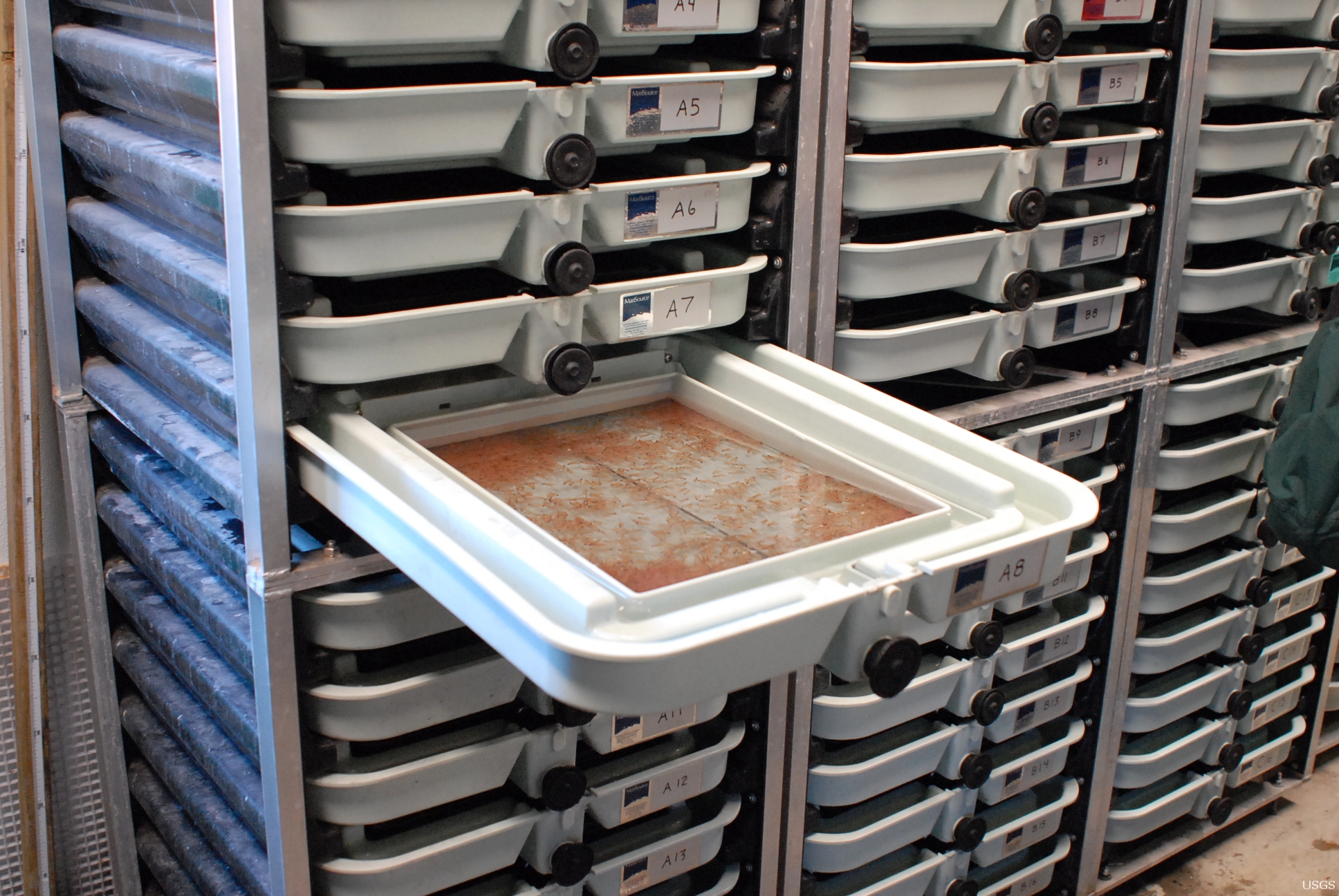 These two-day old Atlantic salmon were hatched at the USGS Tunison Lab and will eventually be released in Lake Ontario tributaries.