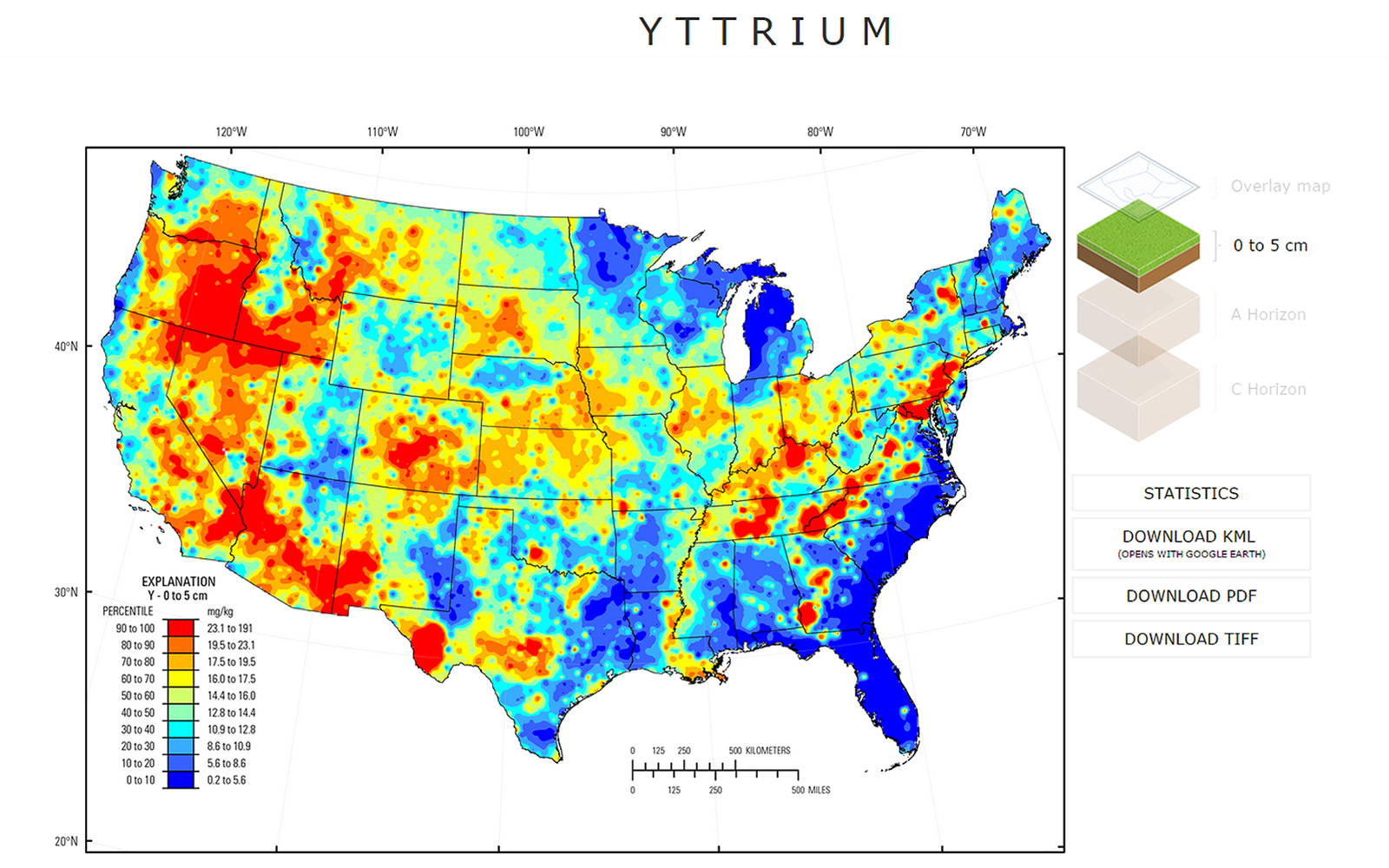 If you’re admiring the glow of LED tree lights or watching your favorite football team on your LED television this winter season, you have yttrium to thank for that. Named in the 1700s after the Swedish village Ytterby, yttrium is one of the “rare earth elements” very much needed for human technology. The elements yttrium, europium, and terbium are used in fluorescent and LED lighting and televisions.

In May 2014, USGS scientists finished compiling the Geochemical and Mineralogical Maps for the Soils of the Conterminous U.S. — an extraordinary dataset charting the abundance and distribution of chemical elements and minerals — including yttrium — in soils throughout the lower 48 U.S. states at three different soil horizons. This astounding achievement represents a baseline from which any future changes to our soil chemistry may be detected and measured against — information which can improve our nation’s agriculture, land-use planning, and even law enforcement.