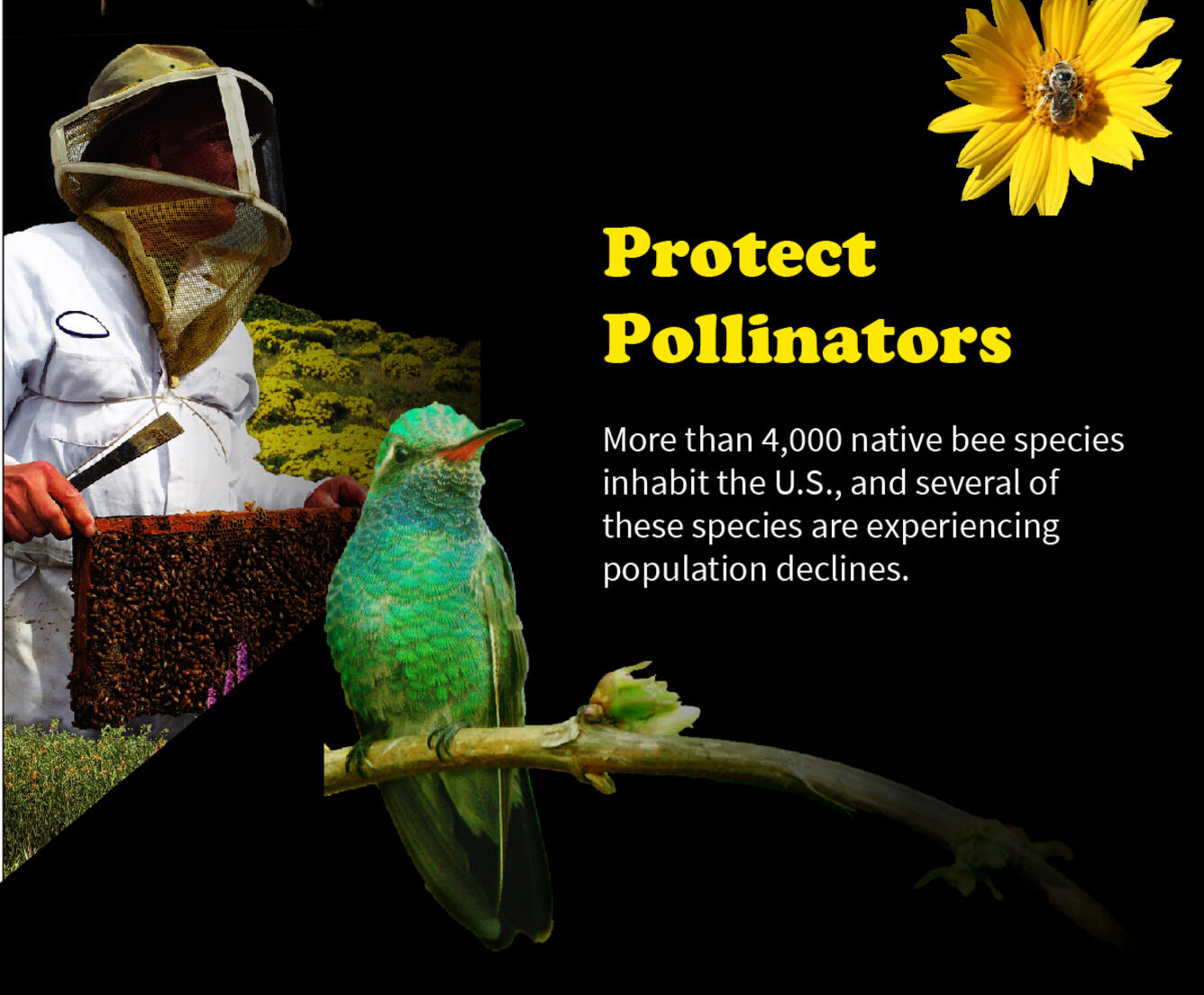 In late 2006, beekeepers across the United States reported sudden, dramatic losses in honey bee colonies. Similar losses were reported in 2007 and for several subsequent years. The reasons for these losses were unclear. One explanation for the sudden decline was Colony Collapse Disorder (CCD), a phenomenon that causes the majority of a colony’s worker bees to disappear and abandon their queen bee. Concern arose that neonicotinoids, a class of pesticides, could have been one of the many factors comprising CCD. When crops and seeds are treated with pesticides, insects can be exposed by ingesting plant material or through direct contact. This exposure can affect many pollinators, ranging from bees to a variety of species: beetles, hummingbirds, butterflies, and other organisms that feed on pollen and nectar. Concerns about potential linkages between pesticides and CCD led U.S. Geological Survey (USGS) researchers to examine the impacts of neonicotinoids and other pesticides across the landscape; many of these studies focused on bees. More than 4,000 native bee species inhabit the U.S., and several of these species are experiencing population declines. Honey bees, which are not native to the U.S., also face continued concern. 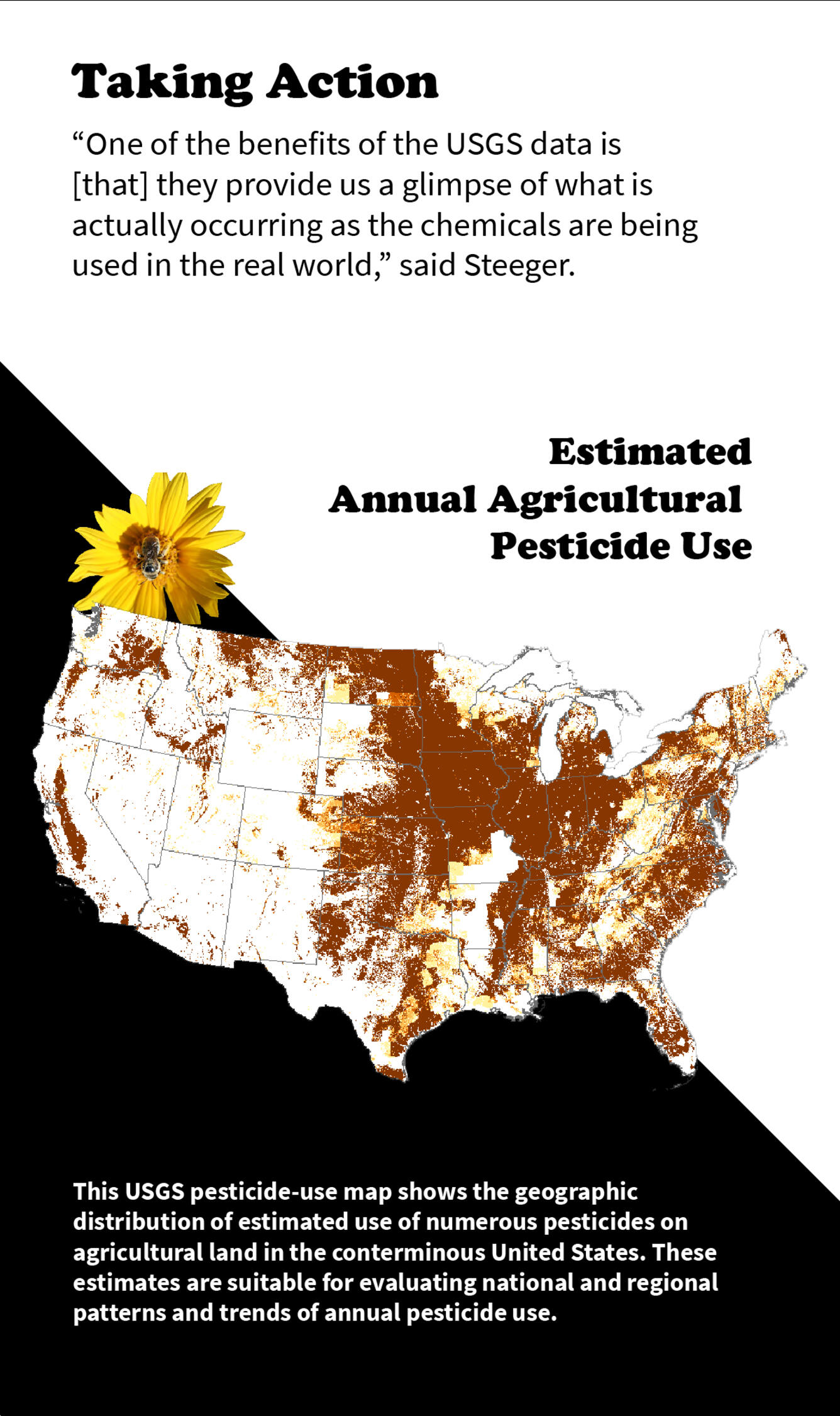 In June 2014, President Obama issued a Presidential Memorandum that created a Pollinator Health Task Force co-chaired by the U.S. Department of Agriculture (USDA) and the Environmental Protection Agency (EPA).The EPA is the agency charged with regulating pesticides and has long been concerned with bees.“When we have monitoring data, particularly from well-conducted studies, those data can be used to refine or better characterize risk estimates and hopefully better inform management decisions,” said Tom Steeger, a Senior Science Advisor with the EPA’s Environmental Fate and Effects Division in the Office of Pesticide Programs.The USGS’s involvement started with the release of a study examining pesticide effects, including neonicotinoid residues, on native bees in Colorado. This study documented the first observed occurrences of pesticides in wild-caught native bees, which is the first step in understanding exposure in connected ecosystems.The U.S. Fish and Wildlife Service is phasing out their use of neonicotinoid insecticides in refuges, and the EPA is assessing neonicotinoid compounds to make informed regulatory decisions that serve both agriculture and the natural environment. These decisions are based on existing research that was corroborated by recent USGS studies. 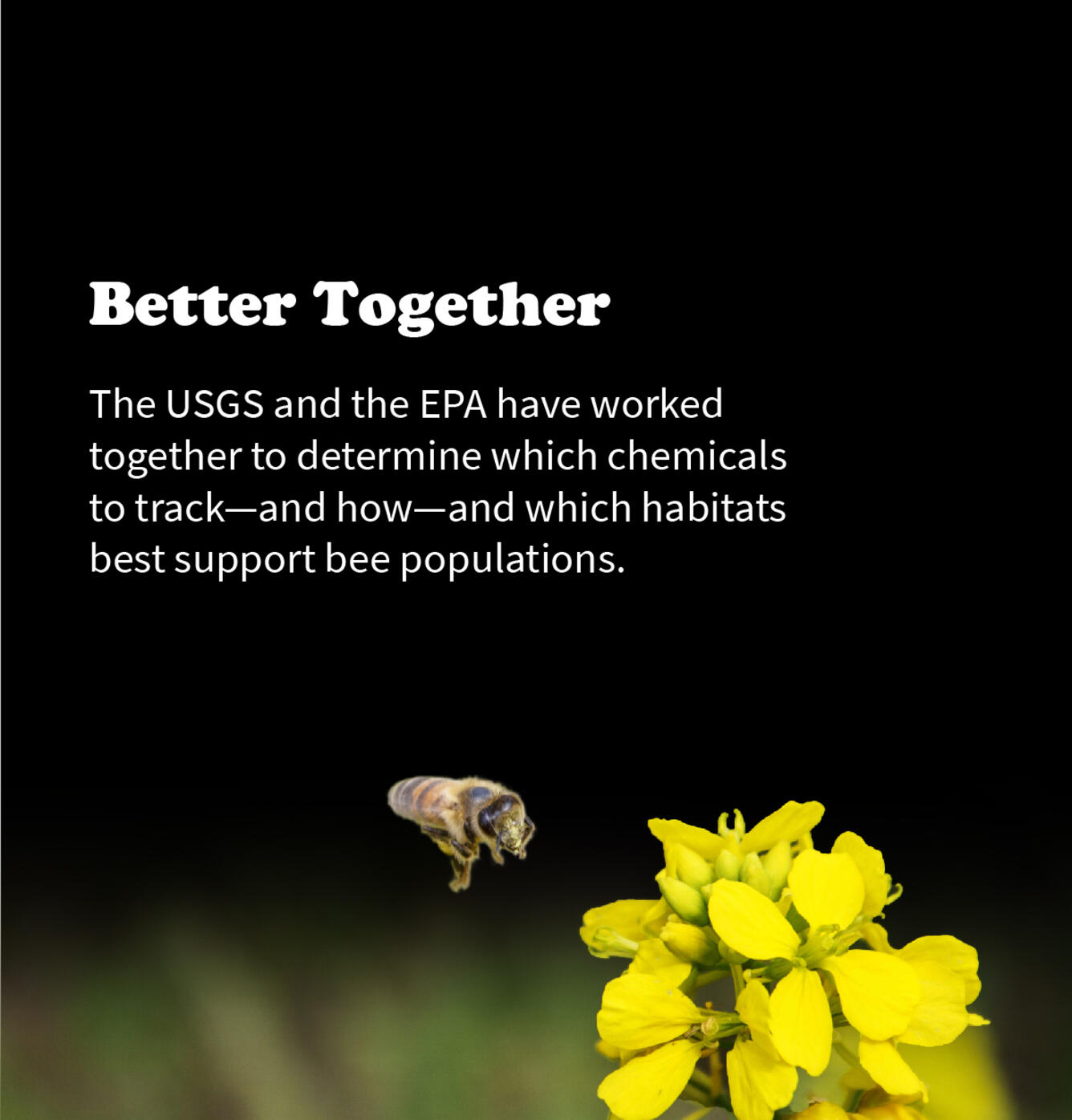 “Especially for the unmanaged bees, we are relatively blind, except for the efforts of organizations like the USGS,” said Steeger. “A phrase we like to use is ‘ask the organism,’ so one research method is to ask the bees what they’re exposed to by examining the pollen and nectar they are carrying,” added Kathryn Kuivila, a Research Hydrologist for the USGS who works closely with the EPA on pollinator studies. 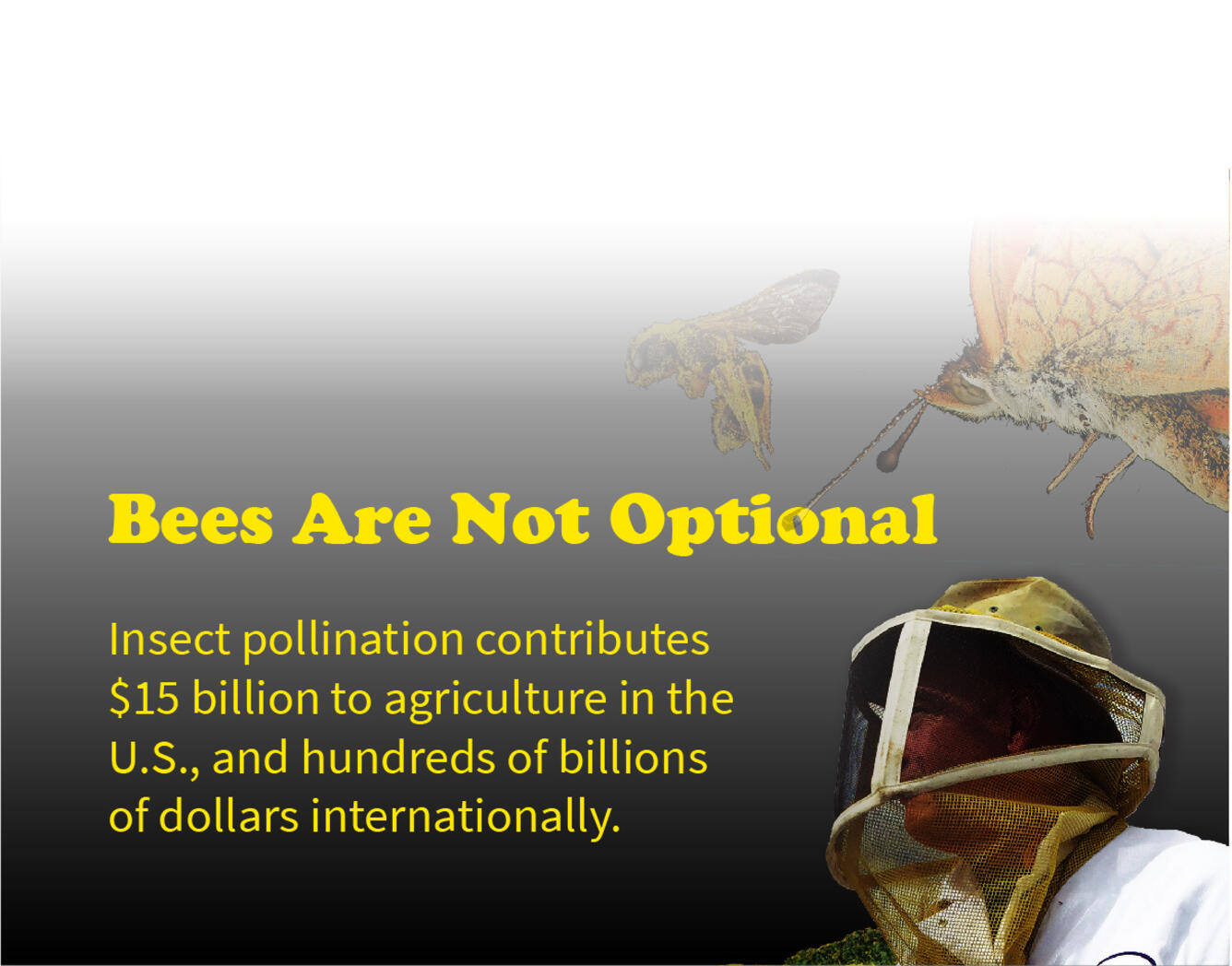 A crash in pollinator populations would disrupt daily life, agriculture, ecosystems, and the world economy. Insect pollination contributes $15 billion to agriculture in the U.S., and hundreds of billions of dollars internationally. Beyond the obvious benefits to crops, three-quarters of native plants depend on pollination, and human beings depend on these plants to control erosion, filter water, supply clean air, and provide ecosystem services people often take for granted. Beyond honey bees, the USGS is also working to understand the interactions between native pollinators and their habitats. 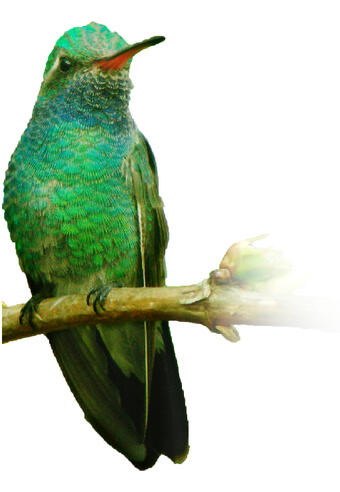 “What is clear is that the ability of some bees to thrive in the face of multiple stressors has diminished, and for many beekeepers, this has been economically ruinous,” said Steeger. The mixture of many factors, including pesticides, disease, pests, poor nutrition, poor management, and possibly other variables, is driving losses in bee populations. Investigating neonicotinoids and other pesticides is one part of the puzzle. 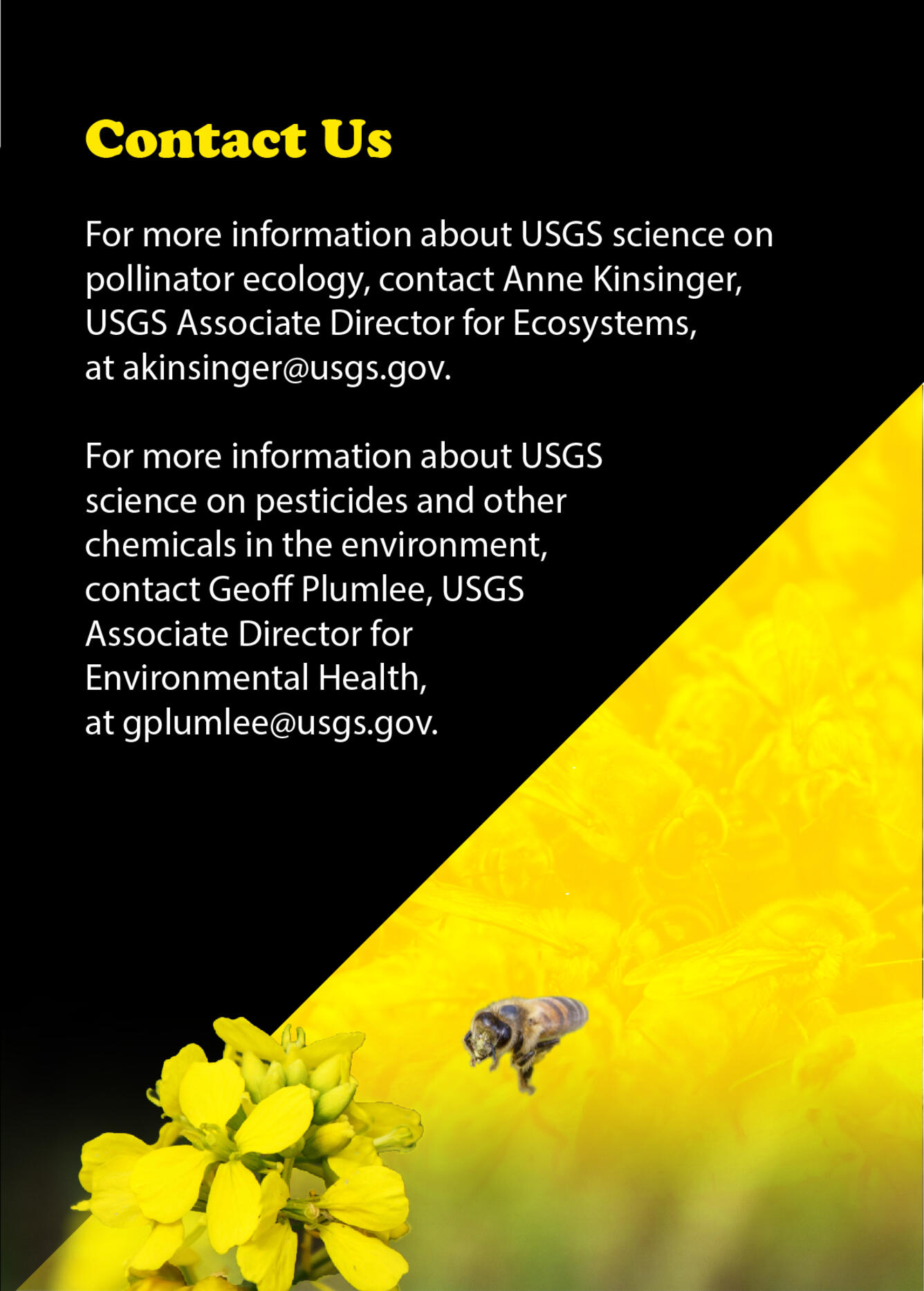