Many veterans turned to America’s top-ranked respiratory hospital, National Jewish Health (NJH), for answers. Doctors at NJH started collecting information from the patients’ personal histories. The doctors ran routine tests on the patients, but all the tests returned negative. When doctors, at last, turned to surgical lung biopsies, they noticed unexplained abnormalities affecting the smaller airways of the lung.

“You can’t really treat people unless you have a diagnosis to know what you’re treating,” said Cecile Rose, professor of medicine and medical director of the Center of Excellence on Deployment-Related Lung Disease at NJH. “And you can’t prevent disease unless you know what caused it. So, that prompted us to explore building collaborations with scientists like those at the U.S. Geological Survey, who have a very different perspective.”

Rose recalled the partnership as “serendipitous,” stemming from her time coteaching a course on health and environmental exposure with Geoffrey Plumlee, associate director of environmental health at the U.S. Geological Survey (USGS). Together, NJH and the USGS are trailblazing a new path in the collaborative field of “medical geology.”

“USGS scientists had been working with the Fire Department of New York medical folks, looking at mineral particles in [the] lung tissue of World Trade Center responders,” Plumlee explained. He and Rose applied a similar approach to the soldiers’ lung biopsy samples, comparing tissues among previously deployed patients with lung problems, those whose lung issues were unrelated to military deployment, and those with no symptoms. 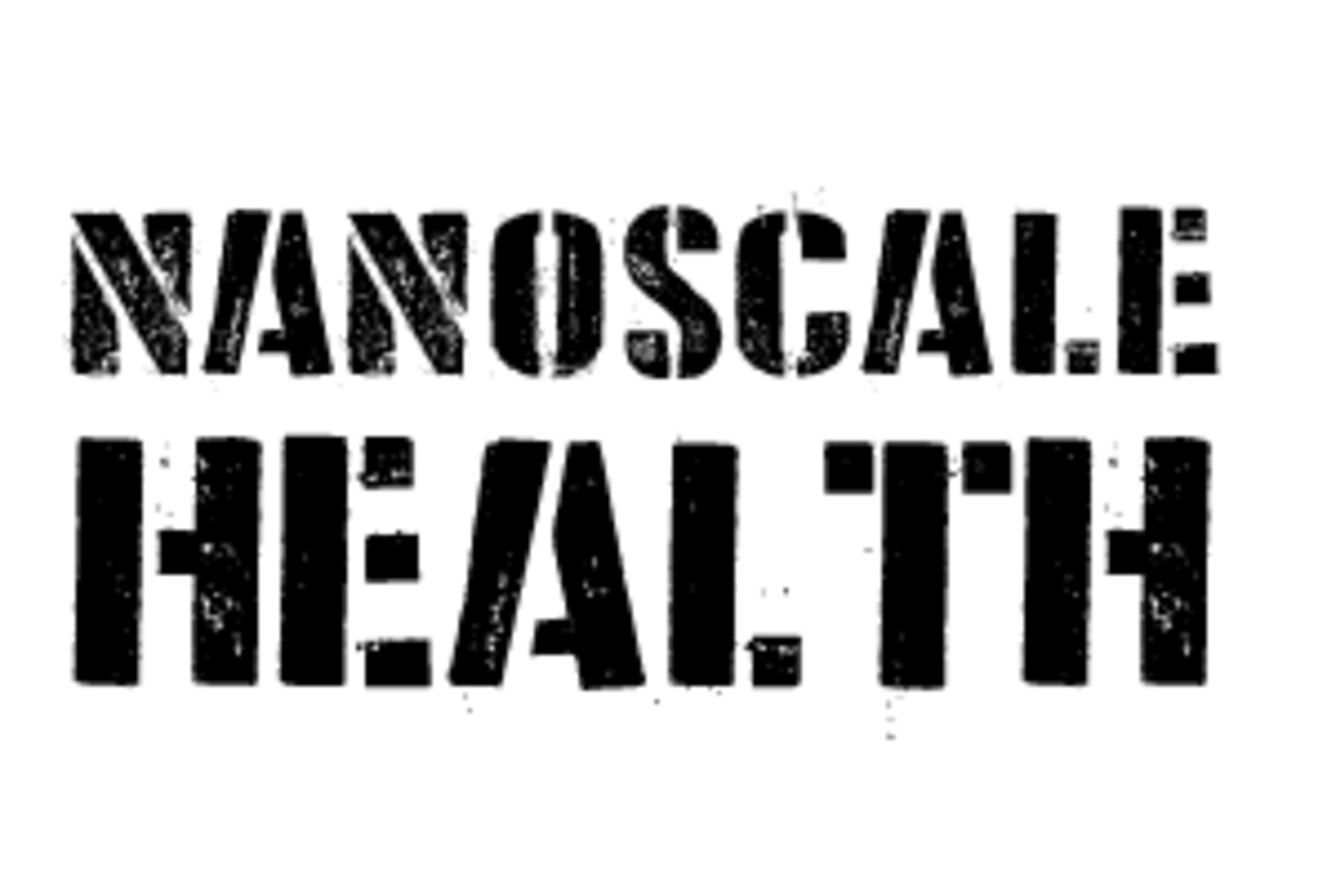 Pulmonologists at NJH identified inflamed and injured tissue, and USGS geologists closely examined the tissue to see what might be there. “A lot of these particles are two micrometers or less, with some as small as 50 nanometers,” explained Heather Lowers, a research geologist and manager of the USGS Denver Microbeam Laboratory. “Hair, for instance, is about 80 micrometers wide. So, these are very small particles.”

To glimpse these tiny suspects and identify and count different types of particles, Lowers and her team shot beams of electrons at the particles and recorded the x-rays that bounced off them. In some patients, there were too many particles to count. Then, the team shined lasers over the samples to map where metals and other elements were unusually elevated in the tissue.

The particles the USGS team observed fell into three categories: man-made sources, like steel; geological sources, like quartz from sand; and particles that formed within the lung itself. The team’s methods showed precisely where in the lung the contaminants could be found, giving NJH pulmonologists a clearer picture for diagnosis and treatment. 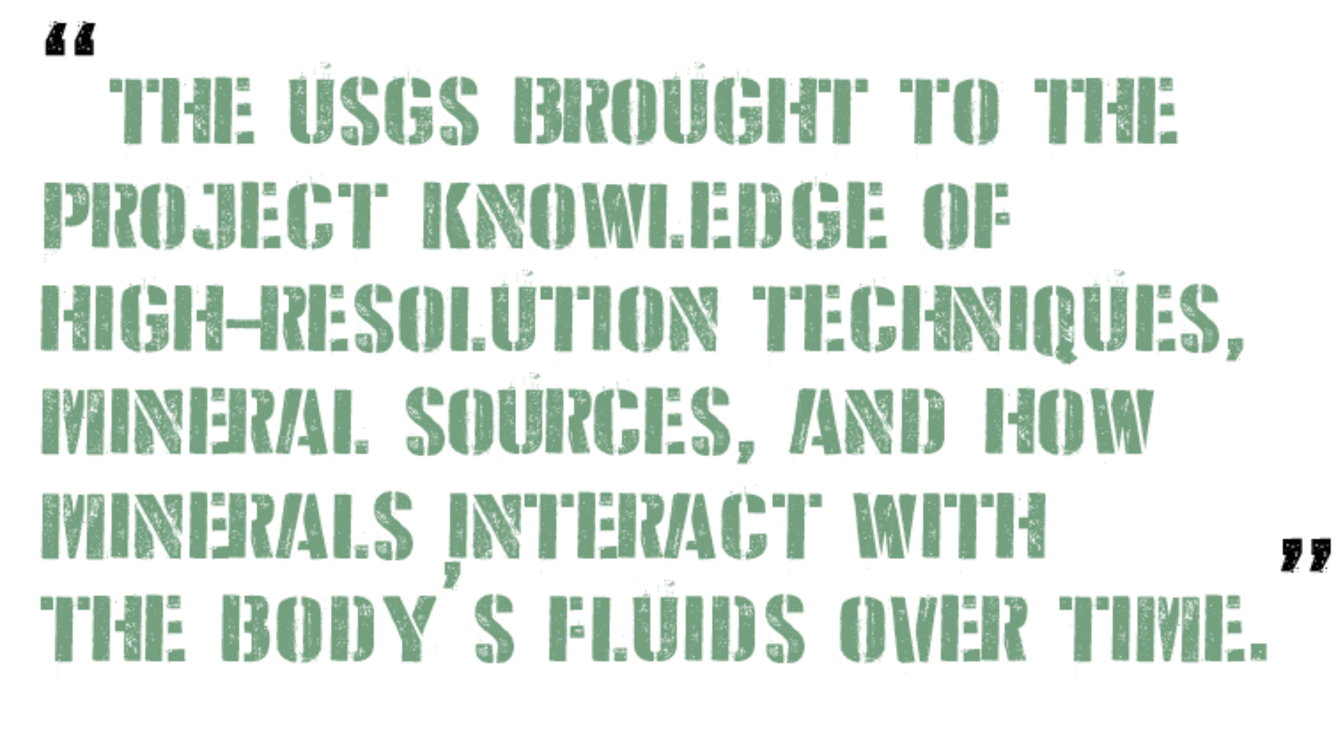 The USGS brought to the project knowledge of high-resolution techniques, mineral sources, and how minerals interact with the body’s fluids over time. The NJH team applied that knowledge to human health, using the findings for diagnosis, treatment, and prevention.

“The analytical techniques that USGS scientists developed for this purpose had not been previously developed,” Rose said. “It is this kind of collaboration that allows us to cross disciplinary boundaries.”

The team anticipates publishing the findings from the first phase of the study soon. The USGS is also part of a new study with an expanded group of collaborators at NJH, which will enable the scientists to refine their understanding of how the particles may link to soldiers’ lung problems.

“We are, through this collaboration, in a much better place to get the answers to these fundamental questions around cause and mechanism,” Rose said. “I think science in this day and age really requires cross-disciplinary collaboration.”

By working together, two seemingly unrelated groups—National Jewish Health and the U.S. Geological Survey—are taking steps to solve an environmental and public health crisis, an accomplishment that will help affected veterans receive the treatment they need.