If you are going to find your pot of gold at the end of a rainbow you need to understand why they exist and how they form. Are rainbows just a visual illusion or are they real physical aspects of nature. We will give you the answers.

Yes, this rainbow can honestly tell this leprechaun that his gold is safely stored at the end of the rainbow. After all, have you ever known anyone who has ever even gotten to the end of rainbow, even with a pot of gold tempting them? Even if a rainbow is right in front of you, it always still seems to stay out of reach. And, the concept of gold being at the rainbow is actually a historical rearrangement of the original concept that your chance of finding the end of a rainbow was about the same as your finding a pot of gold.

Maybe it is best not to try to analyze one of nature's magical wonders as a rainbow too much (care to vote for your favorite water body?), as even the concept of the rainbow being a bow (arc) is not entirely true. Did you know that if the horizon wasn't in the way, a rainbow would take the shape of a circle (as seen from an airplane)?

Does this picture look familiar? It shows a parhelion, more commonly known as a "sun dog".  In fact, sun dogs are a lot more common than rainbows. They are formed by light refracting through the ice crystals of cirriform clouds.

The most common parhelia are seen about 22° on either side of the sun; they are created by falling ice crystals in the Earth's atmosphere. As water freezes in the atmosphere, small, flat, six-sided, ice crystals might be formed. As these crystals flutter to the ground, much time is spent with their faces flat, parallel to the ground.

Why all the color?

Probably in school you did an experiment where the teacher shines a white light through a glass triangle — a prism, as in the left-side picture. The white light emerges from the prism split up into individual beams of different colors. The colors coming out of the prism, and in the rainbow, too, thus come from light, sunlight in the rainbow's case. Sunlight is white light, but white light actually contains all of the colors of the rainbow all ready for you to see, but blended together. Light has wavelengths and each color of light has a different wavelength. When the light enters the glass, which is denser than air, it slows down and is bent, with the different wavelengths that make up white light bending at different angles (red on one side to violet on the other).

A similar situation happens in a raindrop, as this drawing shows. The water drop is acting like a prism, except the light is being refracted at three different points (some of the light bounces off the back of the raindrop and back out to you as you watch). Each time the light beam bounces, it gets wider, and the rainbow you see is a combination of millions of these light beams coming back to you.

The brightest rainbows appear when the water drops in the sky are large, so if a big rainstorm is moving off in front of you, the rainbows will be more spectacular. The lower the sun is to the horizon the more arc you will see. And, if you could float upwards, the higher you got the more circular the rainbow would become, especially if the sun is directly behind you. Circular rainbows are seen all the time — not by floating people but by passengers flying in airplanes.

Have you ever seen six rainbows at once? They are not only rare to see — they are a puzzle to understand. The common rainbow is caused by sunlight internally reflected by the backs of falling raindrops, while also being refracted at the air/water boundary. The sunlight in this picture is coming from behind the observer, and the rainbows are in the rainstorm. The brightest rainbow is the primary rainbow. Above and to the left of the main rainbow is a secondary rainbow, caused by multiple internal reflections inside water droplets, with colors reversed. Harder to explain is the intermediate rainbow, between the two. This rainbow is likely caused by sunlight that has first reflected off the lake before striking the distant raindrops that is reflecting sunlight back toward the observer. That accounts for the three rainbows in the sky, and the other three are reflections of the rainbows in the sky on the lake's surface. Kind of cheating to say there are six rainbows, but why argue with such a spectacular show?

"Sometimes we see two rainbows at once, what causes this? We have followed the path of a ray of sunlight as it enters and is reflected inside the raindrop. But not all of the energy of the ray escapes the raindrop after it is reflected once. A part of the ray is reflected again and travels along inside the drop to emerge from the drop. The rainbow we normally see is called the primary rainbow and is produced by one internal reflection; the secondary rainbow arises from two internal reflections and the rays exit the drop at an angle of 50° rather than the 42° for the red primary bow. Blue light emerges at an even larger angle of 53°, this effect produces a secondary rainbow that has its colors reversed compared to the primary."

Rainbows are rare — so make your own

If you live in an area that rarely gets rainfall, you may not see a rainbow very often. You can still experience rainbows because anyone can make their own. All you have to do is use a garden hose or yard sprinkler. Just set up the yard sprinkler,and stand between it and the sun. The rainbow appearing before you is just as real and natural as the one you see from a rainstorm... and a lot closer.

Below are other science topics related to rainbows and other water properties. 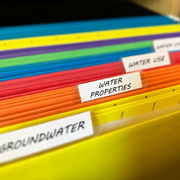 Looking at water, you might think that it's the most simple thing around. Pure water is practically colorless, odorless, and tasteless. But it's not at all simple and plain and it is vital for all life on Earth. Where there is water there is life, and where water is scarce, life has to struggle or just "throw in the towel." Continue on to learn about dozens of water properties.
link
October 22, 2019

Looking at water, you might think that it's the most simple thing around. Pure water is practically colorless, odorless, and tasteless. But it's not at all simple and plain and it is vital for all life on Earth. Where there is water there is life, and where water is scarce, life has to struggle or just "throw in the towel." Continue on to learn about dozens of water properties.
Learn More
link 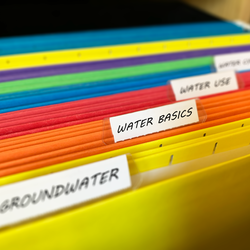 Water is everywhere, from huge oceans to invisible water molecules making up water vapor in the air. But how much water is there on, in, above, and below the Earth, and where is it located? Use the topics below to explore the basic concepts and facts about water.
link
March 12, 2019

Water is everywhere, from huge oceans to invisible water molecules making up water vapor in the air. But how much water is there on, in, above, and below the Earth, and where is it located? Use the topics below to explore the basic concepts and facts about water.
Learn More 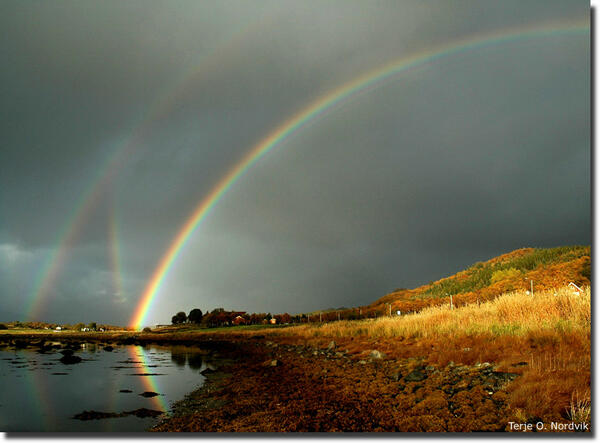 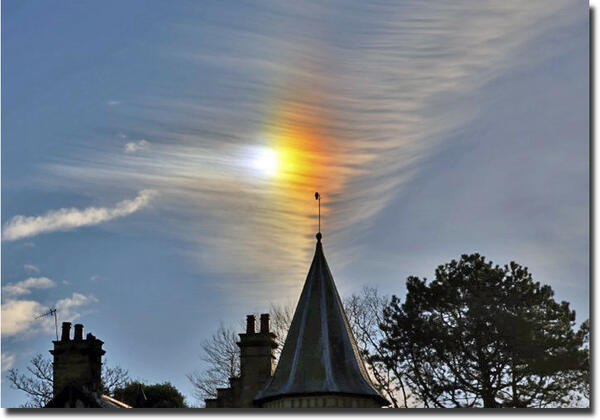