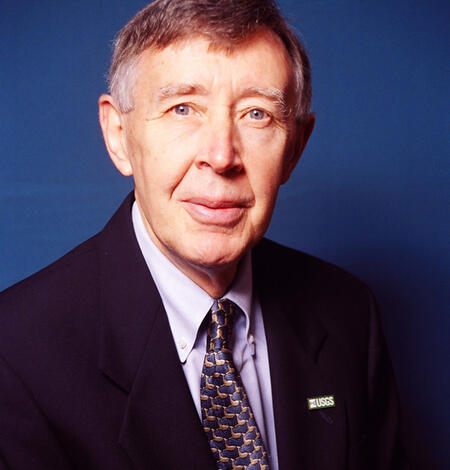 On November 13, 1998, Dr. Charles G. Groat became the 13th Director of the U.S. Geological Survey, U.S. Department of the Interior. Groat is a distinguished professional in the earth science community.

Groat has over 25 years of direct involvement in geological studies, energy and minerals resource assessment, ground-water occurrence and protection, geomorphic processes and landform evolution in desert areas, and coastal studies. From May to November 1998, he served as Associate Vice President for Research and Sponsored Projects at the University of Texas at El Paso, following three years as Director of the Center for Environmental Resource Management. He was also Director of the University's Environmental Science and Engineering Ph.D. Program and a Professor of Geological Sciences.

Prior to joining the University of Texas, Dr. Groat served as Executive Director (1992-95) at the Center for Coastal, Energy, and Environmental Resources, at Louisiana State University. He was Executive Director (1990-92) for the American Geological Institute. From 1983-88, he served as assistant to the Secretary of the Louisiana Department of Natural Resources, where he administered the Coastal Zone Management Program, and the Coastal Protection Program.

Among his many professional affiliations, Groat is a member of the Geological Society of America, American Association for the Advancement of Science, American Geophysical Union, and the American Association of Petroleum Geologist. He has also served on over a dozen earth science boards and committees and has authored and contributed to numerous publications and articles on major issues involving earth resources and the environment.

Dr. Charles G. Groat was born in Westfield, New York, March 25, 1940. He currently resides in Reston, Virginia, with his wife, Barbara. He has two grown children.