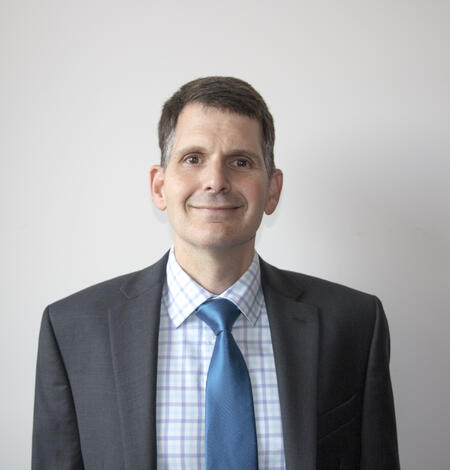 Dave Diamond is Deputy Associate Director for Energy and Minerals (EM). He manages the operations of the EM Mission Area, which conducts unbiased geologic research supporting energy and mineral resource assessments across the United States, and compiles information and statistics on the worldwide supply and flow of minerals and materials essential to our economy and national security.

Dave has been the Deputy AD for Energy and Minerals since October 2017. Dave came to the USGS from the Bureau of Ocean Energy Management (BOEM), where he was Chief of the Leasing Division, serving as the headquarters program manager for Outer Continental Shelf oil, gas, and non-energy mineral leasing. While at BOEM, Dave completed a detail at the USGS in 2016 as the Acting Congressional Liaison Officer as part of the Senior Executive Service Candidate Development Program.

Before joining BOEM in 2012, Dave was an analyst at the Department of Energy’s (DOE) Office of Policy Analysis from 2010-2011, where he worked on DOE's first critical materials strategy.  Dave began his career as a Navy submarine officer, and he continues to serve in the Navy Reserve as the Commanding Officer of a Navy Reserve unit supporting the Office of Naval Research.

RESTON, Va — The U.S. Geological Survey announced today it is providing an opportunity to comment by March 16, 2023, on helium supply risk.