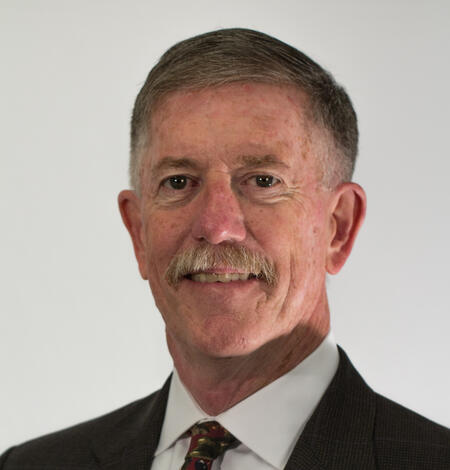 As the former Director of the USGS, Jim Reilly was responsible for leading the Nation's largest water, Earth, and biological science, and civilian mapping agency.

Prior to joining the USGS, Dr. Reilly served U.S. and allied militaries as a subject matter expert on space operations, and as a technical advisor supporting the National Security Space Institute of the U.S. Air Force. He served with the U.S. Navy as a Reserve Engineering Duty Officer.

He’s held management positions in academia, as well as at TAEUS Corporation, and PhotoStencil Corporation, in Colorado Springs, Colorado.

As an astronaut at NASA, he had a distinguished 13-year career where he flew 3 spaceflight missions and conducted 5 spacewalks totaling more than 856 hours in space.

Prior to NASA, he served as chief geologist at Enserch Exploration, Inc., working on projects around the world. He has been active in geological research in Antarctica and on the continental slope of the Gulf of Mexico.

Post-wildfire hazards in Colorado can be as dangerous as the fires themselves.