Streams that head on the volcano enter three main river systems -- the Toutle River on the north and northwest, the Kalama River on the west, and the Lewis River on the south and east. Lahars can form on any of these.

The streams are fed by abundant precipitation that dumps on average about 464 cm (183 in) of rain and snow on Mount St. Helens each year, according to National Oceanic and Atmospheric Administration.

A number of natural and human-made lakes exist close to the volcano in the North Fork Toutle and Lewis River valleys. The uppermost lake in the Lewis River valley is Swift Reservoir (dammed in 1958), which receives drainage from Mount St. Helens via Swift Creek, Pine Creek, and Muddy River. Water draining from Mount Adams, the volcano to the east of Mount St. Helens, also flows into Swift Reservoir via the Lewis River.

Research suggests that Spirit Lake is an intermittent lake: it has been repeatedly dammed by volcanic material, filled to capacity with water, and at least partially drained due to dam failures causing several major floods and lahars down the North Fork Toutle River. It is believed that pyroclastic flows around 3,350 years ago first dammed the river to form the lake, and then it overflowed and was likely dammed again by debris avalanches prior to the May 18, 1980 eruption.

In early 1980, Spirit Lake was the source of the North Fork Toutle River. However, this changed when the 18 May debris avalanche deposit blocked the outlet of Spirit Lake, and caused the volcano's newly formed crater to become the source of the river. The debris avalanche raised the surface elevation of Spirit Lake 64 m (210 ft) and filled its natural outlet to a depth of 84 m (276 ft). Without an outlet, runoff from rain and snow caused the lake level to continue to rise, which threatened to breach the unstable blockage.

In November 1982 a pumping station and pipeline were installed to regulate the rising level of Spirit Lake, while a tunnel was bored through bedrock to provide a permanent, stable outlet. Water released from the pump outlet fed into the North Fork of the Toutle River. In May 1985, the tunnel connecting Spirit Lake and South Coldwater Creek was opened.

The debris avalanche that swept down the Toutle River during the May 18, 1980 eruption of Mount St. Helens blocked South Fork Castle Creek. That blockage ultimately impounded Castle Lake as creek runoff accumulated. In order to prevent the rising lake from overtopping and breaching the blockage, a reinforced spillway was constructed in 1981 to provide a stable outlet.

As a result of the collapse of the north face of Mount St. Helens on May 18, 1980, a debris avalanche blocked the flow of Coldwater Creek, which formed Coldwater Lake. Coldwater Lake would have overtopped the blockage in late 1981 or early 1982, which probably would have resulted in serious flooding downstream. Therefore, a spillway was constructed in 1981 to stabilize the lake level and prevent an uncontrolled breach. Lake level monitoring stopped following the 1998 water year because the lake blockage was considered stable and catastrophic breakout was determined to no longer be a significant threat.

Swift Reservoir was constructed in 1958, the third and final reservoir built on the Lewis River for power generation and flood control purposes. Lake Merwin (completed in 1931) and Yale Reservoir (completed in 1952) are farther downstream.

Swift Reservoir was drawn down to prevent downstream flooding in the event of rapid snowmelt or generation of lahars by the 1980 eruption of Mount St. Helens. By decreasing the water level, the pool elevation was maintained at a level that engineers felt would not overtop the dam if a large flood or massive amounts of sediment released by an eruption filled the reservoir. 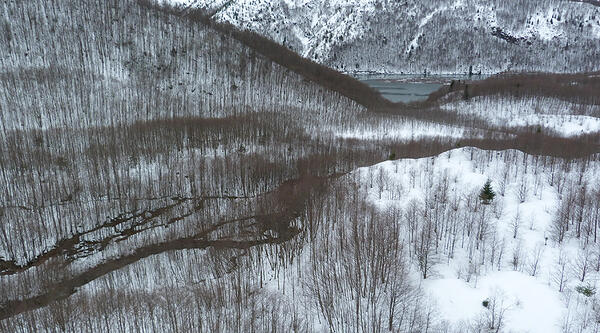 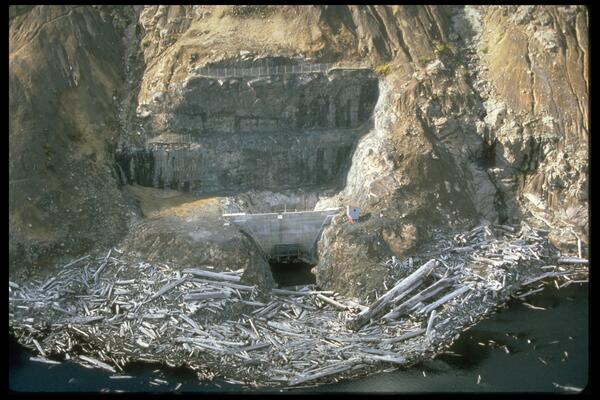 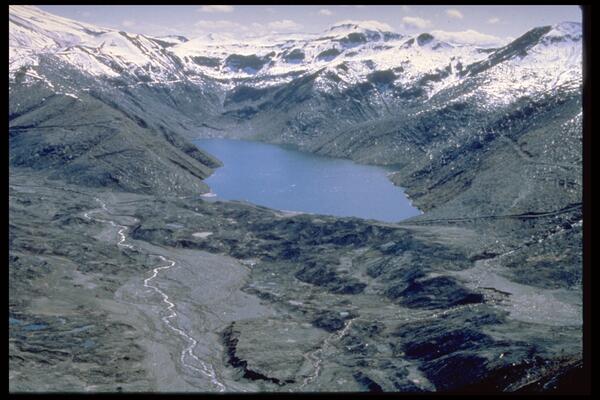 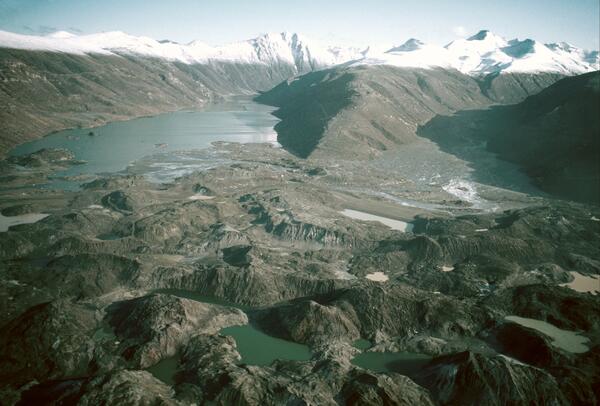 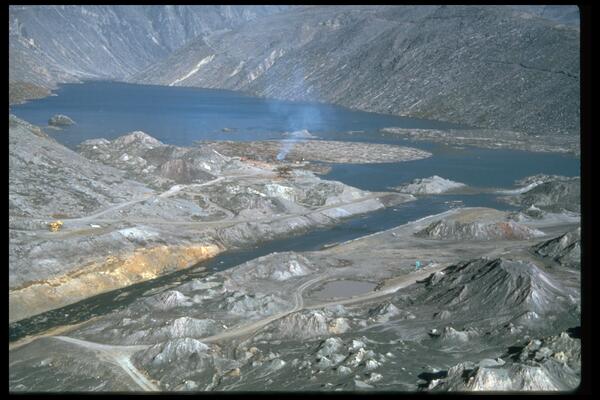 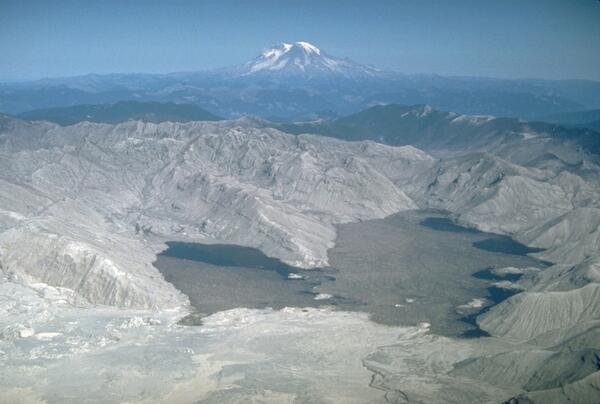