New techniques for monitoring volcanoes and instruments that take advantage of new technologies are often employed by volcanologists when they are affordable and minimize exposure of personnel to hazards.

During the 2004–2005 eruption of Mount St. Helens, portable stations, nicknamed "spiders," installed by helicopter-sling operations were a critical volcano-monitoring tool at sites where ground crews could not work safely or where landing a helicopter was not possible. Spiders transmit real-time data day and night, helping scientists to provide local, state, and federal government agencies with appropriate updates in the state of volcanic activity.

In 2004, Mount St. Helens was regarded as a well-monitored volcano, but the eruption that began in September exposed weaknesses in the volcano's monitoring network. The explosion of October 1 destroyed a crucial seismic monitoring station within the crater and reduced the quality of earthquake locations. Also, the instruments in place at the start of 2004 volcanic unrest were inadequate to record large earthquakesand measure subtle ground surface movement associated with the activity. New instruments needed to be installed quickly, however, traditional methods of instrument deployment, especially in the Mount St. Helens' crater, would have been too risky for scientists. Therefore, monitoring instruments fitted on lightweight stations, called spiders due to their spindly frames, were developed and deployed via a helicopter cable.

Spiders can be built relatively quickly to house instruments that measure earthquakes, ground and glacier movement, rates of lava dome extrusion (eruption), and volcanic gas emissions. Each unit consisted of an aluminum case that contained batteries and a weatherproof plastic case that enclosed the electronic components. A rope sling with a swivel eye was bolted to the outer metal case for attachment to a helicopter sling-cable remote-release hook. Each station was light, (approximately 70 kg) and parts for each unit were relatively inexpensive, (about $2,500–$7000, depending on the payload). They had three widely spaced stainless steel legs, which provided stability during transport and deployment on rocky, uneven terrain. Monitoring data were transmitted in near-real time to the Cascades Volcano Observatory in Vancouver, Washington. When Mount St. Helens, or any other volcano erupts again, spiders can be not only deployed in numbers needed to obtain data that enhances the existing monitoring network, they can be easily retrieved for redeployment or maintenance.

GPS spiders were used to track the growth and decay of portions of the dacite lava dome (meters per day), thickening and accelerated flow of Crater Glacier(meters per month), and movement of the 1980– 86 dome from pressure and relaxation of the newly extruding lava dome (centimeters per day). At present, nothing has demonstrated ongoing extrusion of lava as directly as a GPS receiver riding on an active lava spine.

Seismic spiders are not substitutes for well-established seismic stations because they lack the sensitivity to detect small earthquakes, unless they happen to be nearby, or to detect the long-period earthquakes that may well mark the start of volcanic unrest. However, once unrest has begun, they can be used to supplement an existing network where additional near-field monitoring is desired.

After the 2004-2008 eruption wound down, a research and development project funded by the USGS and NASA was undertaken to develop a "super smart spider" that integrated many features. That project was adapted by the Cascades Volcano Observatory to develop a simpler, but still "smart spider." The latest version supports GPS, seismic, infrasound, and gas sensors while using very minimal power, so it can operate a year on non-rechargeable batteries. This new spider can be shared with cooperators and can connect to any radio system to send data that can be analyzed remotely. This technology has been applied to monitor other geologic hazards such as the Ferguson Rockslide near Yosemite National Park. 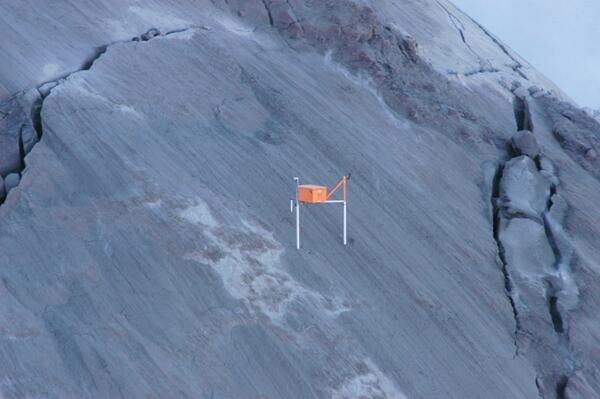 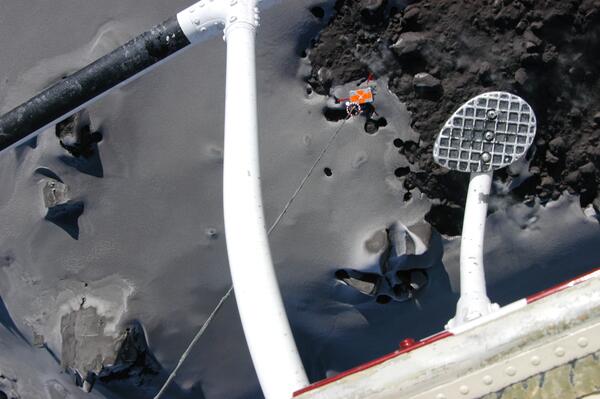