How old are the surface rocks near me?

Divisions of the Geological Timescale

https://pubs.er.usgs.gov/publication/fs20183054
Youth and Education in Science

Welcome to the USGS Trek Through Time, where you can walk part of geologic history! The Trek is on the campus of USGS headquarters in Reston, VA. If you're nearby, park for free in the visitor's lot, and head to the left corner of the building. Walk down a small ramp, and enjoy a stroll in the woods. If you aren't, you can do a virtual walk by following these links. 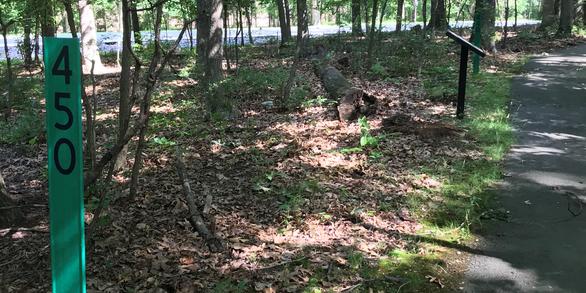 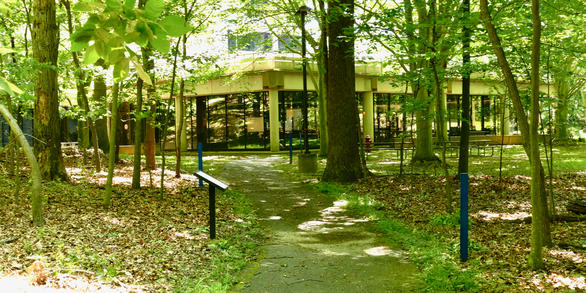 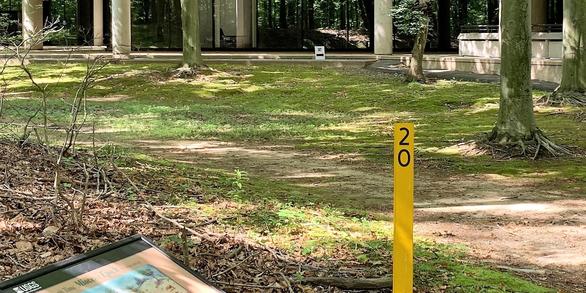 The Trek Through Time was conceived and brought to life by Laurel Bybell, USGS Scientist Emerita. She produced it three times for events and finally in 2020 as a permanent installation.

How old is Earth?

Earth is really, really old…about 4.6 billion years old! A billion is equal to 1000 million, and numbers that large can be challenging to think about. If you tried to count to these numbers without stopping, here’s how long it would take:

How was the Geologic Time Scale made?

KIDS’ Corner: What’s an element? Elements are very small, unique substances with a specific number of protons (+ charges) and electrons (- charges), and a variable number of neutrons (no charge). Isotopes of elements have the same number of protons, but a different number of neutrons, which changes their atomic weight. For example, all carbon atoms have 6 protons - that is the definition of carbon. Some have 6 neutrons (12C), some 7 (13C), and some 8 (14C). Can you figure out what the 12, 13, and 14 come from in this example?*

Isotopes can be stable (do not decay over time, like 12C and 13C) or radioactive (decay over time, like 14C). There are over 100 naturally occurring elements, and each element can have one or more isotopes. For more information about isotopes and the Periodic Table of the Elements, visit: https://wwwrcamnl.wr.usgs.gov/isoig/res/funda.html

Today’s walk along the Trek Through Time

The Phanerozoic Eon is divided into three Eras:

Let’s get walking! (click on this link or start with Paleozoic above)