Microcystins are toxins produced by cyanobacteria (previously known as blue-green algae ) that are harmful to humans and other animals. In 2012, microcystins began to be detected in San Francisco Bay (SFB). This was unexpected because most microcystin producing cyanobacteria live in freshwater. On-going microcystin-related work has focused on monitoring the presence of microcystins in water and biota. Despite this effort, the source or sources of microcystins in SFB remain unknown, as the organisms that form them have not been found.

The problem is that SFB managers cannot take action to address microcystins until they know where the toxins are being produced and by which taxa. Microcystins are frequently detected within shellfish and in the water column, but the taxa responsible for producing microcystins is unknown. Because microcystins are entering the food web through shellfish, they could be negatively impacting ecosystem health. Furthermore, subsistence harvesting of shellfish may occur in SFB, placing humans at risk of microcystin toxicity . Because the diverse habitats and spatial distribution of potential microcystin sources, managers will have to craft tailored approaches to address microcystins in SFB and can only act once sources have been identified.

Because of its potential impact on human and ecosystem health, microcystin is one of the focal toxins of the SFB Nutrient Management Strategy (NMS). The NMS is a regulatorily-mandated science and monitoring program charged with developing the scientific foundation to support nutrient management decisions in SFB.  This includes assessing the impact of nutrients on the aquatic health of the Bay. There have been concerns that the Bay may be losing its resistance to the impacts of nutrient loading, since chlorophyll-a began increasing in the Bay in the mid-2000s. Water quality managers need to know if combined stressors from climate change and human activity are altering not only phytoplankton abundance but also increasing the loading of microcystins in the Bay.

Goal
To identify the sources and producers of microcystins detected in San Francisco Bay.

To identify the source of microcystins detected in SFB USGS scientists will design sampling-surveys of each of the potential locations listed in Objective 1. Surveys will involve collecting water samples and benthic samples, as well as deploying passive microcystin samplers (SPATTs, Solid Phase Adsorption Toxin Tracking Samplers). DNA-based molecular metabarcoding methods will be used to identify potential microcystin producers in the samples (see figure 2). Once the potential producers are identified, future research can concentrate on these taxa with focused isolation, culturing, molecular, or chemical research projects.

From this approach, one, or many, potential sources and producers of microcystins to the South Bay are expected to be found. From the results of this project, the sources and producers that warrant further study will be identified. Additional research will then provide a more detailed understanding of the spatial and temporal distribution of the taxa and the factors driving growth and microcystin production.

This project addresses the ecosystem and climate strategic directions in the USGS Science Plan, for example ‘Understanding Ecosystems and Predicting Ecosystem Change’ as well as ‘The Role of Environment and Wildlife in Human Health’. This is accomplished by improving our understanding of effects and changes in water quality in the SFB. The identification of microcystin producers and microcystin degradation rates will lead to improved biological and toxin transport models that will aid the evaluation of future management or regulatory actions in the SFB.  Additionally, the goals of this study directly align with the USGS Strategic Science Direction for the utilization of emerging technology  for advancement of techniques for determining water-quality characteristics of surface water at nationally important surface water quality sites.

This project is relevant to water quality and restoration projects in SFB – the Nutrient Management Strategy (NMS) and South Bay Salt Pond Restoration Project. Because of the potential impact of microcystins on water quality and ecosystem health, microcystins are considered one of the focal toxins of the NMS. Understanding the impact of harmful algal blooms, including cyanobacteria and microcystins, is one of the priority actions of the NMS. Additionally, reducing the presence and potential for toxic algae species is a restoration target in the Science Program for Phase 2 of the South Bay Salt Pond Restoration Project. This research will help determine if microcystin producing cyanobacteria inhabit South Bay Salt Ponds.

With the detection of cyanotoxins in coastal and waters from Southern California to San Francisco Bay, monitoring for cyanotoxins in estuaries was prioritized and included alongside freshwater habitat monitoring in the State Water Boards freshwater harmful algal bloom monitoring strategy. This project will provide relevant information to the State and Regional Water Boards about cyanotoxin production and transport at the land-sea interface. While the occurrence of microcystins in estuaries and the coastal ocean is increasingly reported, fewer studies identify the taxa producing microcystins. Results from this project will inform the global community of public health and cyanotoxin researchers studying the occurrence and impact of microcystin in aquatic ecosystems. 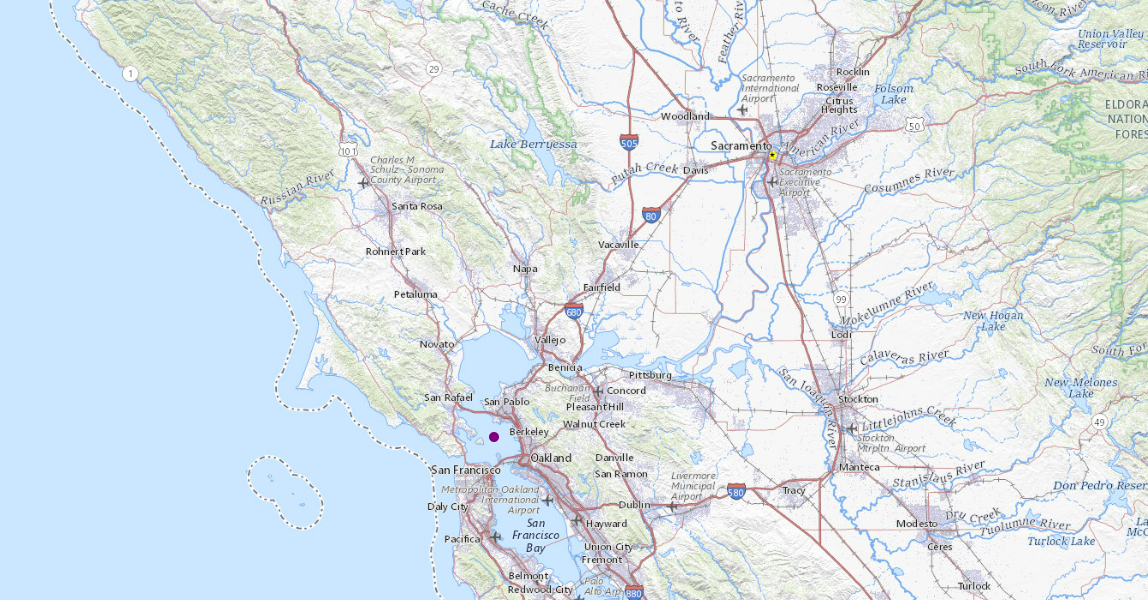 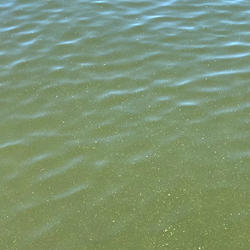 California’s Sacramento-San Joaquin River Delta (Delta) provides drinking water to about 30 million people and irrigation water to the agriculturally rich Central Valley. The Delta is also home to numerous threatened and endangered native species. The health of the Delta's aquatic ecosystems, and fish in particular, have long been in a state of decline. This is associated with decreasing...
By
California Water Science Center
link
June 26, 2020

California’s Sacramento-San Joaquin River Delta (Delta) provides drinking water to about 30 million people and irrigation water to the agriculturally rich Central Valley. The Delta is also home to numerous threatened and endangered native species. The health of the Delta's aquatic ecosystems, and fish in particular, have long been in a state of decline. This is associated with decreasing...
Learn More