Widespread flooding occurred again in the northern Black Hills in June 1904, with reports indicating fairly severe flooding in some areas. This is one of the earliest years for which quantitative information is available from U.S. Geological Survey (USGS) streamflow records; however, availability is limited to about a dozen stations with sporadic records within a general time frame of about 1903–06 (Miller and Driscoll, 1998). A peak flow of 5,000 cubic feet per second (ft3/s) was recorded on June 5, 1904, for station 06431500 along Spearfish Creek at Spearfish, which is one of the first large floods recorded at a USGS gaging station in the Black Hills area and through 2009 remains as the peak of record for this station.

The year 1907 is one of the most noteworthy years for flooding in the Black Hills area. The Deadwood area had a record late snowfall of at least 2.5 ft in late May that followed heavy rain over a previous period of 60 hours. The widespread wet conditions that persisted through at least the end of May 1907 might have been a contributing factor to severe and large-scale flooding in the Black Hills that developed beginning the afternoon of Wednesday, June 12. Severe flooding was reported in Stagebarn Canyon and in the Little Elk and Elk Creek drainages. A peak flow of 16,000 ft3/s occurred along Boxelder Creek (station 06422500). The 1907 storms and flooding may be among the most severe that have been experienced in the Black Hills area since European settlement.

During 1908, Hot Springs had substantial flooding from heavy rainfall on May 31 that was exacerbated by saturated conditions from prolonged rains of the previous week.  A severe storm on May 9, 1909, caused damage and flooding in various parts of the Black Hills. During late May and early June 1909, widespread flooding from prolonged rains occurred in many streams in the northern Black Hills, with flooding along Spearfish Creek reported as some of the most substantial. In 1910, flooding occurred along the Belle Fourche River. 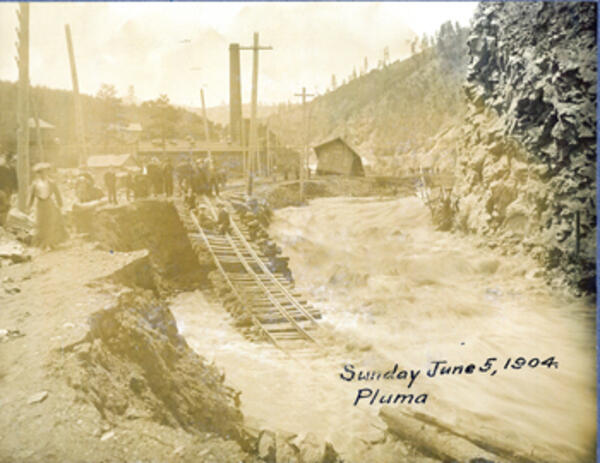