Severe and widespread flooding occurred along many streams in the central Black Hills on June 9–10, 1972, in what is consistently thought of as the most outstanding storm and flood event that has occurred in the Black Hills area since European settlement..  Nearly 15 inches of rain fell in about 6 hours near Nemo, and more than 10 inches of rain fell over an area of 60 square miles (Schwarz and others, 1975). The resulting floods left 238 people dead and 3,057 people injured (Carter and others, 2002). Although Pactola Reservoir was effective in storing runoff that originated upstream from Pactola Dam, the heaviest rainfall occurred downstream from the dam. Most of the flow that passed through Rapid City by way of Rapid Creek originated in the 51-square-mile drainage area between Pactola Dam and Canyon Lake. Flood waters that reached Rapid City between 9:30 and 10:00 p.m. on June 9 carried large amounts of debris that clogged the spillway of the Canyon Lake Dam. The dam at Canyon Lake failed at about 10:45 p.m. However, the effect of this dam failure on the subsequent flood wave into urban Rapid City has been difficult to assess because the amount of water coming down Rapid Creek and several tributaries (accounting for 86 percent of the flow) far overshadowed the amount of water in the small lake (Schwarz and others, 1975). The peak flow of 50,000 cubic feet per second (ft3/s) was carried through Rapid City by way of Rapid Creek at about midnight on June 9, while many people were asleep and unaware of the impending flood. The stage of Rapid Creek (measured above Canyon Lake) rose more than 13 feet in 5 hours during the flood. Extreme flooding also occurred along Battle Creek and its tributaries because this area received some of the most intense rainfall. In Keystone, eight people were killed and much of the town was washed away. Boxelder Creek also experienced extreme flooding, although total damage was relatively low because of the area's sparse development at that time. Smaller floods also occurred along Elk Creek and Bear Butte Creek. Damage to the Fort Meade Dam near Sturgis was so extensive that the dam had to be demolished by the South Dakota National Guard by the end of June 1972.

Prolonged heavy rainfall occurred throughout parts of the northern Black Hills on June 13–15, 1976, and many U.S. Geological Survey gaging stations in the Black Hills area recorded annual peak flows for 1976 associated with this storm.  Sando and others (2008) provided peak-flow data (in table 8 of that report) for 70 gaging stations along unregulated tributaries to the Cheyenne and Belle Fourche Rivers that were used in developing a mixed-population analysis for the Black Hills area.  Of these 70 stations, 41 have peak-flow data for 1976, and the annual peak flow for 30 of the 41 stations occurred during June 15–17.  This included all stations within and north of the Grace Coolidge and Battle Creek Basins.  Noteworthy peak flows included 3,870 ft3/s along Spearfish Creek at Spearfish (station 06431500), 6,780 ft3/s farther downstream along the Redwater River above Belle Fourche (station 06433000), and 16,700 ft3/s along Indian Creek (station 06436700). 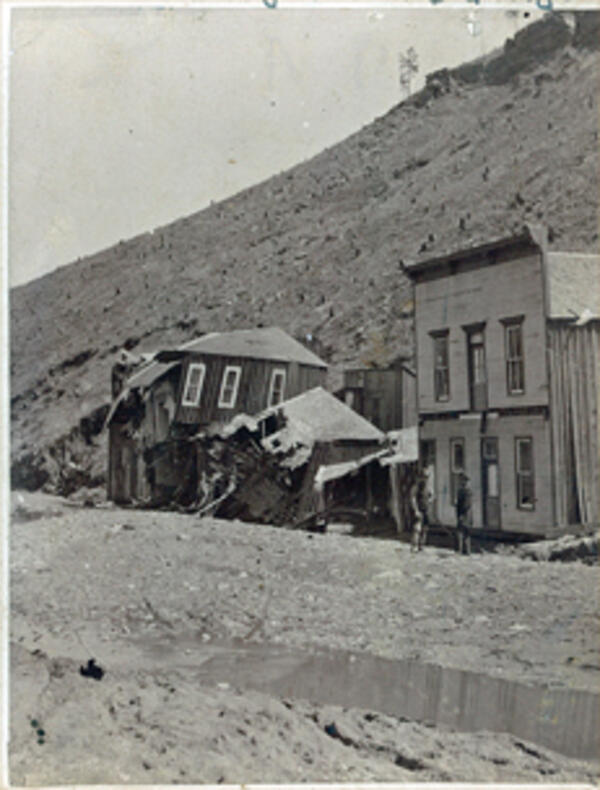 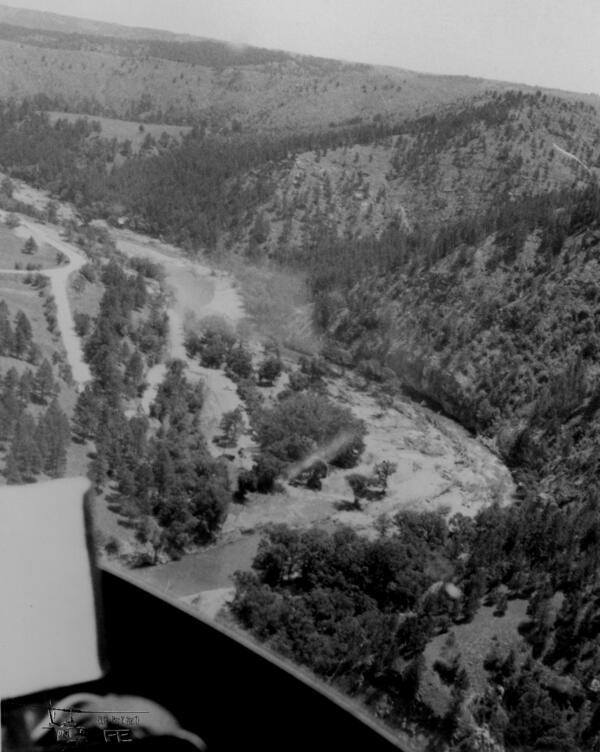