Clark’s nutcrackers are foraging specialists, depending on conifer seeds from Whitebark and Limber pine, which have been affected by unprecedented outbreaks of mountain pine beetle, white pine blister rust, and fire-suppression. Nutcracker numbers and movements are sensitive to the loss of pine forests occurring throughout western North America. Information on nutcracker gene flow could provide a baseline for detecting future changes in nutcracker movements and distribution resulting from declines in Whitebark pine ecosystems. Our work shows that gene flow among populations throughout the range is high. Restoration projects to restore Whitebark pine communities in several regions are underway; these findings suggest that nutcrackers may repopulate these regions as forests mature. This research is in collaboration with the University of Colorado-Denver.

The goals of this study are to characterize patterns of connectivity across the Lesser Prairie-chicken range, document levels of genetic variability among populations, identify the source population(s) for the region of recent range expansion, and determine the level of introgression with the Greater Prairie-chicken in areas where the two species overlap in distribution. This project is revealing relatively strong population structure that falls largely along ecoregion boundaries. This study also shows that the species is expanding its range into previously unoccupied or sparsely occupied habitat from the mixed grass prairie ecoregion and to a lesser extent from the sand sagebrush ecoregion (due to enrollment of agricultural land into the Conservation Reserve Program) and is actively hybridizing with Greater Prairie-chickens in the area of expansion, information that is highly relevant for management. This research is in collaboration with Texas A&M-Kingsville, Oregon State University, University of North Texas, University of Oklahoma, and the Sutton Avian Research Center.

The goal of this study is to document levels of connectivity among white-tailed ptarmigan populations. Our preliminary results, based on microsatellite loci, revealed that there is significant population genetic structure throughout the species’ range. The Colorado and Vancouver Island populations were the most isolated and there was limited connectivity among populations in Alaska, the Yukon, Washington, and Montana. There is little evidence for movement from Colorado northward or from Vancouver Island eastward, raising concerns for the long term viability of two subspecies. As these areas are most impacted by climate change, this lack of connectivity to the core part of the range may have implications for the species’ ability to track shifting habitats due to warming climates. 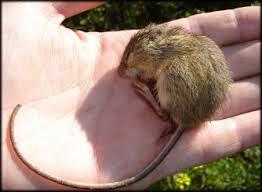 The goal of this study is to assess the level of Preble’s Meadow Jumping Mouse exchange between proximate recovery populations and among drainages in the same recovery population, and use this information to direct management actions, aid recovery plan development, and evaluate conservation strategies outlined in the draft recovery plan. This research is in collaboration with the Colorado Natural Heritage Program.

In an attempt to augment dwindling population sizes of Gunnison Sage-grouse in small, satellite populations, Colorado Parks and Wildlife began translocating birds captured in the Gunnison Basin to each of the western satellite populations beginning in 2005. The ultimate fate of translocated individuals remains unknown. We are using range-wide genetic samples collected before and after the translocations began to inform the effectiveness of translocations. Findings from this study will aid managers in identifying conservation approaches and allocating resources to the most promising conservation and management efforts for a species listed as Threatened under the Endangered Species Act. This research is in collaboration with Colorado Parks and Wildlife. 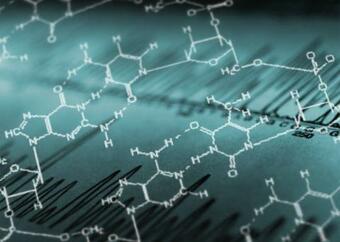 The purpose of this study is to investigate population genetic structure of Northern Black Swift populations throughout portions of their range in the United States, important information used for conservation prioritization. In addition, this study will document the degree of connectivity among colonies and levels of diversity within them, as well as examining site fidelity of individual birds.

The White‑tailed Kite has demonstrated large population fluctuations over the last 150 years. Once common in California, Texas, and the southeast United States, kite numbers declined to very low levels in the 1900s and was thought to be on the verge of extinction by the 1930s. In the 1940s populations began to expand and increasing numbers were observed during the following decades. Today, the White-tailed Kites are common residents throughout much of California, with slow but steady increases in population numbers in the Central Plains states, Texas and Florida. It is unknown whether current U.S. populations suffered a severe genetic bottleneck in the early 1900s and have rebounded since, or whether current U.S. population growth has been related to immigration from Central and South America populations. We are using genetic techniques to examine museum specimens collected before 1930 and modern samples collected in the 1990s from California to provide clues as to whether modern Kites in California in fact have low diversity due to a genetic bottleneck or whether they were founded and sustained by immigrants from other continents.

We investigated genetic structure and levels of genetic diversity in wood frogs in Rocky Mountain National Park, where recent disturbances have altered hydrologic processes and fragmented amphibian habitat. We estimated migration rates among subpopulations, tested for a pattern of isolation-by-distance, and looked for evidence of a recent population bottleneck. We found two subpopulations corresponding to northern and southern areas. Estimates of migration rates among the two subpopulations were low, as were estimates of genetic variability. Conservation of the population of wood frogs may be improved by increasing the spatial distribution of the population and improving gene flow between the subpopulations. Construction or restoration of wetlands in the landscape between the clusters has the potential to address each of these objectives. This research was in collaboration with Colorado State University.