Effects of Sea-Level Rise and Climate Change on the Groundwater-Flow System of Martha’s Vineyard, Massachusetts Active

The U.S. Geological Survey (USGS), in cooperation with the Massachusetts Department of Environmental Protection (MassDEP), is investigating the effects of sea-level rise and climate change on the groundwater resources of Martha’s Vineyard, Massachusetts.

The unconsolidated sediments that underlie Martha’s Vineyard (fig. 1) comprise an important aquifer system that is the sole source of potable water for residents of the island. Three of the six towns on the island withdraw potable water from large-capacity public-supply wells, some of which are near the coast, and most of the remaining residents make use of private wells. On-site septic systems and municipal sewers are used for wastewater disposal. Shallow, unconfined aquifers such as the aquifer underlying Martha’s Vineyard are vulnerable to the effects of sea-level rise and climate change.

The sea level near Martha’s Vineyard is projected to rise 1 to 6 feet by the end of the 21st century (fig. 2). Potential effects of sea-level rise include surface inundation of low-lying coastal areas and changes in the altitude of the water table and corresponding distance from the land surface to the water table (depth to water), the position of the freshwater/saltwater interface in the aquifer, and the volume of base flow in freshwater streams. Projected increases in air temperature and changes in the magnitude and seasonal distribution of precipitation may also affect aquifers by changing the amount and timing of groundwater recharge in the 21st century compared to the late 20th century.

Rising sea level and changing seasonal patterns of recharge may have significant impacts on the groundwater-flow system underlying Martha’s Vineyard. Increased groundwater levels could result in subsurface flooding of septic systems, basements, and other infrastructure, affecting the future suitability of land for commercial and residential use. Increased groundwater levels and inundation from higher sea levels (fig. 3) could also disrupt the functioning of sensitive coastal wetlands and other aquatic habitats. Under higher sea levels, potable drinking-water supplies obtained from public-supply and private wells located near the coast could also be affected directly by saltwater intrusion and aquifers could be affected more regionally by a rising freshwater/saltwater interface.

Based on previous studies, the response of the hydrologic system to climate change is expected to vary substantially with distance from the coast and inland surface-water features and with time. Because of this complexity, climate-change effects are most accurately evaluated by use of a calibrated numerical groundwater-flow model. Groundwater-flow models represent geologic and hydrologic features and processes, including groundwater and surface-water interactions and changes in both the freshwater and saltwater flow systems. Model results provide detailed spatial information on projected changes in depth-to-water under higher sea levels and associated vulnerability of subsurface infrastructure. Presently, there is no island-wide model of the groundwater-flow system underlying Martha’s Vineyard that could be used for a climate-change assessment.

To address this need, the USGS, in cooperation with MassDEP, is developing steady-state and transient groundwater-flow models for Martha’s Vineyard (fig. 4). The steady-state model will represent average conditions for the hydrologic system on Martha’s Vineyard over the past few decades to present day. The transient model will be used in conjunction with output from selected general circulation models (GCMs) to evaluate the potential future response of the hydrologic system to climate change. Information from GCMs and other published studies on sea-level rise and changes in temperature and precipitation will be obtained for projected future emissions representing best-case (lower emission) and worst-case (higher emission) scenarios. Other scenarios may also be evaluated as part of the study. GCM output for the selected emissions scenarios will provide information on potential rates of sea-level rise and changes in other relevant climatic variables in the vicinity of Martha’s Vineyard, providing a temporal framework for the effects of climate change on the hydrology and water supplies on Martha’s Vineyard during the 21st century.

Overall, the study will help determine the need for and inform water-management scenarios related to availability of drinking-water supplies on Martha’s Vineyard, such as heightened requirements for alternative supplies (for example, new wells) and conservation measures in coming decades. Study results on the potential impacts to water supplies and coastal hydrology will have broad applicability to other coastal communities in Massachusetts and may highlight the need for additional site-specific studies in vulnerable areas. 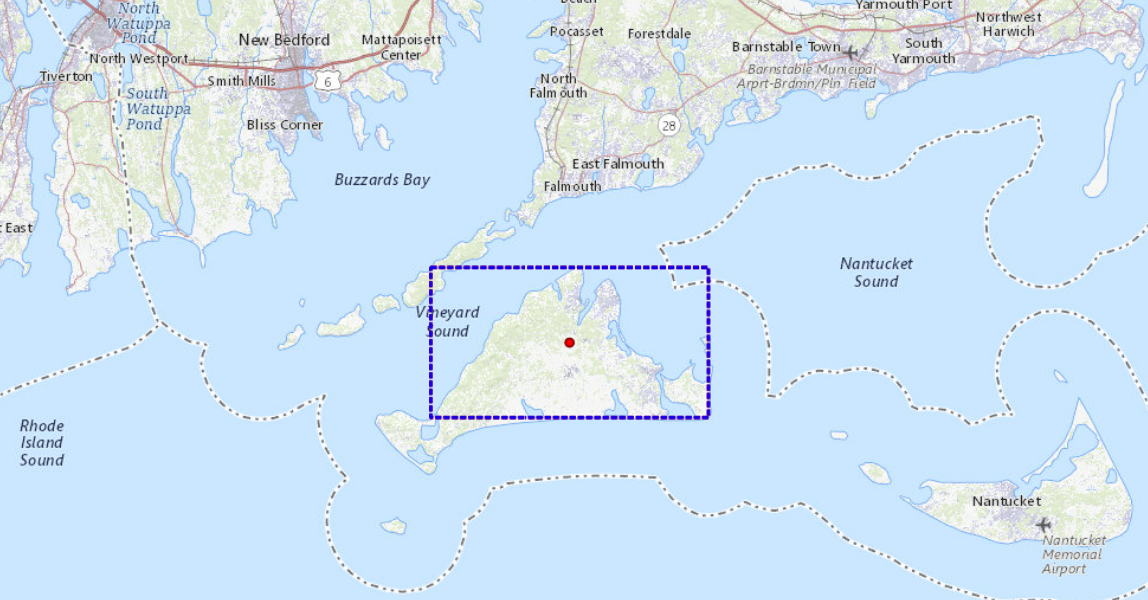 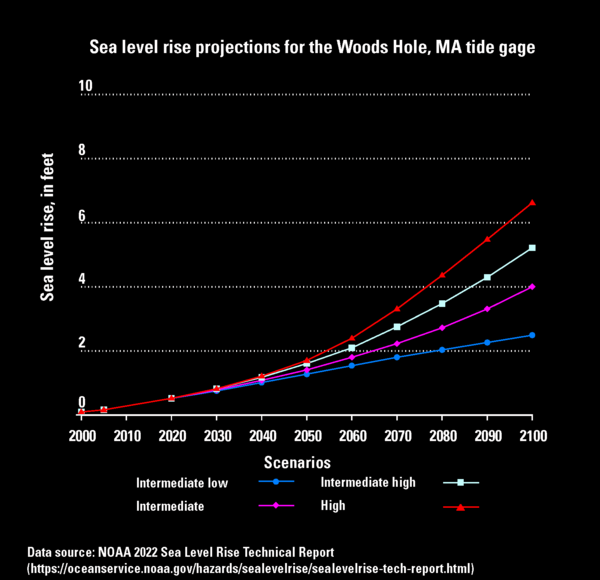 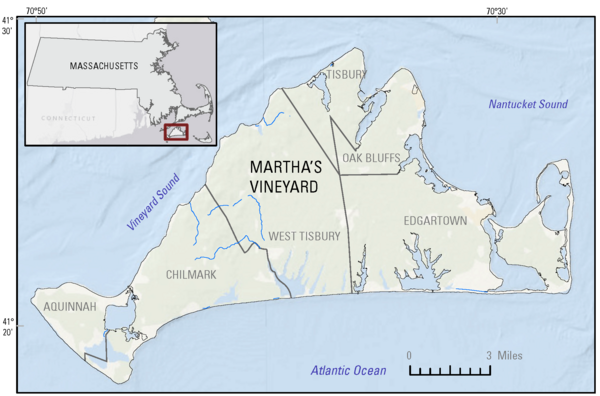 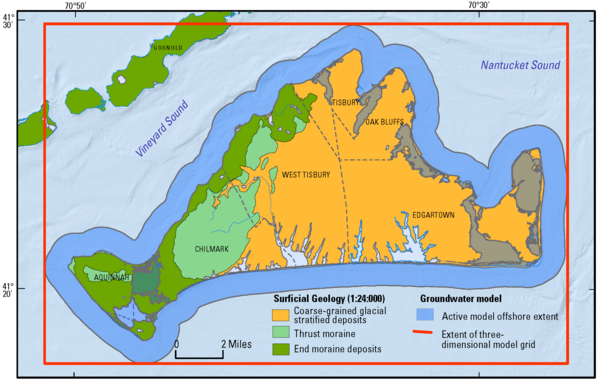 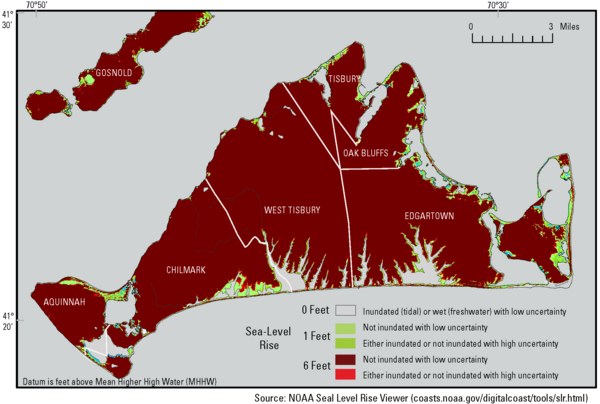 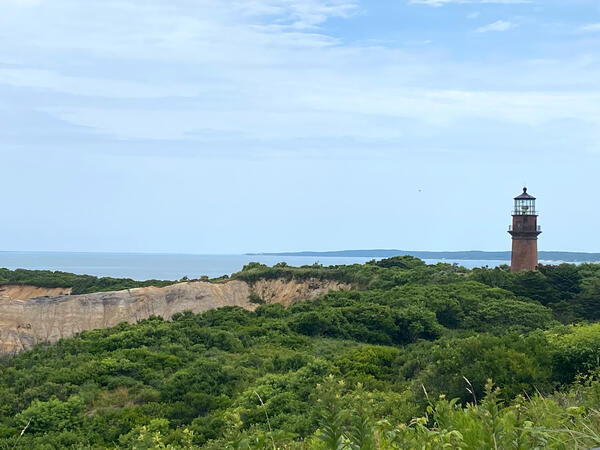 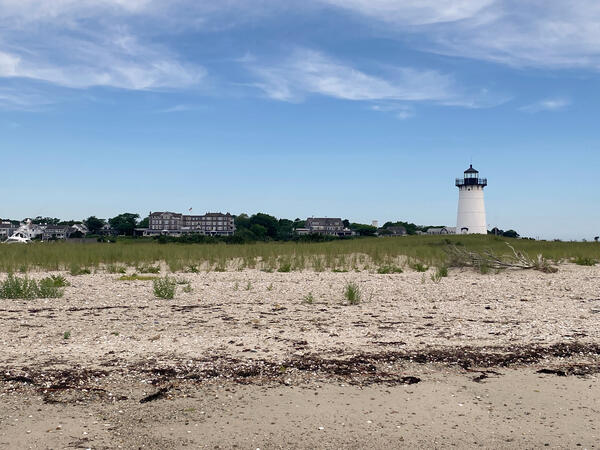 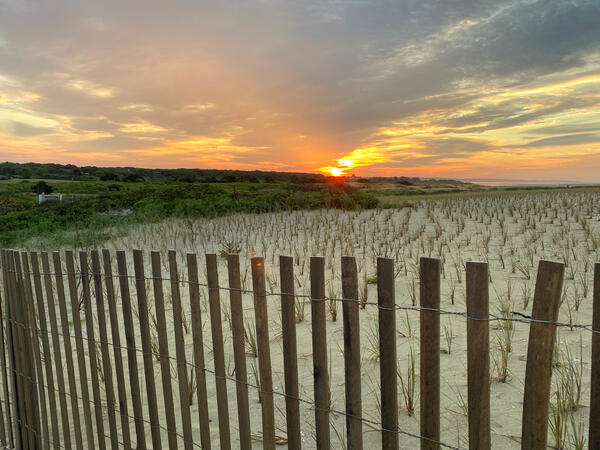 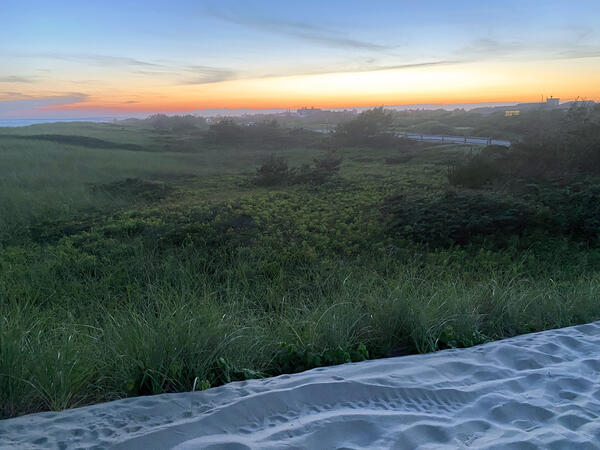