In 2019 USGS and the U.S. Environmental Protection Agency (EPA) Region 1 initiated a study to measure spatial and temporal patterns of nitrogen loading in selected rivers on Cape Cod and then determine whether the measured patterns can be related to nitrogen source areas in the surrounding watersheds to prioritize nitrogen reduction efforts. Study results will improve understanding of nitrogen sources and discharge to Cape Cod rivers and provide quantitative estimates of surface-water nitrogen loads to coastal embayments.

Recent studies by USGS have shown that focused groundwater discharge occurs in the Quashnet, Mashpee, and Santuit Rivers on Cape Cod (Rosenberry and others, 2016; Briggs and others, 2018; Hull, 2018, written commun.). Groundwater discharge to the stream channel occurs mainly in discrete areas that appear to be related to local features such as the permeability of streambed sediments, hydrogeologic conditions in the underlying aquifer, and river morphology. The extent of focused groundwater discharge in other Cape Cod rivers is not known, but similar patterns of discrete discharge are likely. Focused groundwater discharge has implications for nitrogen loading to rivers and downstream receiving water bodies because a substantial fraction of the total nitrogen load may originate from these discrete areas. If areas of focused discharge receiving high nitrate loads can be located, it may be possible to identify the associated sources in the watershed for targeted management of wastewater nitrogen. In 2019, the USGS in cooperation with the EPA Southeast New England Program for Coastal Watershed Restoration (SNEP) initiated a study on Cape Cod to investigate this issue.

The objectives of the study are to design, test, and evaluate approaches for using field observations and groundwater-flow simulations to identify areas of high nitrogen loading to selected rivers on Cape Cod; investigate whether the source areas associated with the high nitrogen-loading areas can be identified for targeted nitrogen management efforts; and provide guidance to Cape Cod stakeholders on the application of study results to targeted nitrogen reduction efforts. Targeted reduction of nitrogen and other wastewater constituents to rivers may expedite load reductions to receiving coastal embayments on Cape Cod. A combination of newly collected streamflow and water-quality data from Cape Cod rivers and previously published GIS layers and regional groundwater flow models (Walter and others, 2016, 2019) will be used in the analysis.

During September 2019, USGS hydrologists and hydrographers measured streamflow and collected water samples for nitrate analysis at multiple locations on 10 rivers on Cape Cod that drain to Vineyard and Nantucket Sounds (fig. 1). These data provide profiles of streamflow, nitrate concentration, and nitrate loads along the non-tidal lengths of the rivers, as shown in figure 2 for the Santuit River. Future field data collection will focus on additional sampling to evaluate temporal variability in the magnitude and spatial patterns of nitrogen loading in selected rivers and more detailed assessments of groundwater and nitrogen discharge in selected river reaches. 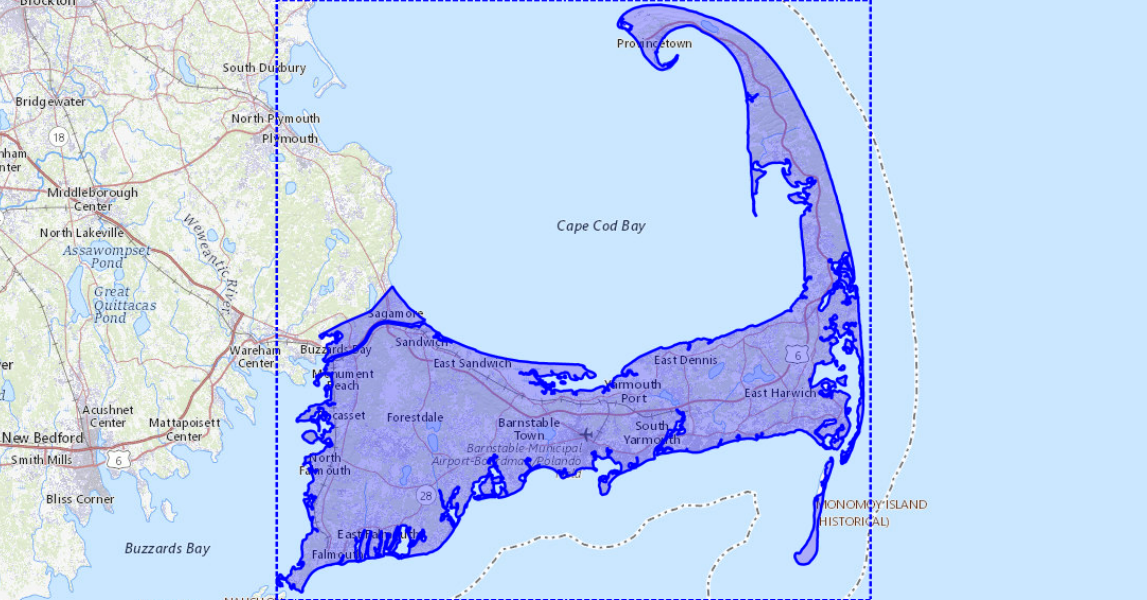 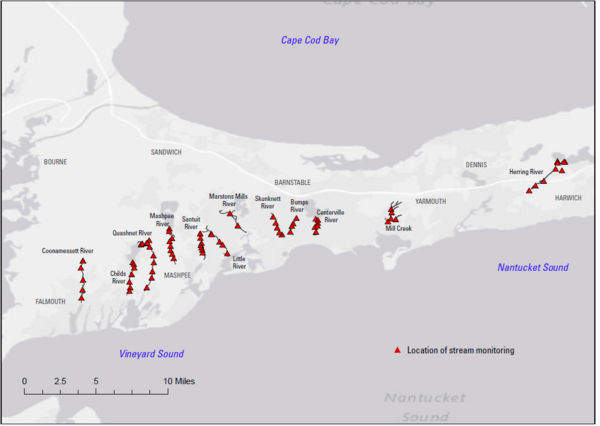 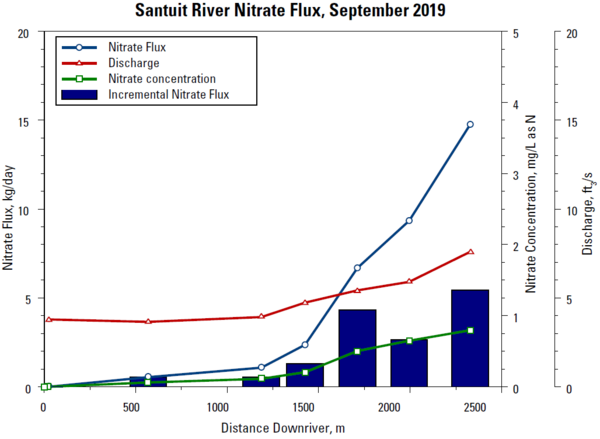