This is a summary of the research focus for Dr. Joe Clark. 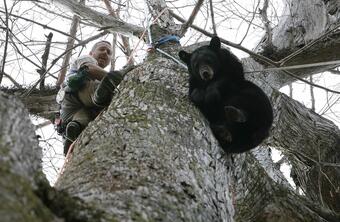 Endangered Species Research - This area of research includes investigations to assist in the management and recovery of federally threatened or endangered species.  For example, Dr. Clark has been involved in studies to evaluate the effects of deer and hog hunting on Florida panther behavior, document the effects of prescribed fire on panther habitat, and evaluate prospective panther reintroduction sites.  A current Florida panther study involves the development and testing of a GIS-based habitat evaluation tool.  The Louisiana black bear is a federally threatened species and population demographics research is ongoing to perform a population viability analysis.  Additionally, a study was recently completed to evaluate the effects of hurricanes Katrina and Rita on Louisiana black bear habitat; the development of a statewide habitat modeling tool based on that work is currently underway. 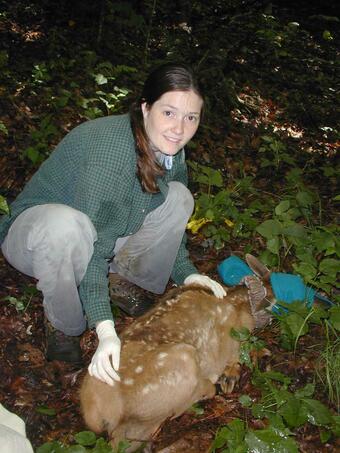 Ecological Restoration - This area of research involves the reintroduction of native species.  For example, Dr. Clark helped develop a habitat model to evaluate the potential for reintroducing elk to Arkansas.  In Great Smoky Mountains National Park in North Carolina, elk were reintroduced and a population viability analysis was performed to predict population growth and identify limiting factors.  Calf survival was found to be an important determinant of population growth and a follow-up study was conducted to evaluate factors contributing to low calf survival.  Data on the Great Smoky elk population are continuing to be collected in cooperation with NPS.  In Tennessee, Arkansas, and Louisiana, Dr. Clark has been involved in studies to reintroduce black bears to their former range using a winter-release method whereby females with cubs are extracted from winter dens and translocated to an artificial den box at the reintroduction site.  Viability assessments have been performed to evaluate the status of those reintroduced populations.

Wildlife Management on Department of Interior Lands - This area or research focuses on providing solutions to management questions to better enable Department of Interior officials to make science-based decisions.  For example, National Park Service managers at Mammoth Cave National Park, Kentucky were interested in whether reintroduced river otters would decrease muskrat densities in the Green River; muskrats are a significant predator of threatened or endangered native mussel species.  Research was conducted to evaluate this inter-specific relationship using occupancy estimation methods.  At Okefenokee National Wildlife Refuge in Georgia, U.S. Fish and Wildlife Service managers were concerned about whether hunting adjacent to the refuge was significantly affecting the black bear population.  Mark-recapture and radio-telemetry research was conducted to evaluate how hunting affected survival and population growth.  Similarly, the effect of exploitation on population growth was evaluated for black bears at White River National Wildlife Refuge, Arkansas.