Marine reserves and protected areas in the U.S. Virgin Islands and Puerto Rico encompass a variety of tropical ecosystems, including coral reefs, mangroves, and seagrass beds, but questions remain regarding how effective these areas are at preserving and protecting the habitats and species they encompass. USGS and collaborators address this question by examining the biodiversity and food web dynamics of the fish and invertebrates that reside in connected tropical ecosystems.

The Science Issue and Relevance: Marine reserves and protected areas surrounding the Virgin Islands and Puerto Rico contain a variety of tropical biomes, including coral reefs, mangroves, and seagrass beds. These ecosystems preserve nursery habitats for native fishes, support biodiversity of a full complement of aquatic invertebrates, and reduce effects associated with pollution and island land use. In order to answer questions regarding how effective these designated areas are in preserving and protecting these spatially connected habitats and associated fishes and invertebrates, collaborative interdisciplinary research has begun in the Virgin Islands and Puerto Rico. Thus, the biodiversity and trophic dynamics of fishes and invertebrates residing in connected mangroves, seagrasses, and coral-reefs are being examined to discern the effectiveness of current marine reserves and protected areas for conserving reef resources.

Methodology for Addressing the Issue: To address the issues of connectivity, trophic relationships and biodiversity, various approaches were used for collecting samples during the summer from 2008-2013. Telemetry and stable isotope analyses (SIA) were used to track fish movement patterns in and out of connected habitats, marine reserves and protected areas, and to identify invertebrates within fish foraging habitats. Trophic relationships between fishes and their prey were characterized by identifying fish stomach contents and conducting SIA of fishes, invertebrates, and primary producers (e.g., algae and plants). Laboratory-based parasite feeding experiments were conducted in a closed saltwater research system to understand stable isotope tissue turnover rates in fish hosts in a controlled environment. The laboratory-based data will be used as a foundation for future parasite and fish stable isotope studies. DNA barcoding (a taxonomic method that uses genetic material to identify an organism to species), in conjunction with traditional morphology-based identification is being used to assist taxonomic identification and understanding of the diversity within habitats. Additionally, DNA barcoding will help to identify marine organisms in fish stomachs, thus providing data on prey consumed by reef fishes.

Future Steps: Data processing and analysis are currently underway to provide information on the trophic relationships and habitat use by various fauna, as well as the tissue stable isotope turnover rates from the dietary studies.  Understanding the complex biological interactions among transient and resident fish and invertebrates will be helpful in management of both protected species and those of economic importance. These data will help in the evaluation of the effectiveness of marine reserves and protected areas in the Virgin Islands and Puerto Rico, important unincorporated territories of the United States. This information is of use to several partner agencies, including the National Park Service and NOAA. 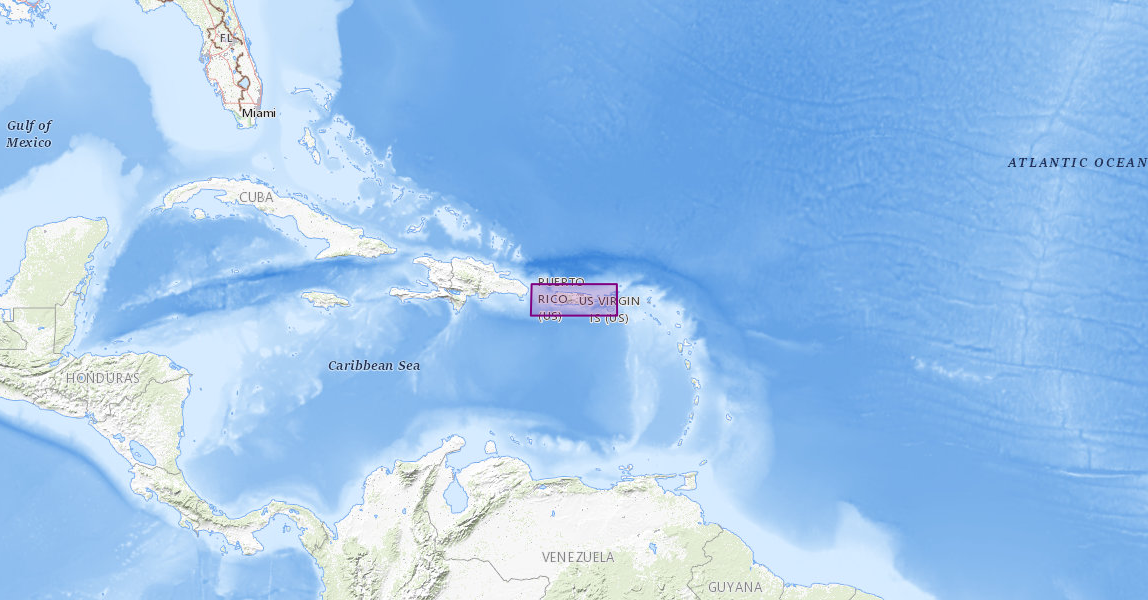 Despite being one of the most prevalent forms of consumerism in ecological communities, parasitism has largely been excluded from food-web models. Stable isotope analysis of consumers and their diets has been widely used in the study of food webs for decades. However, the amount of information regarding parasite stable isotope ecology is limited, restricting the ability of ecologists to use stable
By
Ecosystems, Wetland and Aquatic Research Center
November 29, 2017

The importance of the role that parasites play in ecological communities is becoming increasingly apparent. However much about their impact on hosts and thus populations and communities remains poorly understood. A common observation in wild populations is high variation in levels of parasite infestation among hosts. While high variation could be due to chance encounter, there is increasing eviden
By
Ecosystems, Wetland and Aquatic Research Center
April 24, 2017

The role of parasites in trophic ecology is poorly understood in marine ecosystems. Stable isotope analyses (SIA) have been widely used in studies of trophic ecology, but have rarely been applied to study the role of parasites. Considering that some parasites are associated with altered host foraging patterns, SIA can help elucidate whether parasitism influences host trophic interactions. French g
By
Ecosystems, Wetland and Aquatic Research Center
January 20, 2015

Parasitism, although the most common type of ecological interaction, is usually ignored in food web models and studies of trophic connectivity. Stable isotope analysis is widely used in assessing the flow of energy in ecological communities and thus is a potentially valuable tool in understanding the cryptic trophic relationships mediated by parasites. In an effort to assess the utility of stable
By
Ecosystems, Wetland and Aquatic Research Center
August 29, 2012

Trophic linkages within a coral-reef ecosystem may be difficult to discern in fish species that reside on, but do not forage on, coral reefs. Furthermore, dietary analysis of fish can be difficult in situations where prey is thoroughly macerated, resulting in many visually unrecognisable food items. The present study examined whether the inclusion of a DNA-based method could improve the identifica
By
Ecosystems, Wetland and Aquatic Research Center
February 28, 2012

The Virgin Islands and Puerto Rico contain marine reserves and protected areas that encompass a variety of tropical ecosystems, including coral reefs, mangroves, and seagrass beds. Reserves and protected areas are established for a variety of reasons, such as preserving nursery habitats and biodiversity, or reducing anthropogenic effects associated with pollution and land use. Questions remain reg
By
Ecosystems, Wetland and Aquatic Research Center