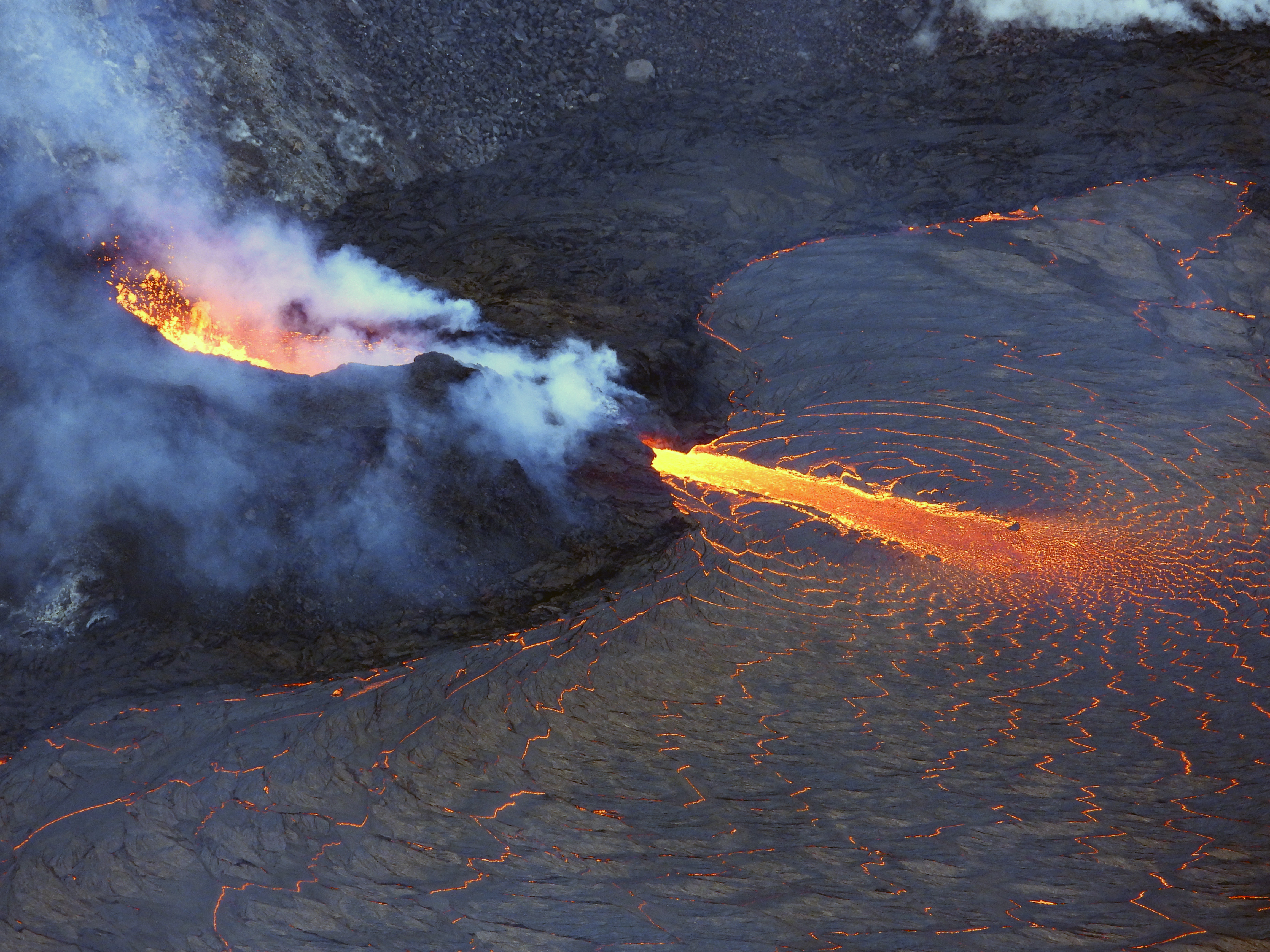 A telephoto image of the west vent in Halema‘uma‘u crater at the summit of Kīlauea. Ponded lava within the spatter cone supplies lava into the lava lake through the tubed-over spillway. The fast-moving lava stream is incandescent as it enters into the lava lake at the base of the cone. As the lava slows and cools, a thin crust begins to form on the surface (center right). This photo was taken from the southern crater rim on November 3, in an area of Hawai‘i Volcanoes National Park that remains closed to the public due to hazardous conditions. USGS photo by L. DeSmither.