A small lake in Britain, before and after an algal bloom. 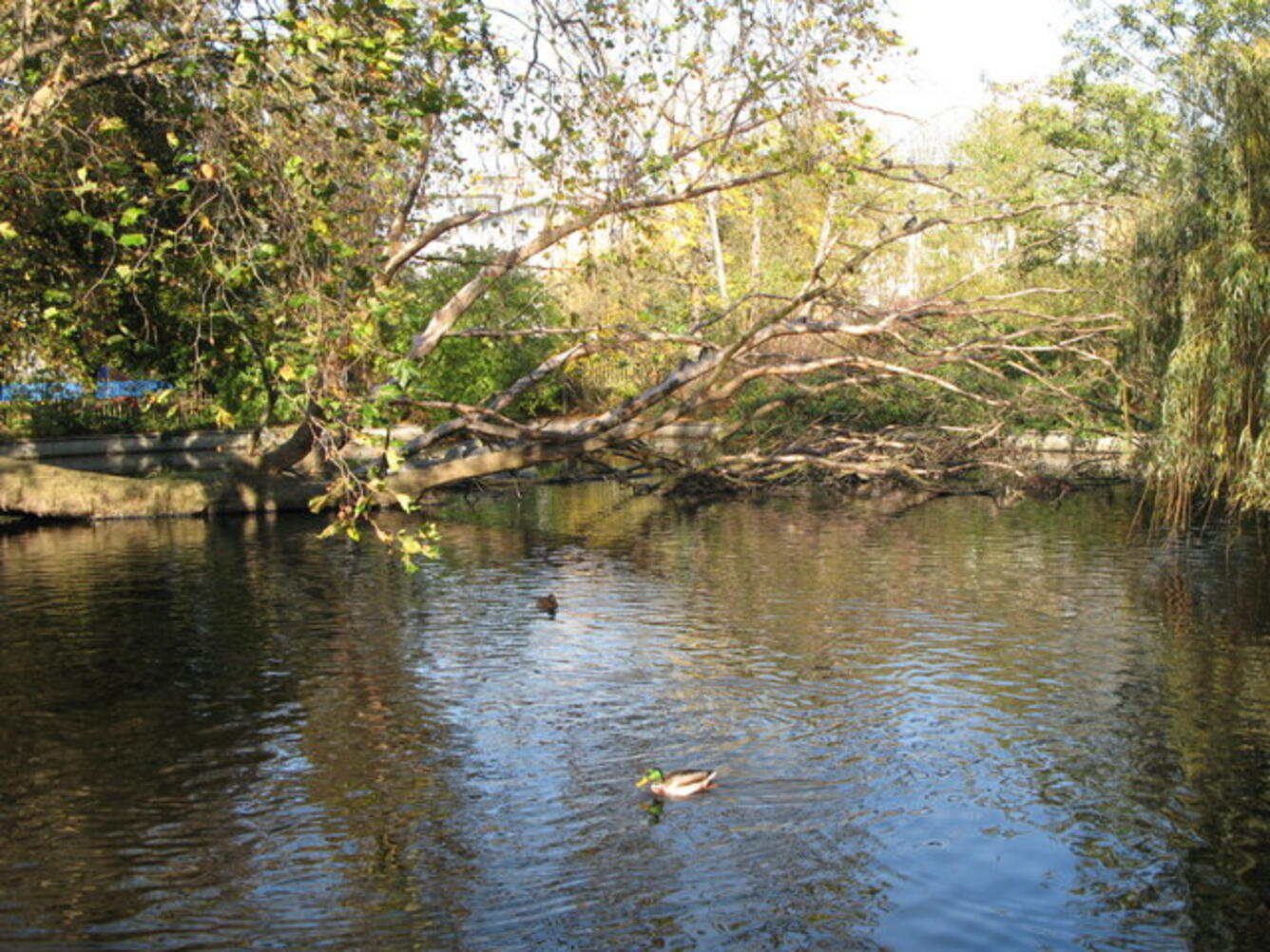 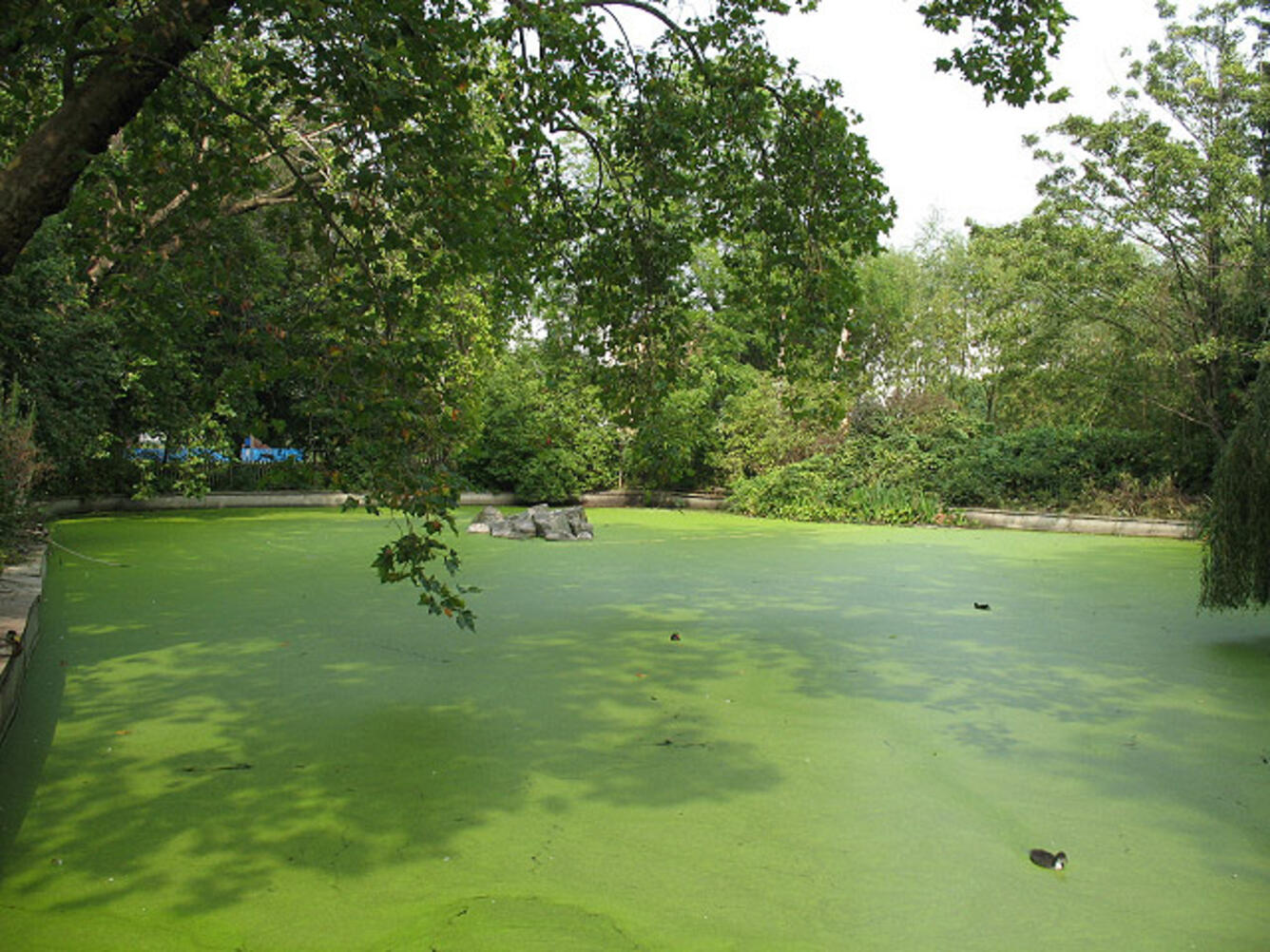 Algal Bloom in a Small Lake in Great Britain

Algal blooms are true to their name—they bloom for relatively short times. But just because they are less than permanent fixtures in the hydrologic landscape doesn't mean that they can't have a big, and nasty, impact on a poor lake subjected to them.

The right-side picture shows Brookmill Park Lake again, 11 months later in September 2009. A number of things—stagnant water movement, high temperatures, and/or an influx of nutrient material, such as lawn fertilizers—could have contributed to the explosive growth of algae to form this thick green mat. I'm not sure if odor was a problem at this time, but I'm sure even if no smells were present, the local residents did not sit by this lake for a pleasant family picnic. Well, at least the duck seems to be enjoying having this lake all to himself, unless he is stuck in the gooey mess and can't get out.