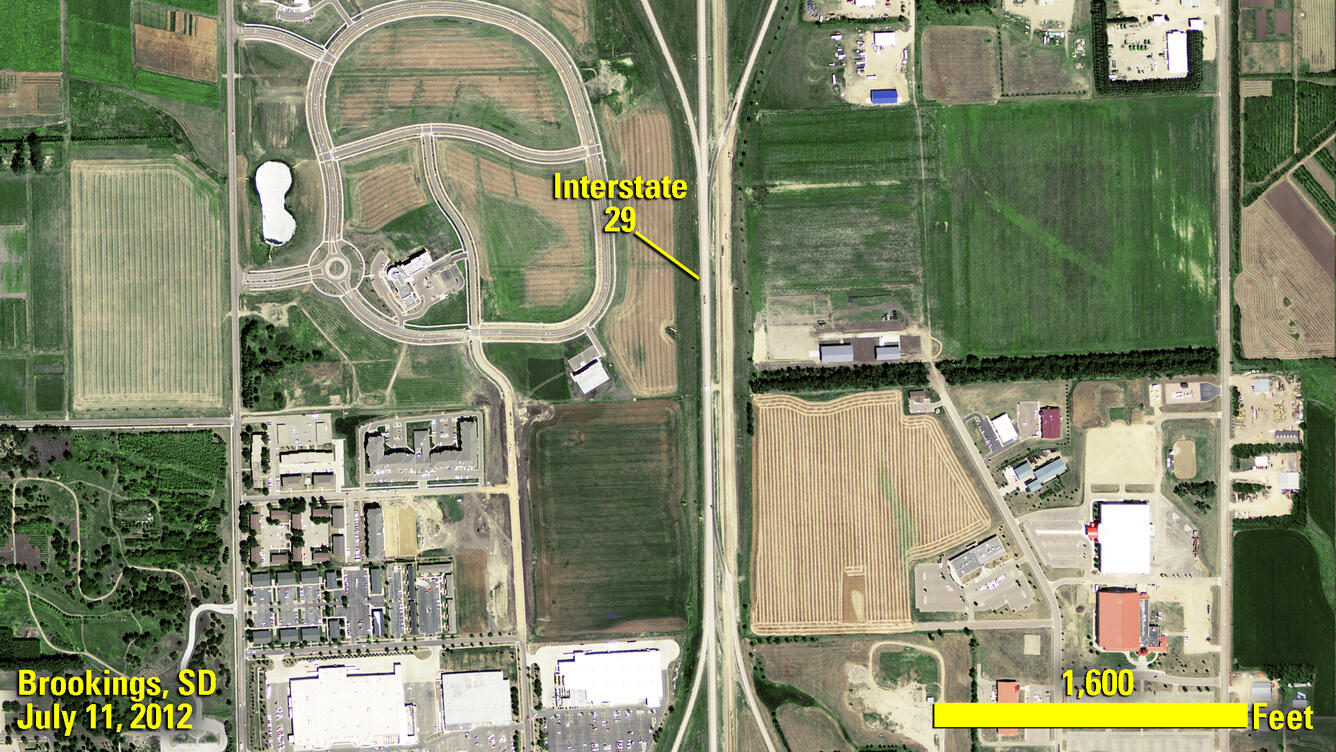 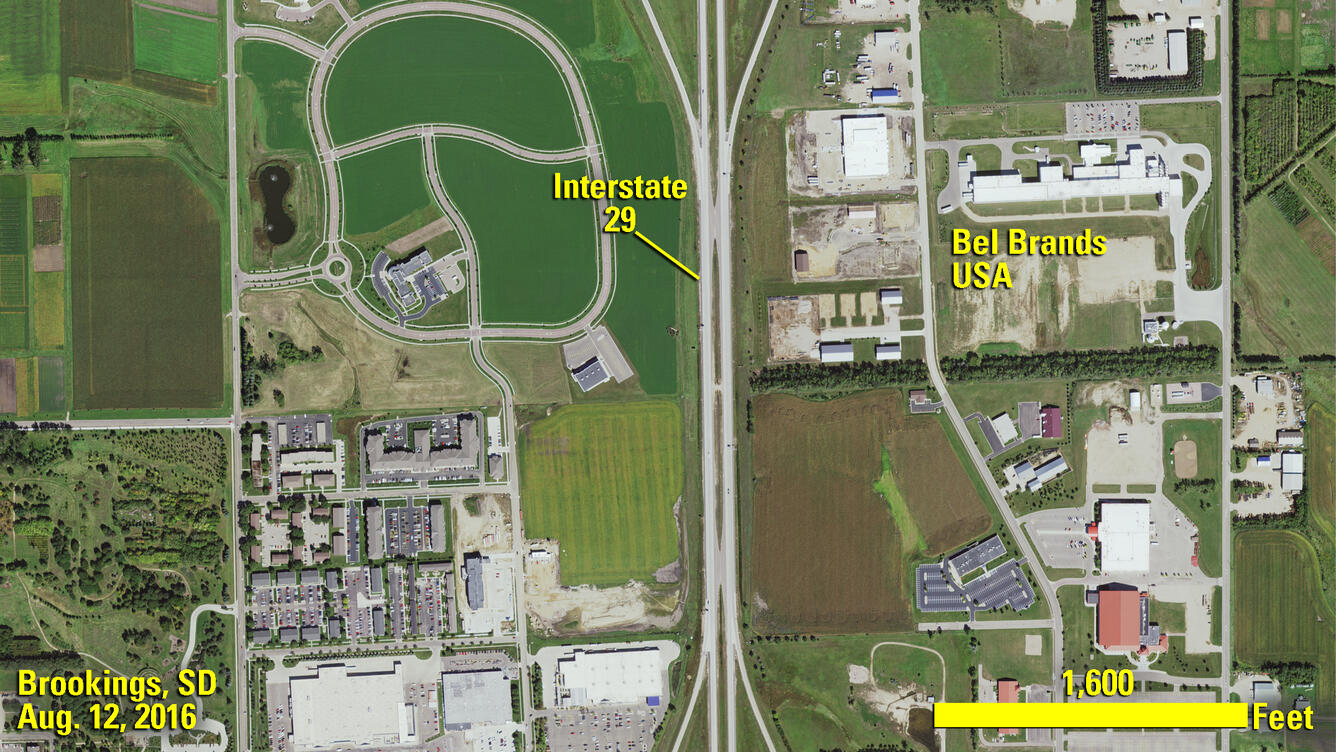 Some of the patterns and drivers of change noted in the 2017 Ag Census estimates are easily recognizable in remotely-sensed imagery of the Earth’s surface.

The number of dairy cows, hogs, and beef cattle grew in several South Dakota counties between 2012 and 2017, for example, even as the number of farms held steady, grew slightly, or even dropped.

Brookings, S.D. welcomed a large cheese manufacturing plant in 2014. That facility’s footprint is evident in these images from the USDA’s National Agriculture Imagery Program (NAIP), which show an area on the city’s northeast edge before and after construction. Brookings County saw a corresponding uptick in dairy cows, according to the 2017 Ag Census, adding more than 5,000 head to its inventory since 2012. The new census logged more small- and medium-scale dairies in the eastern South Dakota county, as well as inventory growth in existing larger dairies.

The USGS Earth Resources Observation and Science (EROS) Center maintains a massive archive of satellite, aerial, and other remotely-sensed imagery that can be used to monitor changes to the Earth’s surface. High-resolution NAIP imagery, collected every two years, is available for download at no charge from earthexplorer.usgs.gov.