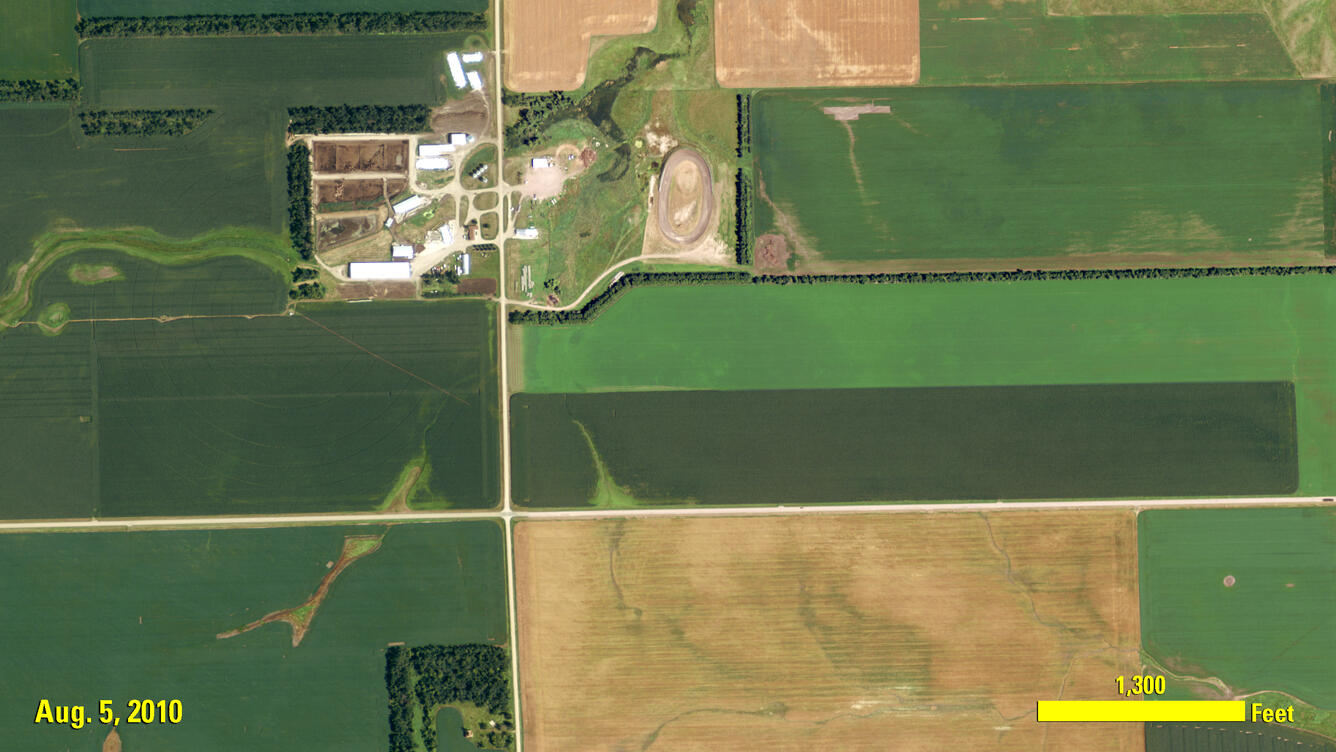 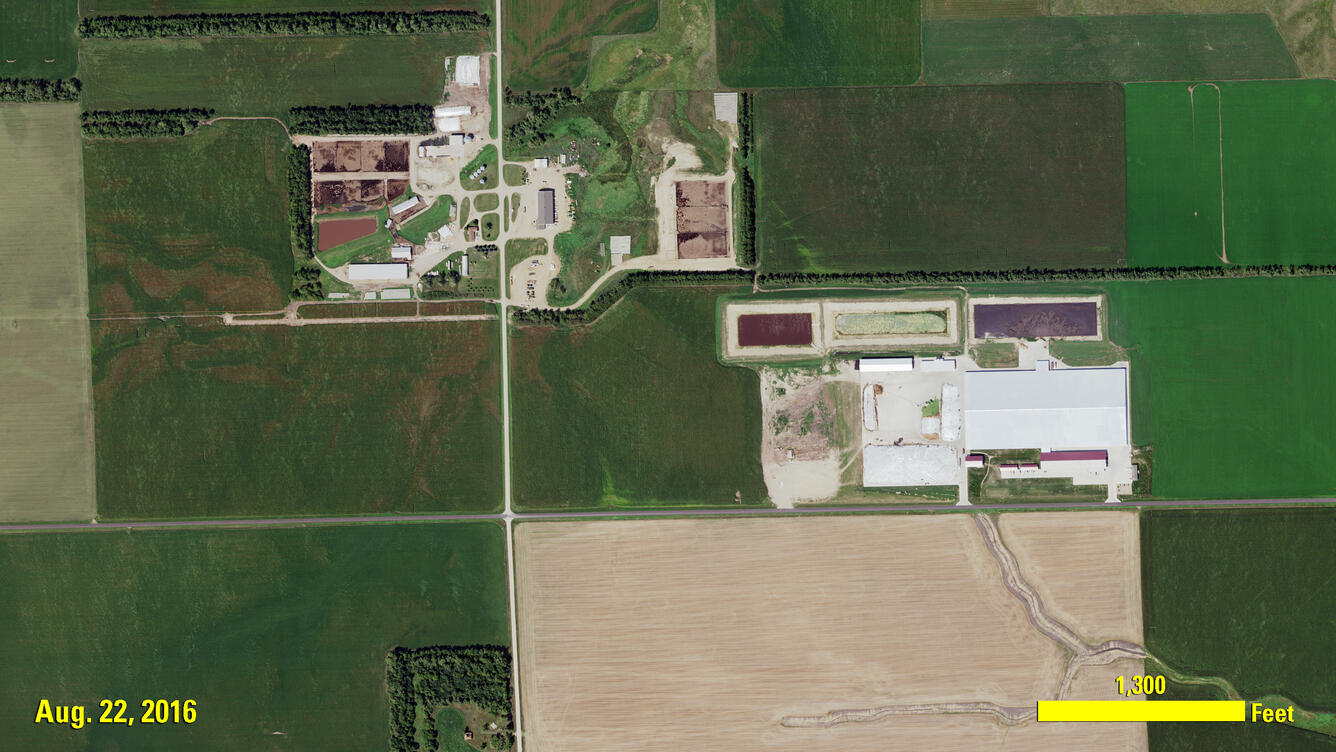 Some of the patterns and drivers of change noted in the 2017 Ag Census estimates are easily recognizable in remotely-sensed imagery of the Earth’s surface.

The number of dairy cows, hogs, and beef cattle grew in several South Dakota counties between 2012 and 2017, for example, even as the number of farms held steady, grew slightly, or even dropped.

The trend of larger operations is evident in Grant County, whose county seat of Milbank is home to an expanding cheese plant. Grant County more than doubled its inventory of dairy cows in the 2017 Ag Census, but reported fewer total dairies. Around 92 percent of the county’s dairy cows are housed in operations of 500 or more animals.

Aerial photos collected through the USDA’s National Agriculture Imagery Program (NAIP) show the change to one farming operation near the northwestern edge of the county. A 2014 expansion added several thousand dairy cows. The liquid manure pooled to the north of the new barns can be used as fertilizer on surrounding cropland, which is also expanding in the county. Harvested acres in Grant County have grown by nearly 16,000 acres since 2012.

The USGS Earth Resources Observation and Science (EROS) Center maintains a massive archive of satellite, aerial, and other remotely-sensed imagery that can be used to monitor changes to the Earth’s surface. High-resolution NAIP imagery, collected every two years, is available for download at no charge from earthexplorer.usgs.gov.