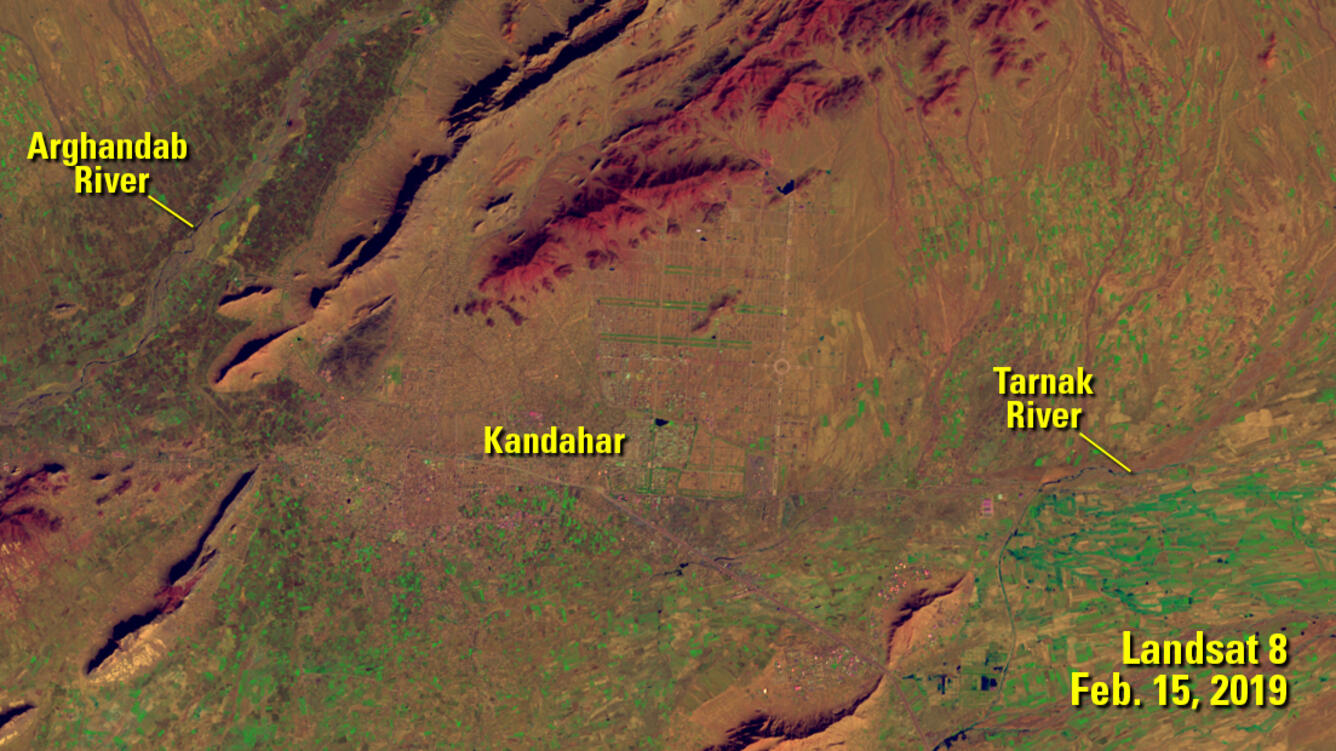 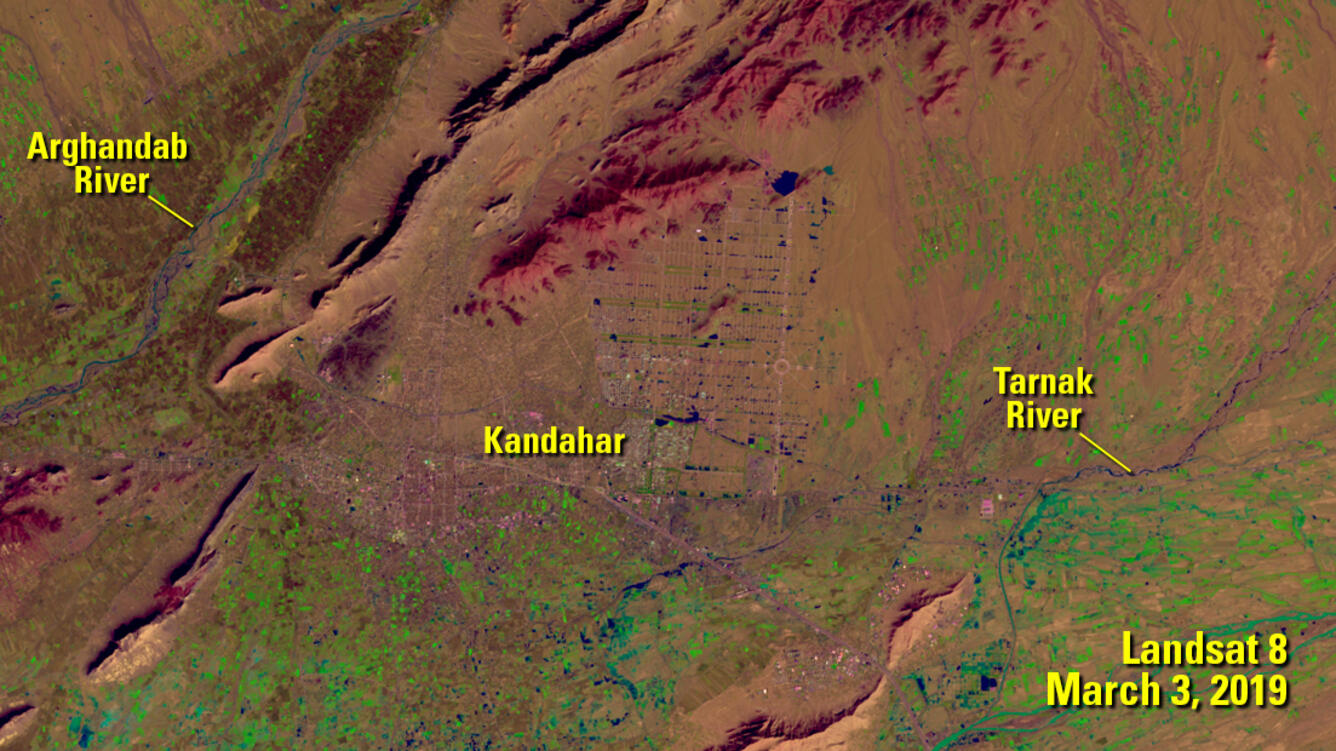 Nearly four inches of rain in 30 hours drenched the second-largest city in Afghanistan at the beginning of March, causing flash floods that killed at least 20 people, collapsed homes and swept away moving vehicles.

Kandahar, located in the south of Afghanistan near the border with Pakistan, is home to more than half a million people. An estimated 600 homes were flooded in the city alone, prompting evacuations of flood-affected families to schools and mosques in secure areas of the city.

Landsat 8 captured images of Kandahar on Feb. 15 and March 3, 2019. Bands 7, 5, and 1 of the satellite’s Operational Land Imager (OLI) were used to highlight the pools of water that emerged after the rapid rainfall. Band 1, known as Landsat’s “Ultra Blue” or coastal/aerosol band, is especially sensitive to shallow water.

Only a few pools of water are visible in dark blue in the February image. The Arghandab and Tarnak rivers appear as thin traces of blue on either side of the city. On March 3, both rivers have swollen into bright blue lines, and pools of floodwater are scattered throughout the scene, extending from the urban areas around Kandahar into the bright green fields south and west of the city.

Landsat imagery is a valuable tool for monitoring natural and manmade disasters around the world. Imagery is available for download at no charge from earthexplorer.usgs.gov, landatlook.usgs.gov, and glovis.usgs.gov.