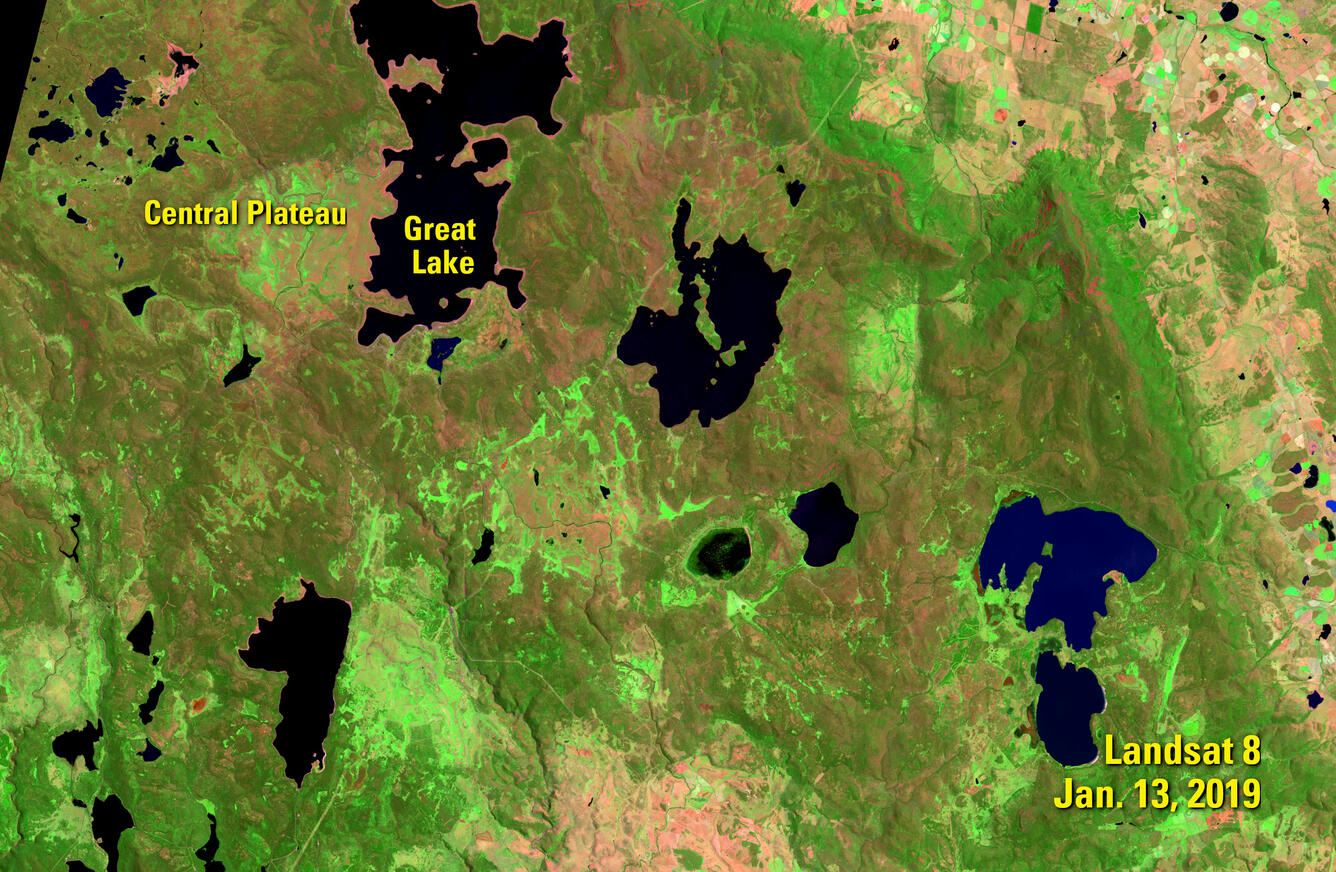 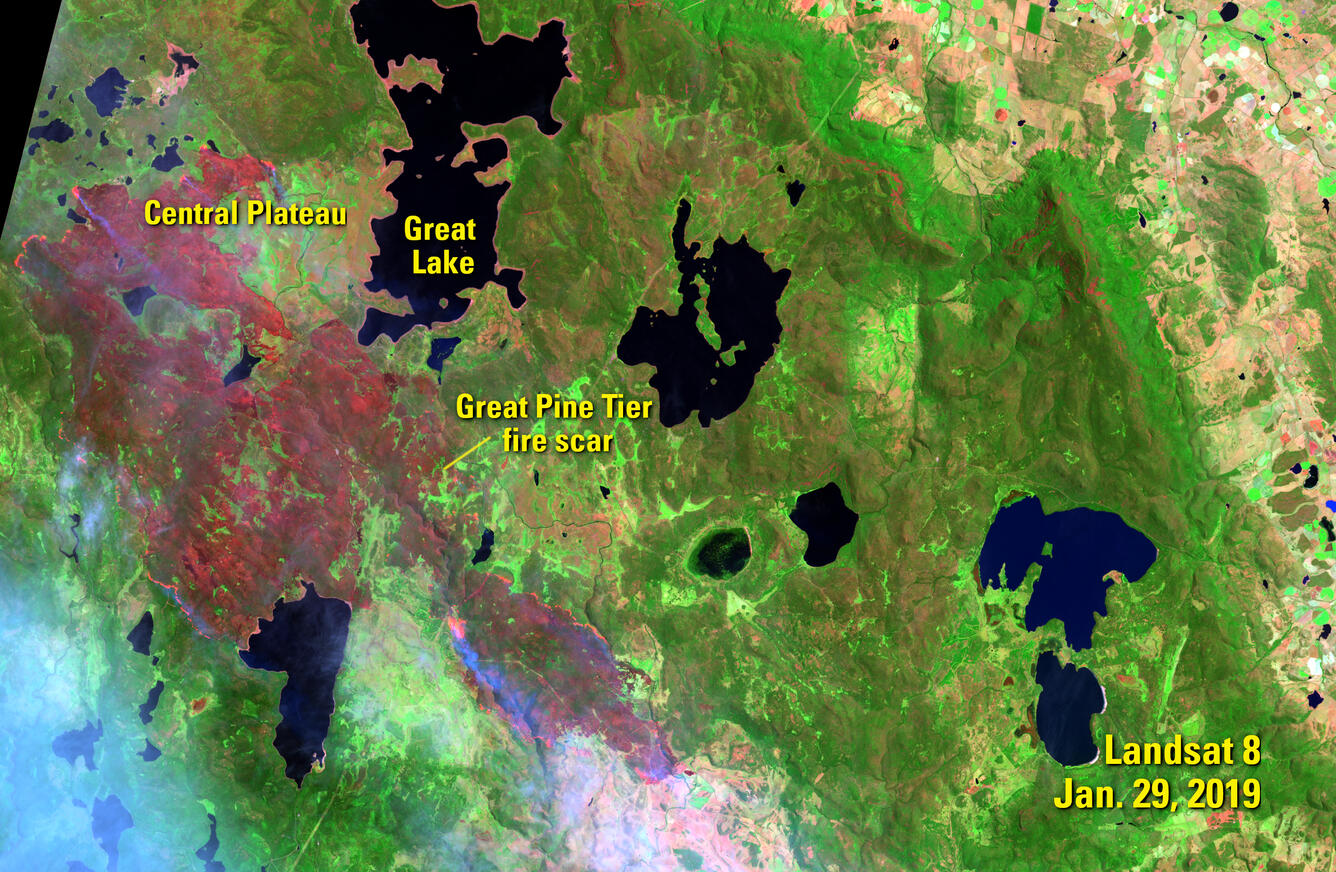 These Landsat 8 images depict the damage done by the Great Pine Tier fire in Tasmania’s Central Plateau. The first image was acquired on Jan. 13, 2019, three days before the Tasmania Fire Service announced that lightning strikes had ignited dozens of fires across the island state. The second shot, from Jan. 29, 2019, shows the extent of the fire’s spread in the two-week period that followed. Bands 7 and 5 of the satellite's Operational Land Imager render active fires in a glowing orange, with smoke creating a bluish haze in the lower left-hand portion of the image. As of Feb. 7, the fire had consumed more than 55,000 hectares, or nearly 136,000 acres.