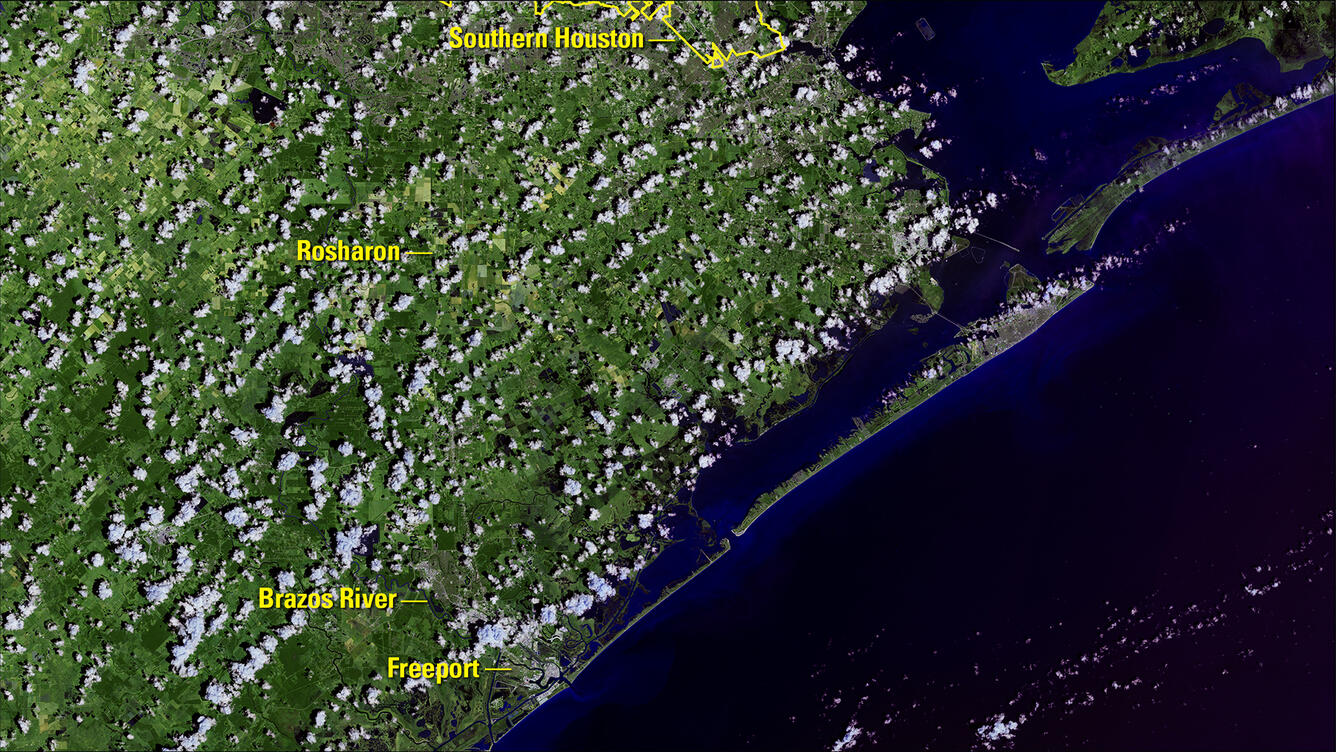 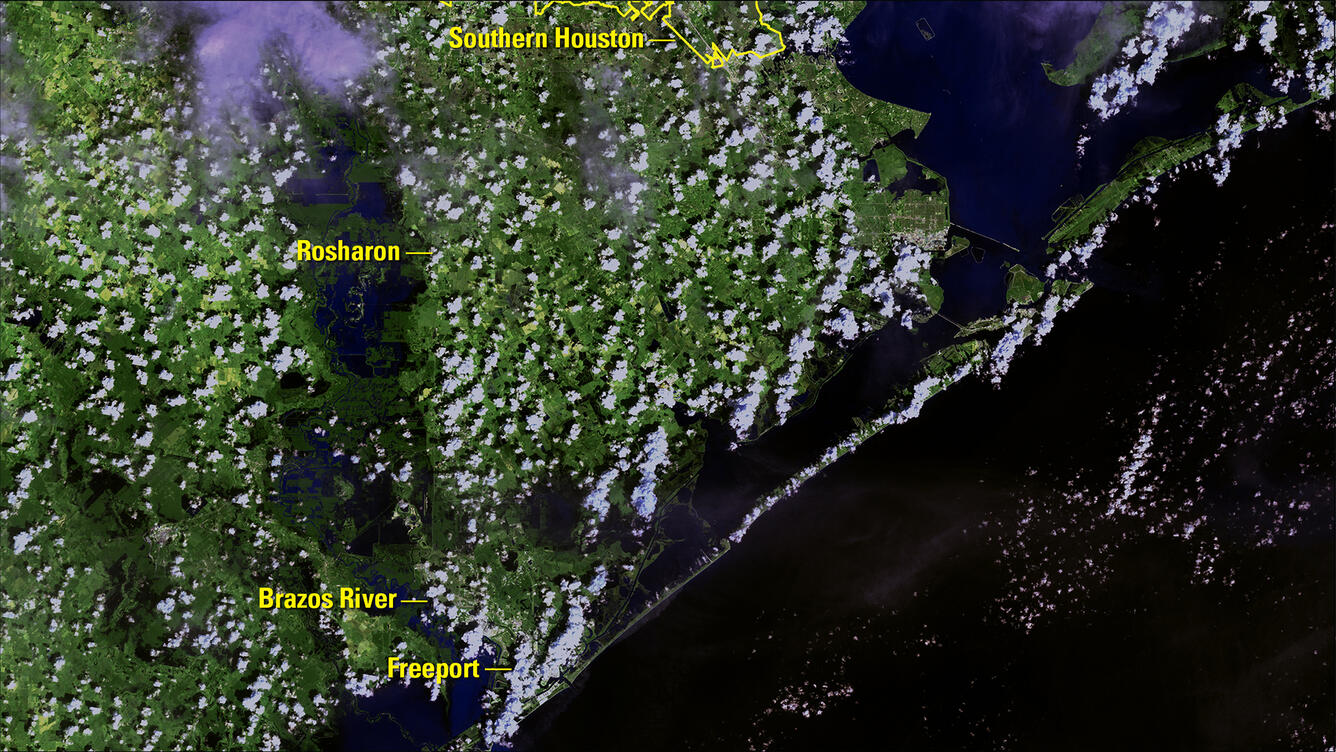 Extensive flooding inundated the Gulf Coast of Texas after Hurricane Harvey made landfall as a Category 4 hurricane on August 25, 2017. Among the many waterways in southeastern Texas that exceeded flood stage was the Brazos River, which flows past Houston to its west and to the Gulf of Mexico at Freeport. A USGS streamgage on the Brazos near Rosharon showed that a river level normally at around 10 feet peaked at 52.65 feet on August 29. That was about 10 feet above flood stage.

Even with scattered clouds in these Landsat images, the extent of flooding on the landscape just south of Houston is evident. The Landsat 8 image from August 12 shows the area before the storm hit. Landsat 7 passed over the same area on September 5 to show the flooded Brazos River.

Landsat continues to monitor the extent of the flooding caused by Hurricane Harvey.