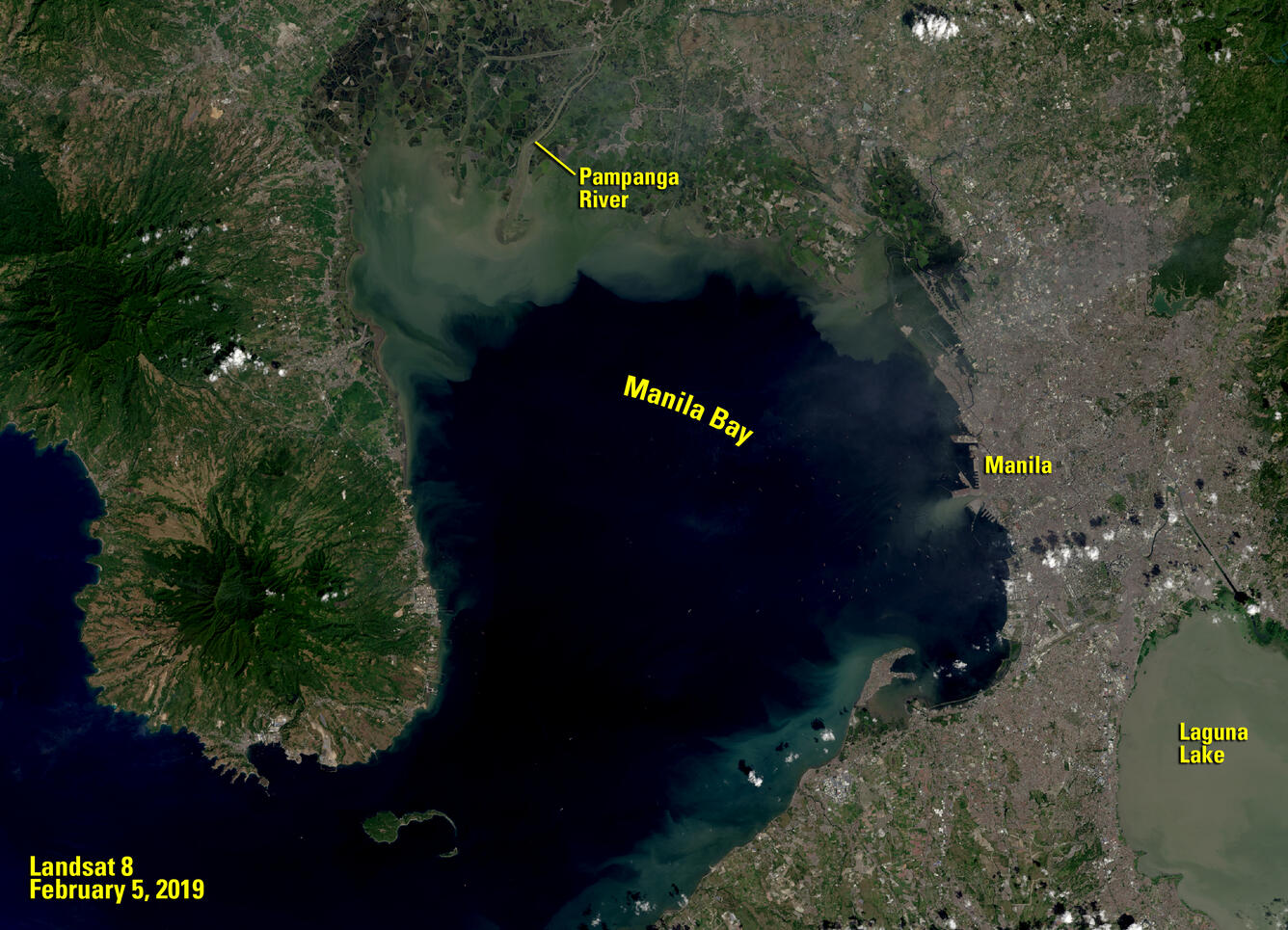 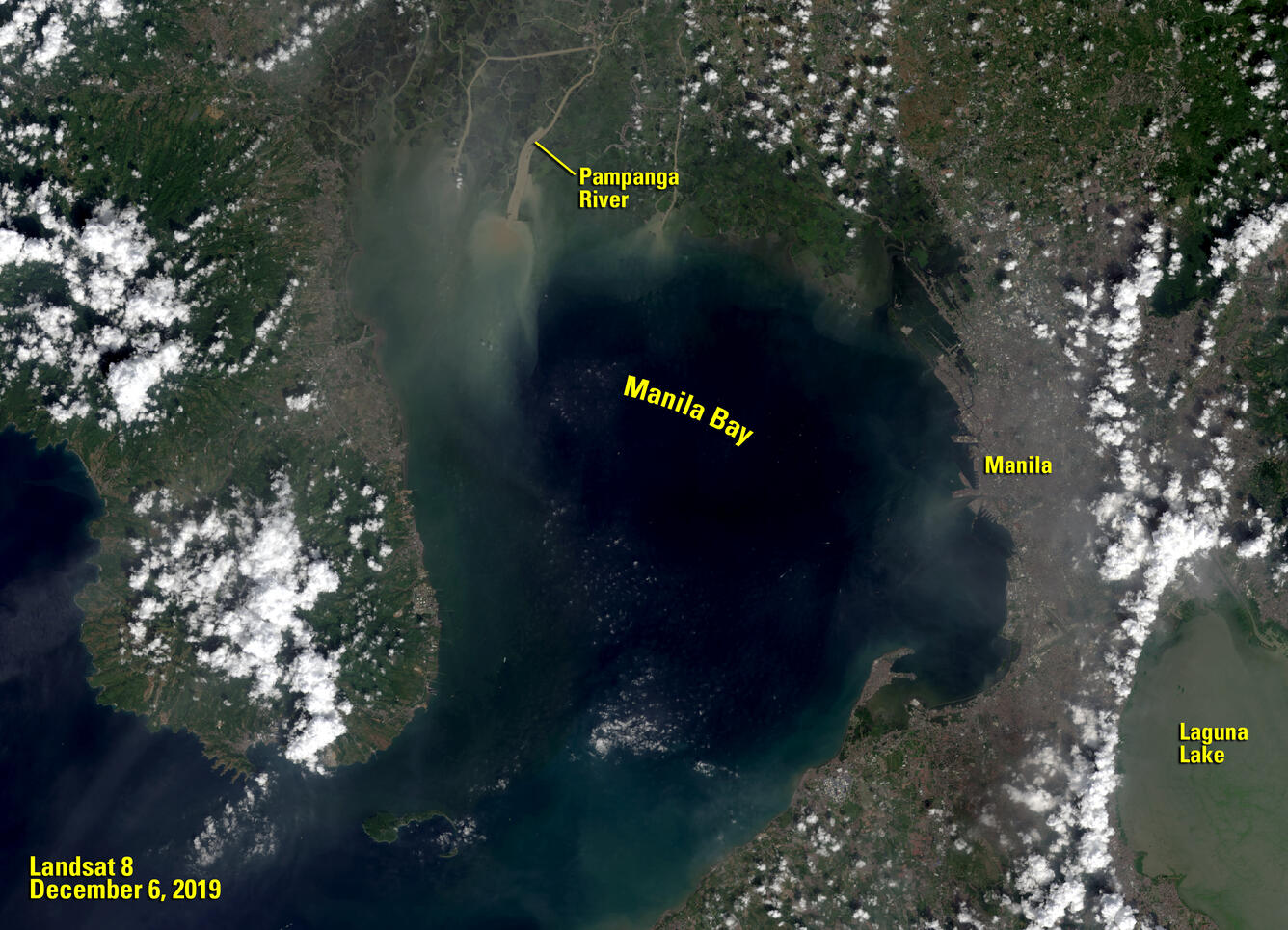 Tropical storm season in the Pacific tends to be most dangerous from June to October, but serious storms do not always respect a schedule.

Typhoon Kammuri, which made landfall around 240 miles southeast of the Philippine capital of Manila on December 2, 2019, proved to be the most impactful of the year in a Southeast Asian nation that faces eight or nine tropical storms annually.

The storm arrived with winds of 130 miles an hour before weakening, and dropped 6-14 inches of rain across the country. A government assessment released a week after the storm tallied an impact to 1.3 million residents, with more than 90,000 remaining in temporary shelter. The summary includes reports of 12 deaths, and damage to more than a quarter million houses, schools, hospitals and other structures.

Moderate-resolution imagery from Landsat satellites cannot detect damage to individual homes, but it can offer insight into the landscape-scale impacts of a typhoon.

The first image above is a natural color image of Landsat 8 data captured over Manila Bay on February 5, 2019, showing more typical conditions. Swirls of sediment draining from the Pampanga River delta are present on the northern edge of the Bay in shades of tan and brownish blue-green.

In the second image, captured four days after Kammuri’s arrival, the muddy tan color of flowing sediment is brighter and more distinct in the river and its forked tributaries. The color stream pushes forcefully into the deep navy blue waters of the bay from the coastal delta, suggesting runoff from heavy rains.

The International Charter Space and Major Disasters was activated for Typhoon Kammuri on December 2. Imagery from Landsat and a variety of other satellite sources is being ingested and distributed to public agencies through the USGS Hazards Data Distribution System (HDDS), maintained by the Earth Resources Observation and Science (EROS) Center.