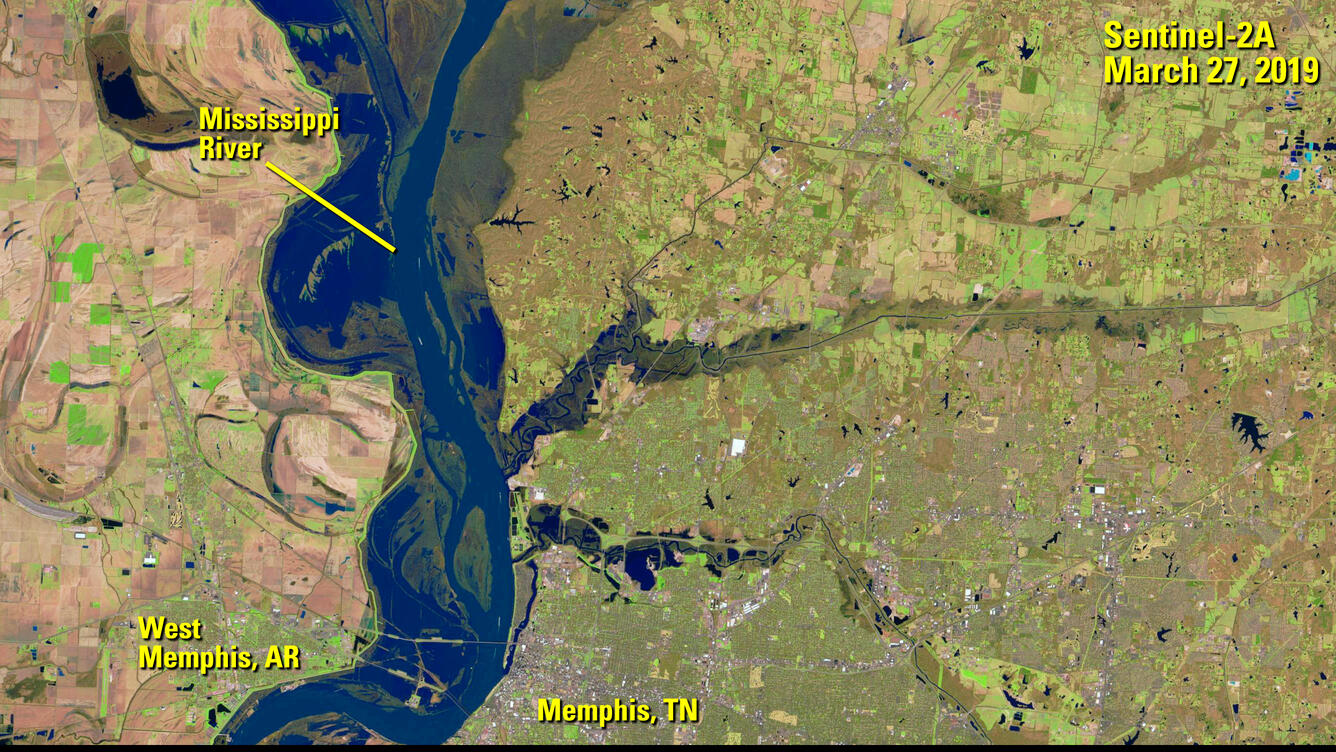 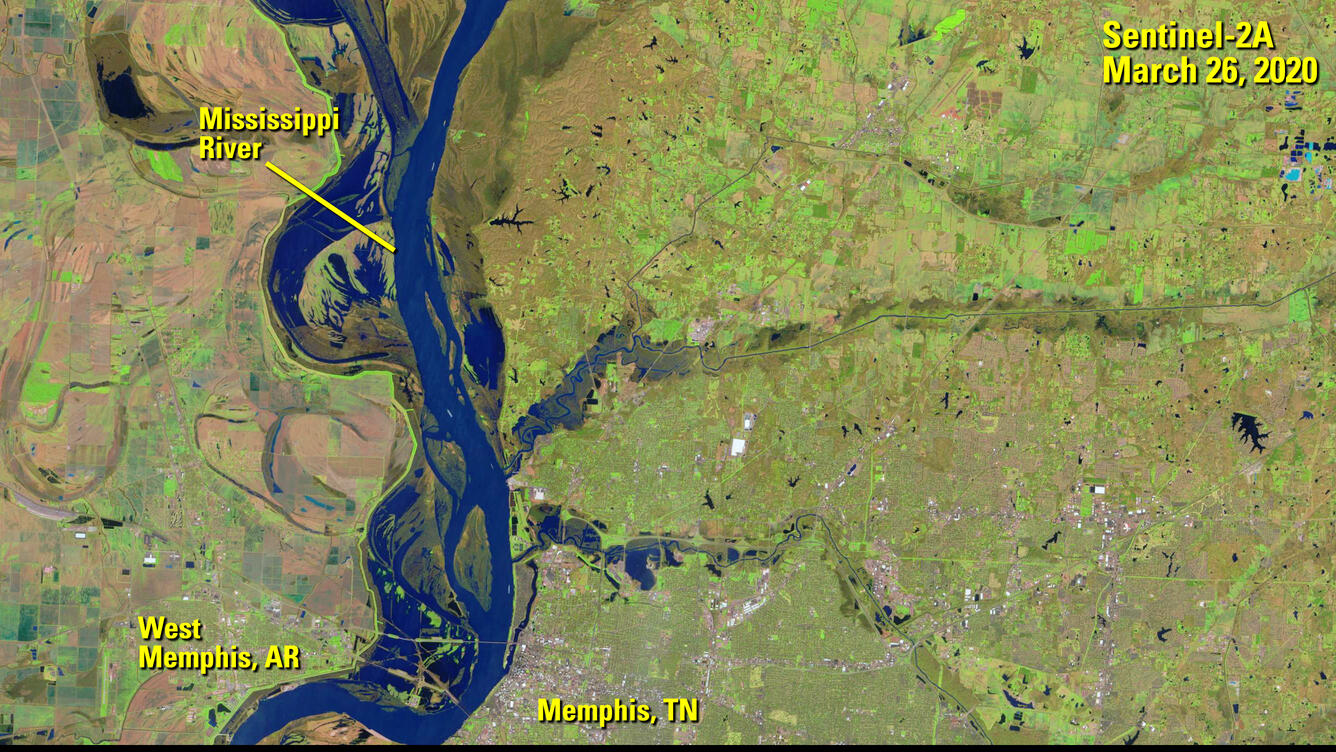 In 2019, communities in the U.S. dealt with historic spring flooding from rivers like the Missouri and Mississippi. Some parts of the south – including the area seen in this pair of images – are still looking at flood risk, but the risk is slightly lower than 2019.

These images from the Europe’s Copernicus Sentinel-2A satellite highlight the difference.

The USGS streamgage at Memphis recorded the Mississippi River’s height at 35.66 feet at the time the 2019 image was captured, a drop of nearly six feet from its March 4th peak.

The 2020 image was collected as that streamgage height measured 32.41 feet, in a March that saw less water overall moving south through the Mississippi than in the previous year.

Even so, the river has topped flood stage more than once this year in the area. The gage height ticked up in the days following the image’s collection, nearing 36 feet as of March 31 – two feet above minor flood stage.

There are other noteworthy differences in the imagery, as well. The winter of 2019-2020 has been warmer, and spring green-up has come earlier. The false color 2020 image shows more green vegetation.

Another notable difference that can’t be seen: In 2019, the gage height was falling by March 27. In 2020, the waters have continued to rise. The National Weather Service has issued a flood warning for Shelby County, TN until April 12, 2020.

Data from Sentinel satellites is available at no cost through EarthExplorer. Major floods are also monitored with the aid of the USGS Hazards Data Distribution System (HDDS), maintained by the USGS Earth Resources Observation and Science (EROS) Center near Sioux Falls, SD.