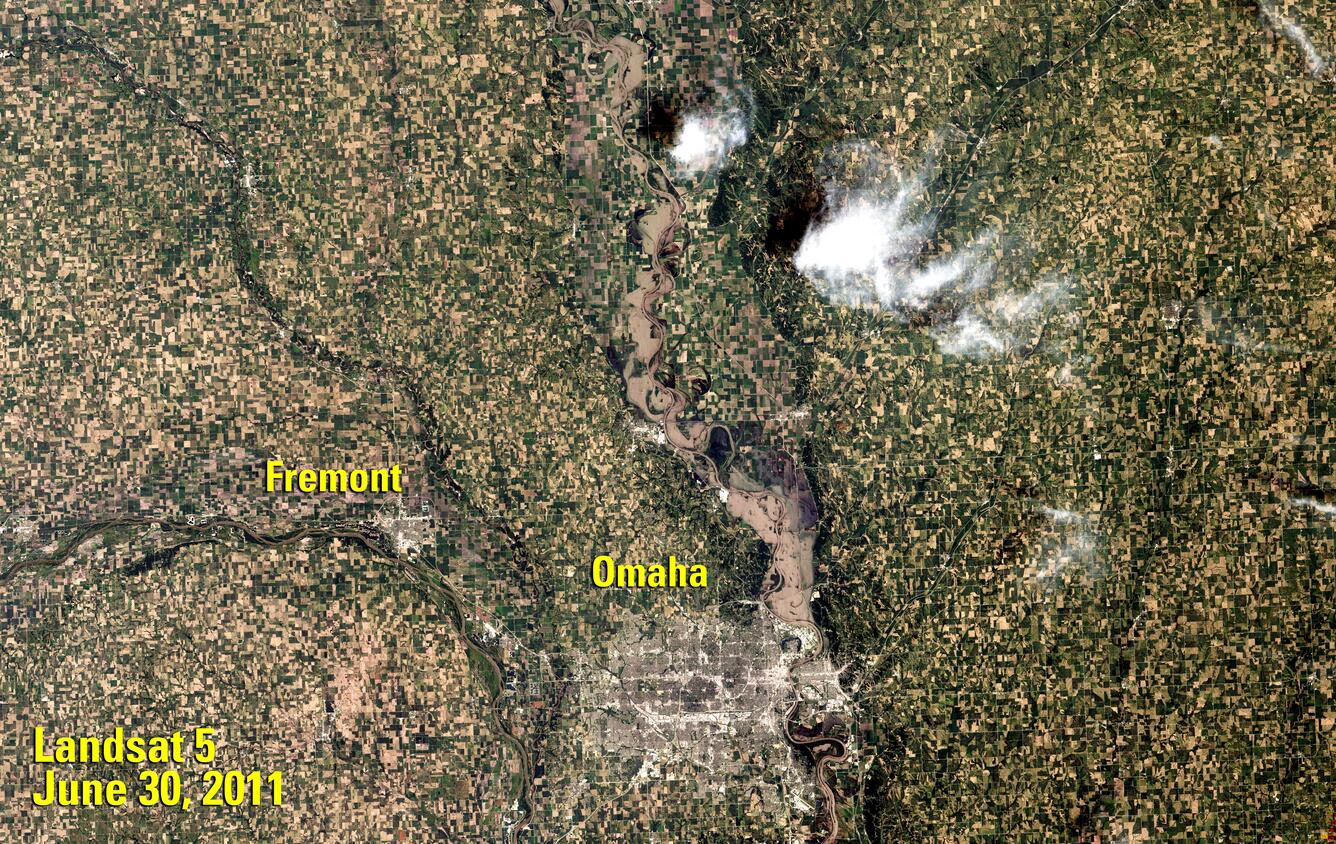 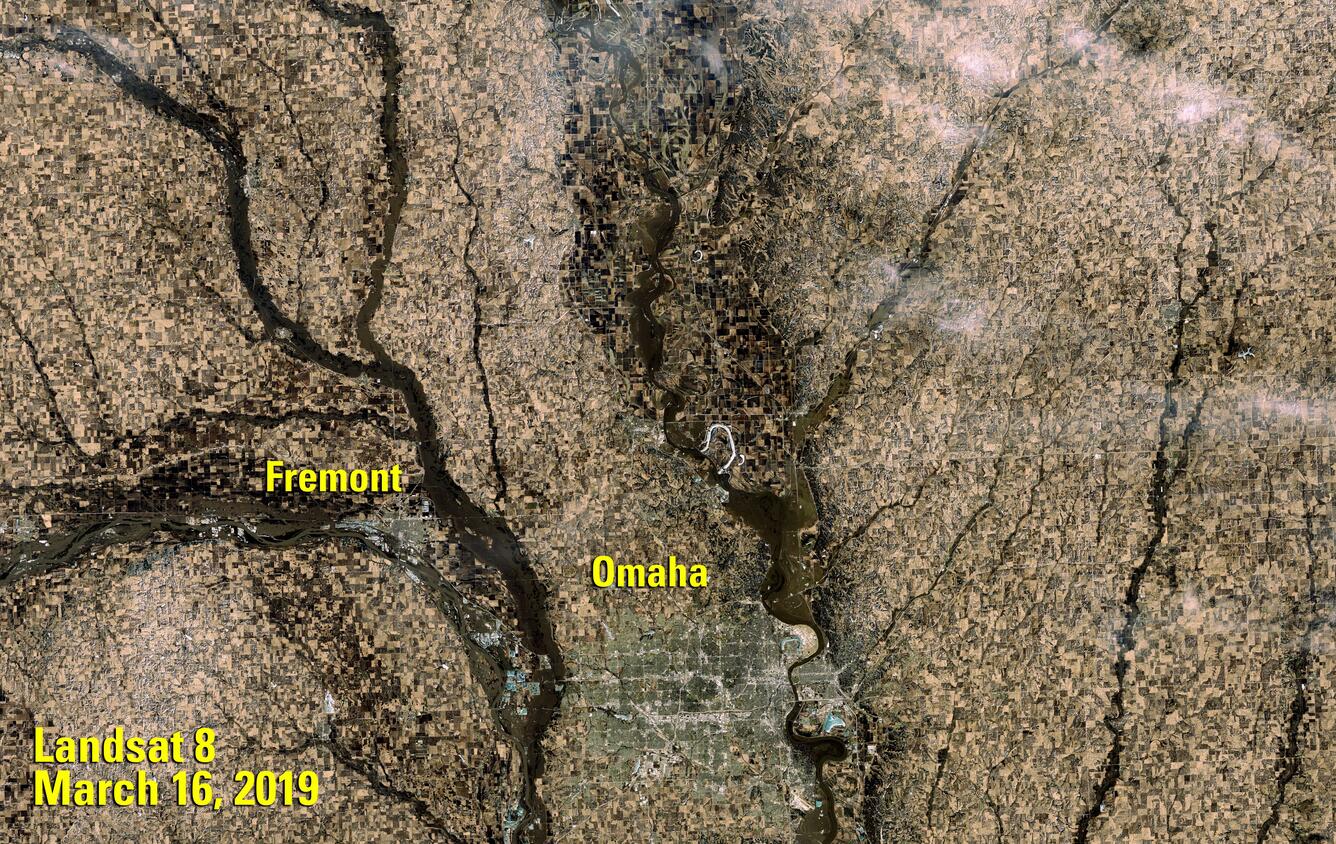 The Missouri River experienced severe flooding in 2011, but flooding in 2019 has been more extensive. The first image, from Landsat 5, shows flooding in June of 2011. The second, from Landsat 8, shows flooding from March of 2019. Green vegetation is pronounced in the summer scene, which was captured amid a long-term flood event spurred by Rocky Mountain snowpack and high rainfall totals. The floodwaters appear tan in the earlier image, whereas waters in the recent scene appear dark, spread across uncropped fields. The 2019 scene also shows how flooding impacted the Missouri River’s tributaries.