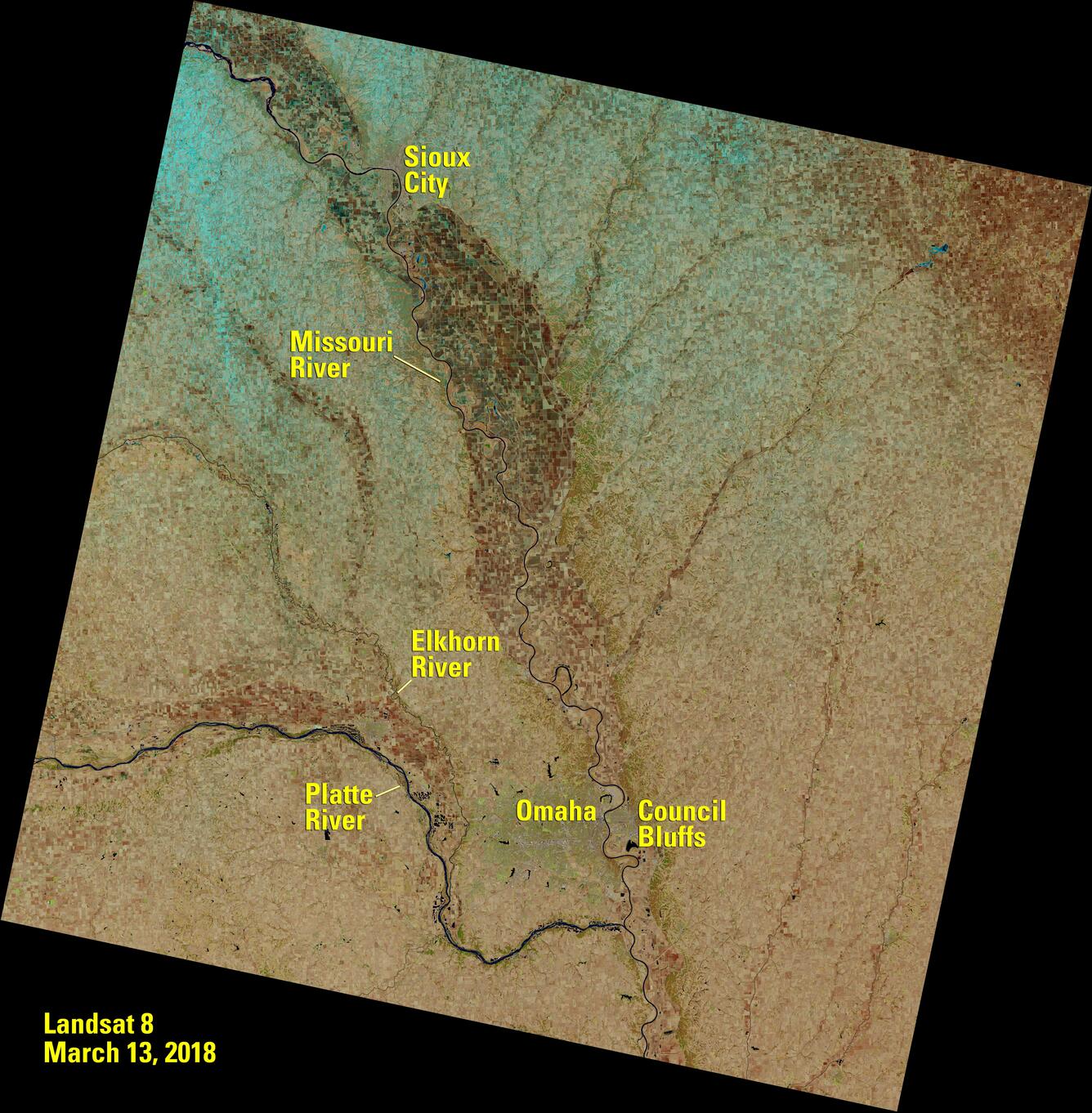 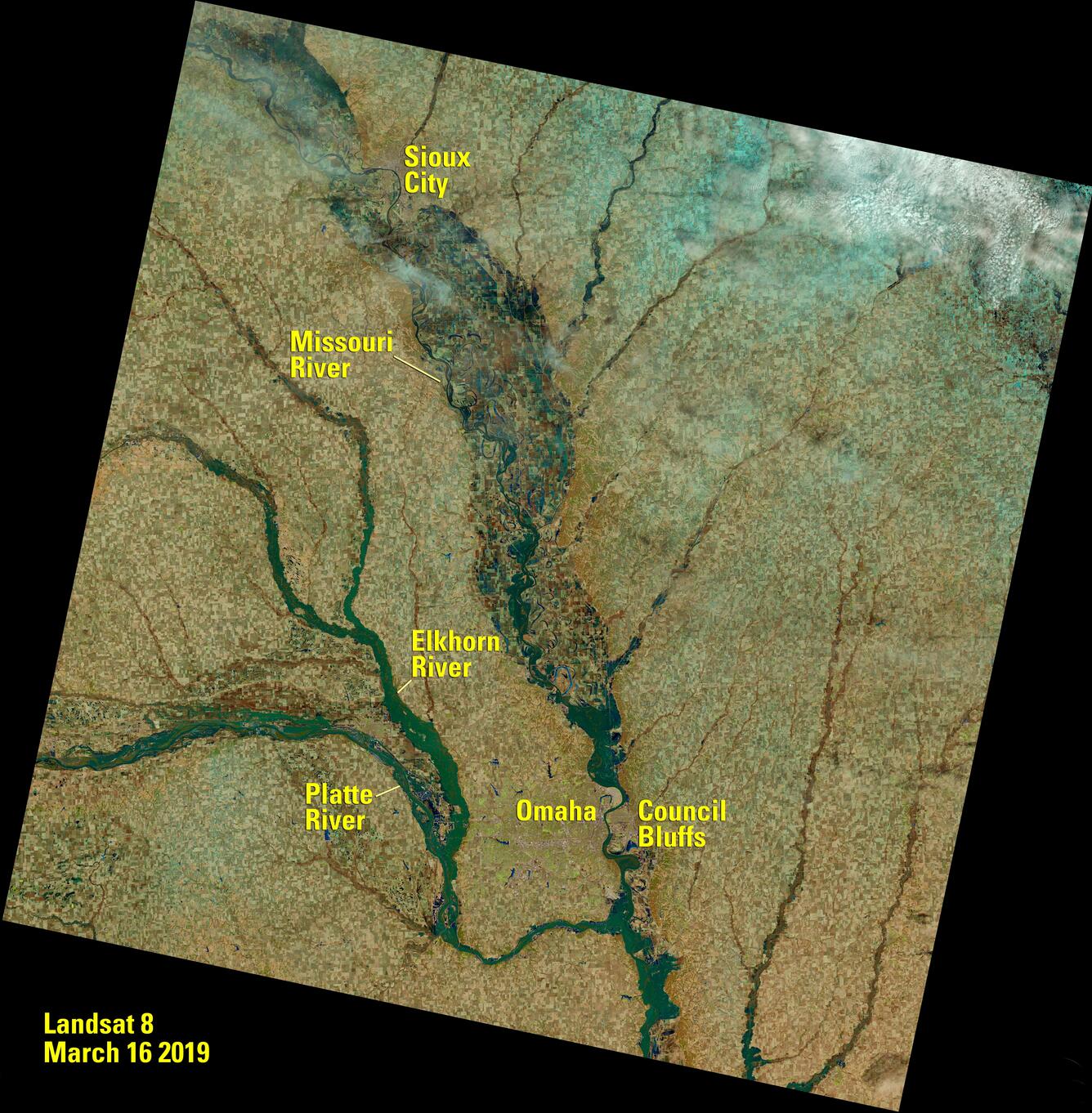 Landsat images from March of 2018 and March of 2019 show a stretch of the Missouri, Platte, and Elkhorn rivers in a full scene that stretches from just north of Sioux City, IA, to south of Omaha, NE. The first image shows the rivers at normal levels. The second highlights the extent of flooding along all three rivers and the cities built along them one year later.